The last day of a vacation is bittersweet. But what if you make it the first day of your new life? That’s what Boulder, Colorado’s Megan Haertling and her new husband did during the final sunset of their honeymoon. “We loved Hawaii so much we made a commitment right then and there to live in the islands,” says Haertling. The newlyweds flew home, sold whatever they could, quit their jobs, turned around, and went back to their paradise. “My father is a scientist. He thought we were crazy,” she admits. “We stayed in a hostel and drove a rental car around trying to get any kind of jobs we could. It became a struggle, believe me. At one point I was down to my last 11 dollars.” 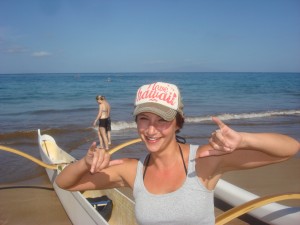 Less than a year later Haertling’s husband has a position at a college and she has a dream job as public relations director at the beachfront, all-suite, luxury Fairmont Kea Lani Resort, in Wailea, on Maui.

Just across the street from the Fairmont, at Wailea Golf Club, Rusty Hathaway has a similar story. He visited Wailea on vacation from his home in Alaska and decided he liked the 50th state better than the 49th. “I took a job washing golf carts and cleaning up,” Hathaway recalls. Now, 35 years later, he’s the head professional. “I almost hate going on vacation because I love it here so much. When my vacations are over, at least I know I get to come back to Wailea.” 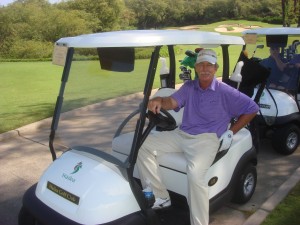 Rusty Hathaway, managing Wailea after leaving Alaska 35 years ago, is now one of the deans of Hawaiian Golf.

Hathaway saw Wailea’s Gold course host golf greats including Jack Nicklaus, Arnold Palmer, and Gary Player during its’ 10 years of hosting the Senior Skins Game, but the setting is the star of the show. The garden-like gold, emerald and Old Blue courses play hundreds of feet above the Pacific and offer panoramic views of Molokini crater and the islands of Lana’i and Kaho’olawe.

Fairmont Kea Lani’s general manager, Charles Head, an avid golfer, was so enchanted by the resort that he left a position at theScotland’s Fairmont St. Andrews, the sacred sod of the game. “My commute to and from work here on a road beside the Pacific has me seeing sunsets and whales along my way,” admits Head. “I’d say I am here in Wailea to stay.” 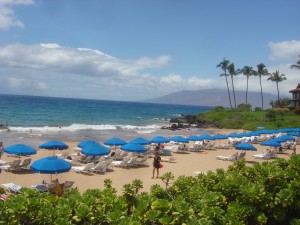 Your vacation in Wailea may not last a lifetime…but the memories will!