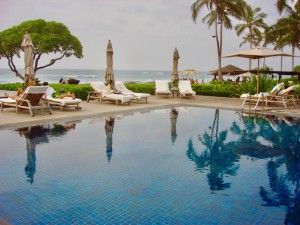 There is growing talk, if not a groundswell, for conducting American Presidential elections by a national popular vote count instead of by awarding varying number of electoral votes assigned to each individual state. The current campaign strategy to target only “battleground states” has left much of America in the cheap seats in terms of candidate appearances. While Richard Nixon fulfilled his pledge in 1960 to campaign in all 50 states, Mitt Romney and Barack Obama in 2012 campaigned in only 12 because the others were considered “unwinnable” by either party or offered too few “electoral votes.” An election determined by total votes instead would mean every vote cast everywhere would count – making every state, even the “flyovers,” in play. Candidates would happily once again get to make festive summer and autumn appearances in some of these currently ignored but nevertheless great locations still popular with tourists. If I were campaigning, here are the “red and blue states” I would make selfish stops in:

I’d likely not win the election, but I’d sure campaign in style!

Travel Writer Michael Patrick Shiels may be contacted at MShiels@aol.com  His radio program may be heard weekday mornings on 92.1 FM.  His latest book is “I Call Him Mr. President – Stories of Fishing, Golf and Life with my Friend George H.W. Bush”