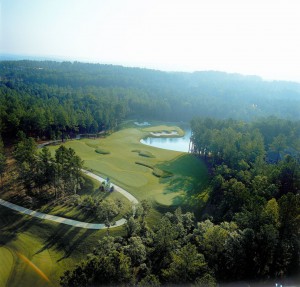 College football bowl games reward student athletes with another chance to compete at the end of the season but they are chiefly a Christmas gift to fans and alumni looking for an excuse to travel to a resort destination during the holidays.

There are some ironic synergies in this tale of the two upcoming sites:

– Both the Wolverine and Spartan bowl games are preludes of sort in that they are staged in stadiums which will host the season’s ultimate championships weeks later. Levi’s Stadium in Santa Clara will also be the site of the College Football Playoff National Championship on January 7; and Mercedes-Benz Stadium in Atlanta will host the NFL’s Super Bowl on February 3.

– The primary exports of both destinations are drinks: Northern California is known as America’s wine country; Atlanta is the world headquarters of Coca-Cola. More than three-million tourists visit wineries and tasting rooms in Napa and Sonoma each year. “The World of Coca-Cola,” in Atlanta, is a 20-acre museum in which guests are immersed, interactively, in the brand’s story and can sample hundreds of regional and international drinks. 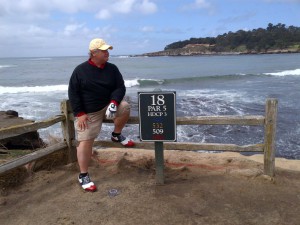 – Both the Wolverines and Spartans play in bowl games which are precisely a one-hour and twenty-minute drive from two of America’s finest high profile luxury golf resorts: Reynolds Lake Oconee and Pebble Beach Resort. And, like the bowl game venues, both of those resorts are linked to upcoming Major Championships in 2019. In addition to hosting an annual celebrity PGA Tour event each February, Pebble Beach will also host the U.S. Open again in June. Reynolds Lake Oconee is an hour’s drive from Augusta, where the Masters Tournament is held each year, and Great Waters, one of the resort’s six golf courses, was designed by six-time Masters winner Jack Nicklaus. Former Masters winner Fuzzy Zoeller had a hand in designing The Preserve course.

– Atlanta is home to the world headquarters of Delta Airlines, which offers flights from Michigan to both bowl sites: Atlanta and San Jose, California (with San Francisco also an option.)

For those planning to travel to California for one of these events, staying at a hotel in San Jose is the way to go. Downtown San Jose is in a prime location being only a 10 minute Uber ride to Levi’s Stadium. After the game you can quickly be back Downtown to try a giant burrito at Iguanas Burritozilla and bar hop down the Millennial Mile, a mile stretch of bars, dive bars, restaurants, live music and more.

“We’re pretty central to everything you want to see the the Bay Area,” said Frances Wong, Director of Communications at Visit San Jose.  San Jose is within two hours from Pebble Beach, San Fransisco, and Napa Valley.