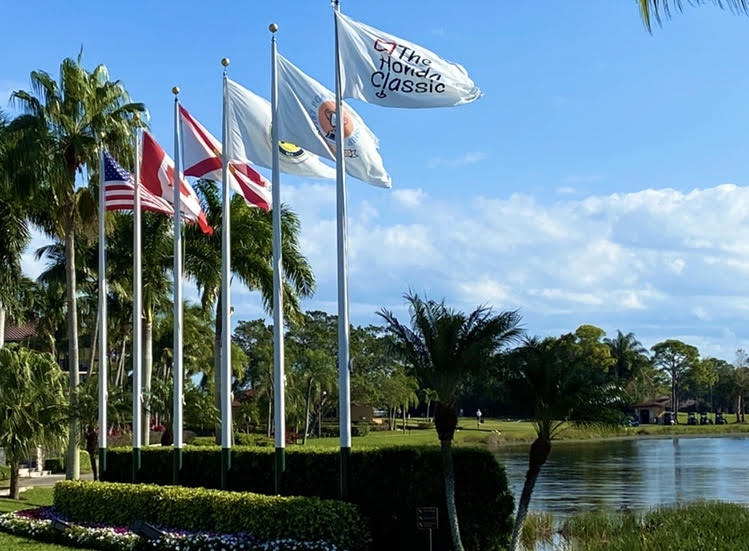 Nancy Brinker walked into my suite at PGA National Resort and Spa in South Florida for a scheduled interview…and I was as nervous as a cat. She was the picture of elegance – straight out of the Palm Beach Post social pages – fashionable and accomplished. Brinker forged her station in life all the way from Peoria to Palm Beach and along the way founded one of the nation’s most impactful charitable organizations; was named U.S. Ambassador to Hungary; received the Presidential Medal of Freedom from Barack Obama; and directed the Office of Protocol for President George W. Bush.

Any greeting I gave, in light of Brinker’s level of diplomatic experience, was sure to be a clumsy fumble. So I gestured toward the in-room billiards table and asked, “Excellency, would you like to shoot a game of pool?”

The resort’s two-room suite also had its own full bar I could have offered next, but I considered the ice now sufficiently broken.

“Everything is perfect,” she assured me and then complimented the expansive suite with its balcony view over the golf course, before accepting my next invitation – to sit wherever she was comfortable. Brinker then, with modesty, answered my questions about her career and Presidential travel experiences.

“We had an entire committee that organized details such as where the President would be seated at dinners and at meetings. We arranged introductions as he came off Air Force One and the timing of meetings in the Oval Office and White House family dining room,” she recalled.

She also helped visiting foreign ambassadors to see the real USA. “Through a program I developed called ‘Experience America’ we invited the ambassadors to go around the country so they didn’t visit only three or four cities.”

State visits were often organized for dignitaries of higher rank than ambassadors.

“I have met Her Majesty Queen Elizabeth and I love her. The number one rule is: don’t touch the queen. It’s the American style to hug, but if the Queen wants to shake your hand she will be the first to do it,” Brinker explained.

Our little meeting was joined by the author of “The Queen Next Door,” a new book by Linda Solomon, the acclaimed celebrity photographer from Birmingham, Michigan about her friend Aretha Franklin, the blues singer known as the “Queen of Soul.”

“I met Aretha several times and the book is sensational,” said Brinker, who also spent time with Pope Benedict.

“It took two years to plan for that first-ever papal visit to Washington D.C. and I was thrilled to be the first person to greet him when Shepherd One landed. I expected to meet a man in his 80’s who was exhausted but he was just wonderful,” Brinker recalled. She also accompanied Bush when eight months later the 43rdpresident traveled to visit the Holy Father at Vatican City.

Of course, Brinker said she is most enamored by her late sister Susan G. Komen, who became the patron saint of fighting breast cancer – which became Brinker’s life mission – after the disease took Komen at the age of 33. “I had the best sister in the world…but not long enough.”

Brinker and Solomon left PGA National and headed for the Breakers Hotel to attend the “Perfect Pink Party” to benefit the Promise Fund charity gala – a perfectly “Palm Beach” socialite thing to do for two great women who’d spent the day at two great resorts.