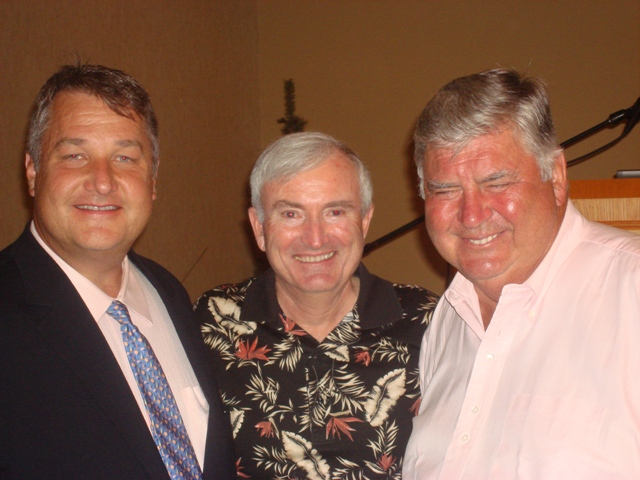 reporters in this summer. Parisian Thomas Bourdeau, who writes for magazines in France and Luxembourg, recently visited Saugatuck, Holland and South Haven, in southwest Michigan. Earlier this summer, James Mason, from London, visited Lansing, Detroit, and Petoskey in between trips to Portugal and Japan.

Emmy Award-winning television commentator and author Ben Wright is in Michigan this week. The Englishman, who served as CBS Sports television golf commentator for 25 years, working The Masters Tournament, PGA Championship, Pebble Beach, and other big time telecasts alongside Jim Nantz, Gary McCord, and Pat Summerall, is staying at Crystal Mountain Resort, in Thompsonville, where he’s hosted the successful “Ben Wright Invitational Tournament” for the past six years. The event, created by Crystal’s director of golf Brad Dean and marketing VP Rick Schmitt, even includes a contest during which players bounce 9-iron shots off a port-a-john, just as Kevin Costner did in a scene with Wright in the motion picture “Tin Cup.” The two-round tournament is played over Crystal’s woodsy Mountain Ridge and Betsie Valley courses.

“I love Michigan,” said Wright, who has made many friends in the Great Lakes State, including me. We’ve traveled together – Ireland, Hawaii, Pinehurst, Orlando and beyond – working on projects for ESPN, The Golf Channel, and collaborating on his autobiography, “Good Bounces and Bad Lies,” Wright’s personal account of his amazing career hobnobbing at great resorts and cocktail parties with professional golfers and celebrities and his worldwide travel memories. The book was a rollicking, honest look into that fast-paced show business lifestyle.

A book review in the Washington Times provided a compliment no writer could ever hope for: our writing compared to that of Ernest Hemingway and F. Scott Fitzgerald! Yes, our names next to those literary giants we admired and emulated! What a rush!

In the interest of disclosure, I have to reveal the context in which the comparison was made within the Washington Times review article. Reporter Tom Knott wrote:

… Wright stuck his foot in his mouth, as people do on occasion, only he refuses to remove the foot from his mouth unless it is to have another drink. Wright does not qualify as desperate. Desperate is the ghostwriter, somebody by the name of Michael Shiels. Hemingway, Fitzgerald and Shiels/Wright. American literature approaches the end of the century on a curious note…

Obviously Knott’s article was tart and sarcastic. But find another pair of writers who have had their work compared Hemingway and Fitzgerald! Thank you, Tom Knott!

Michael Patrick Shiels may be contacted at MPSbigshow@aol.com or via www.TravelTattler.com 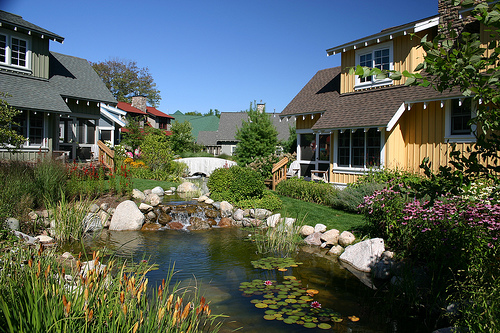 Crystal Mountain Resort's Cottages at Water's Edge are adjacent to both the spa and the gentle water park.