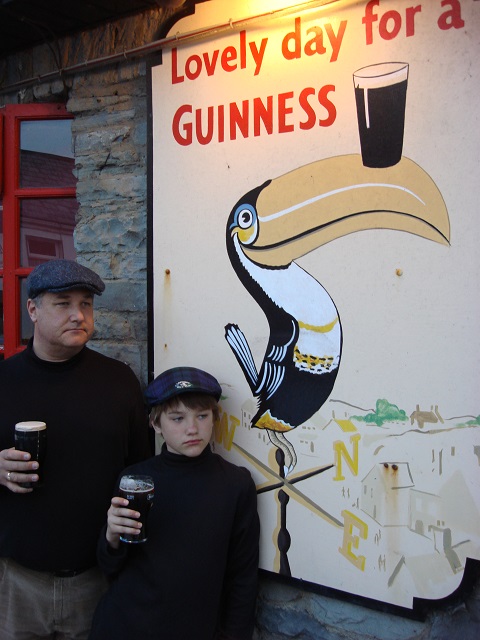 I wasn’t surprised to see the newly announced class of inductees into the Michigan Irish American Hall of Fame…until I learned I was one of them. The Hall recognizes Irish Americans who have made important contributions in Michigan (thus the surprise). The induction ceremony, open to the public, takes place at high noon on Saturday, September 17, on the Galway Main Stage in the middle of the huge, annual Michigan Irish Music Festival in Muskegon.

Former Governor James J. Blanchard will be inducted in the category of “Public Service,” and three new members will, too, in the field of “Education”: Kathleen Dewan O’Neill; James J. O’Kelly; and Michael W. Kerwin, each of Detroit and each active in the vibrant Irish American community there.

Kevin Donovan and Judge Neil Mullally advised that I will be inducted in the area of “Arts and Entertainment,” which I suppose is a very subjective decision for anyone who has ever been subjected to my writing about Ireland or heard my live St. Patrick’s Day radio broadcasts from the Emerald Isle. No less than Mary Robinson, who served at the first female President of Ireland, from 1990-’97, proved it when I interviewed her on my radio program.

“Is it true,” I asked Robinson, “that in Ireland, as a writer and performer, I can live tax free?”

With a straight sounding face she answered dryly, “Michael Patrick that would depend on whether your work was judged to be creative in nature.”

But that is, of course, the real charm of Ireland: its’ people. From the President down to the publican, everyone seems to know that in order to be reverent you have to be irreverent. The fact that President Robinson made a crack at me made me feel closer and more familiar to her…more accepted. And that’s what you can expect when you “go where Ireland takes you,” as the marketing slogan advises. You will feel welcomed even if the locals “work the weather on you,” as Mary Griffin, the owner of Dingle’s “Tower View Inn,” describes the way she makes small talk with vacationers who stay at her charming guest house.

For more information, or to attend the four day Irish Music Festival, log on to MichiganIrishAmericanHallofFame.org