For travel and tourism destinations, presenting and highlighting a “sense of place” is important. Travelers who spend their money and time – both of which are precious – want to escape and feel like they are somewhere special. They want, for instance, a South Pacific hotel that feels Polynesian, such as Four Seasons Bora Bora; or, in South Africa, Jock’s Safari Lodge provides an authentic bush camp experience. In South Beach, travelers eat up an art deco-style hotel like the Stanton on Ocean Drive.

So Battle Creek’s Firekeepers Casino and Hotel, which beckons visitors to getaway, even if just for a few hours, by “getting their Vegas on,” enriched its’ visitor experience yet again this week with both invention and reinvention. Only months after adding a high-end Swarovski Jewelry and gift store – shopping is a major component of a true Las Vegas experience – Firekeepers enacted a “before and after reveal” in front of a group of curious casino-goers this week.

“If you watch the DIY Network or ‘Extreme Home Makeover’ you’re familiar with what we’re about to do,” said Firekeepers CEO and President Brian Decorah as he stood in front of a giant photographic mural of the casino’s old, diner-style “24/7 Café.” The mural rolled open to reveal a completely re-imagined Café 24/7 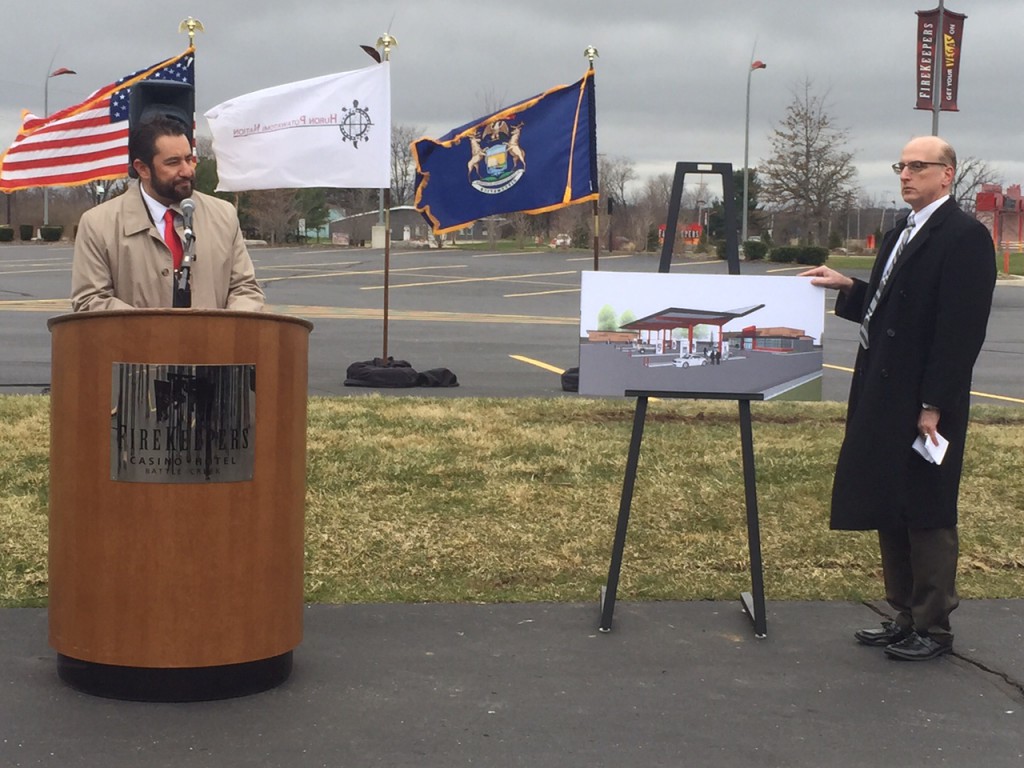 “It’s more of an upscale, European-style bistro,” said Chef Michael McFarlane, who developed his resort cuisine management expertise in places as diverse as Switzerland and the Bahamas. McFarlane, who serves as vice-president of food and beverage, said that Café 27/7 was popular, so certain menu items, including the hot turkey sandwich (thank goodness) will remain available, but the white-tiled walls, stylish, subtle lighting, indigo and crimson color hues with ivory furniture set in clean, crisp lines, evoke the comfortable sophistication of the new cuisine choices. The colorful casino is plainly visible through a completely glass wall but the sounds of the slots are muted to allow for quiet conversation while still feeling connected to the action. In addition to “Nibi’s” haute cuisine, “Smoke and Fire’s” barbeque, and a still to be revealed new restaurant later this summer – which could afford outdoor seating – visitors to Firekeepers have multiple venues to “get away” all over one roof. 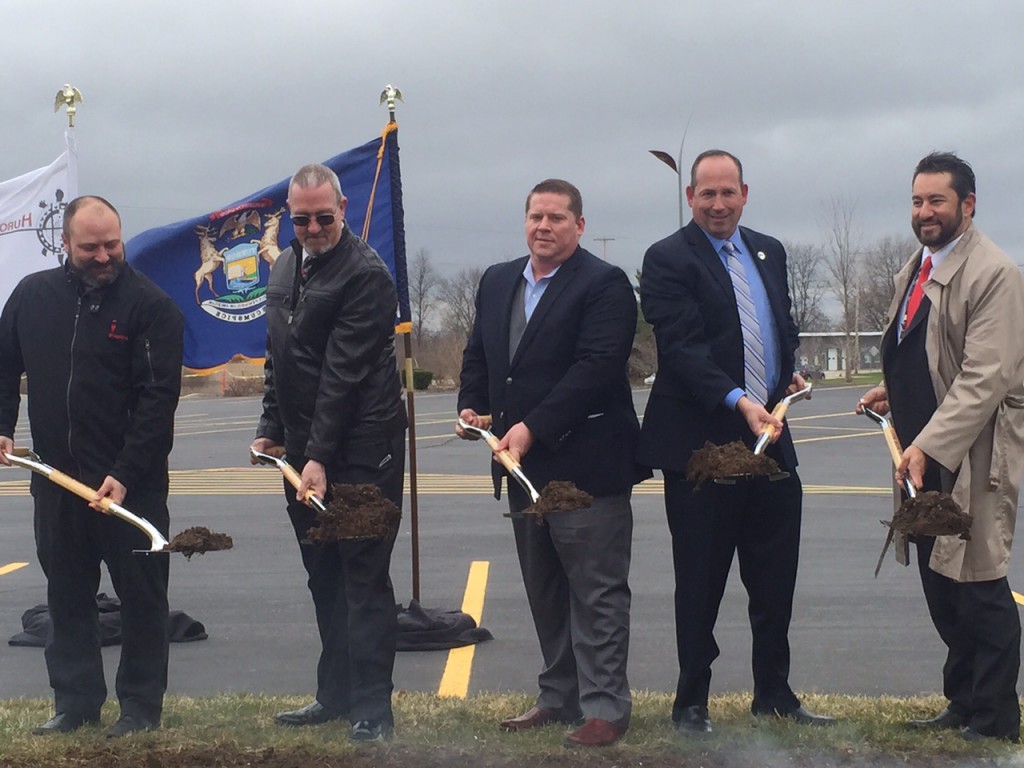 On the same day Jamie Stuck, Tribal Council Vice Chairman of the Nottawaseppi Huron Band of the Potawatomi, which own Firekeepers, broke ground on a new guest service called “Firekeepers Pit Stop,” a snazzy gas station, car wash, and upscale convenience store which, like Vegas, may also offer a few pulls of the slots in addition to providing VIP guests who valet with a car wash and fill-up. Red Hot Rewards members – Firekeepers has a million – can redeem their reward credits for fuel on their way to and from the casino and hotel. “Design work is complete and construction equipment will be on-site later this month,” said Stuck, who also added the expansion will add as many at 17 jobs.