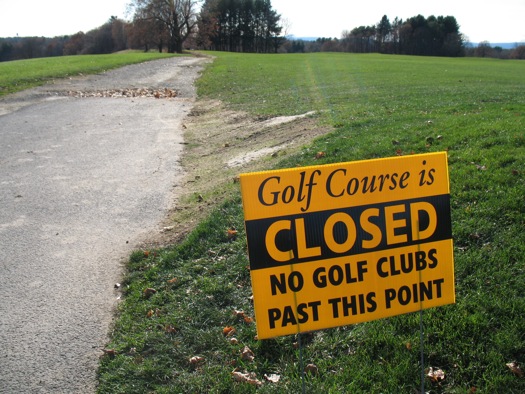 Continuing the trend,  “closures were disproportionately lower priced public facilities including a large number of 9-hole courses,” according the NGF press release.

The NGF said that “since the market correction in golf course supply began in 2006, there has been a cumulative net reduction of 358.5 golf courses (18HEQ), which represents a drop of 2.4% off the peak supply year of 2005.

“The net reduction in courses was overdue – growth in the number of golfers and rounds played over the past 20+ years was not nearly sufficient to support all of the courses that were built during the boom that began in the early 90s.   Since 1991, the number of 18HEQ in the U.S. has grown by 30%, outpacing golfer growth of 6.5% over that span.”

“The cumulative reduction in course supply over the past six years has been quite modest, and pales in comparison to the net increase in facilities that occurred over the two decades prior to this recent pullback,” says Joe Beditz, President and CEO of the NGF.  “The slow correction that is now occurring is very much overdue and necessary, to help return the golf course business to a more healthy equilibrium between supply and demand.”

The NGF Golf Facility Supply Index remained at 83 in 2011, according to the press release.  The index tracks the ratio of golfers to golf courses.  The baseline value of 100 represents the average number of golfers per course (18HE) in the U.S. for the five years 1986–1990.  The index can be viewed as a measure of how busy courses are likely to be, or how difficult or easy it might be to arrange a tee time.  A value of 83 means that courses are 17% less crowded than they were 20 years ago.

“The supply correction is likely to continue for the foreseeable future,” according to Beditz, as post-recession demand continues to be soft, and most markets remain oversupplied.  This gradual reduction in courses represents a natural re-balancing of the market.  The outlook for golf remains slightly positive – with a stabilization of demand likely in the near term, and slow growth likely in the longer term.”