In the ongoing effort to stop players from destroying golf courses that host PGA Tour events, over the past few years the tour officials have been moving hole locations closer and closer to the edges of greens. Where once, six or seven paces was considered the limit, the line has moved significantly.

Sunday, for the final round of the Travelers Championship at TPC River Highlands in Cromwell, Conn., according to the pin sheet released by the tour, one flag location was three paces from the edge, eight cups were cut four paces from the edge, and two were five paces.

From the PGA Tour: 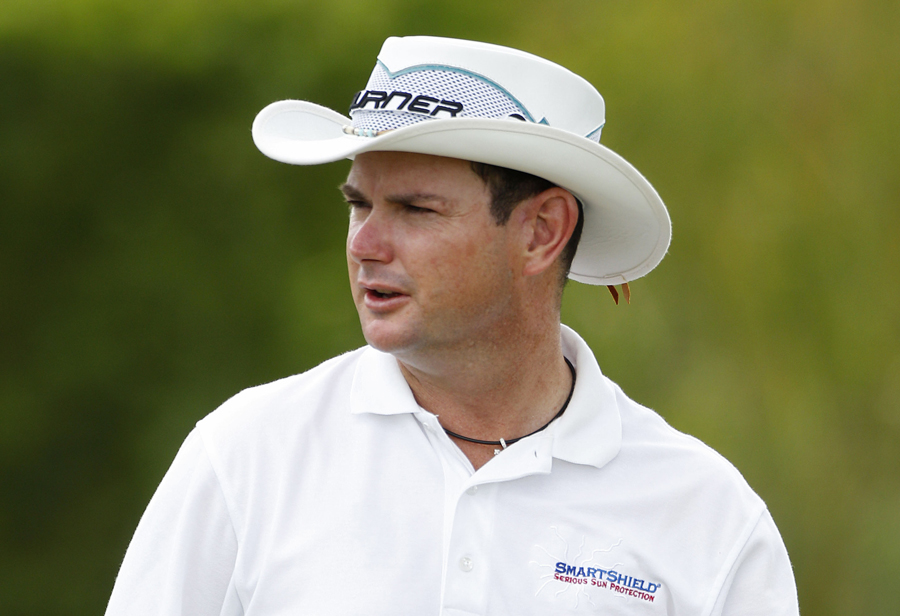 Rory Sabbatini recorded a hole-in-one on No. 16 with an 8-iron from 161 yards in the final round. It is his first hole-in-one on TOUR. For the ace, Sabbatini wins a 18-karat gold Rolex watch valued at $27,650 courtesy of Lux Bond & Green.

Earlier in the week at Operation Shower, Sabbatini’s wife Amy surprised four military moms-to-be expecting twins whose spouses are deployed members of the U.S. Navy, Naval Submarine School and Connecticut Army National Guard by announcing that she would cover airfare for the moms-to-be to fly their moms in for the birth of the babies.

To the left of the 18th fairway at TPC River Highlands and some 30 below it in what is the old driving range, is the Subway Fan Zone, with all sorts of activities and vendors. You can get everything from a cheeseburger to a New York Times subscription.There is also the Farmington Bank Kid Zone where children can play mini golf, climb a simulated rock wall and frolic on an inflatable slide. Saturday afternoon during the third round of the Travelers Championship, J.B. Holmes visited the Fan Zone and wasn’t happy about it.

After a double bogey on 17, he pulled his drive on 18 left and hit a tree with the ball stopping near the trunk. Rather than pitch backwards into the fairway, he elected to play into the Fan Zone near the Kid Zone. From there, he put his blind third shot on the green and two-putted for a bogey five.

Holmes who started the week with two rounds of 70-62, ended with a five-over 75 Saturday. Sunday he carded a 68, skipping the Fan Zone along the way.

Huge thunder storms rolled through TPC River Highlands Friday washing out bunkers, flooding fairways, which forced many players to finish their second round on Saturday and causing headaches for head golf course superintendent Tom DeGrandi and his crew.

There were no storms Saturday, but a sudden windy spell caused unique situation for one player.

According to the Boston Globe, “while Tommy Gainey was getting ready to hit on the par-3 11th hole, he backed off twice, including once when a large bird’s nest came crashing down left of the tee, almost hitting a tournament volunteer.”

Gainey knocked his shot on the green to 22 feet and sank his birdie putt.