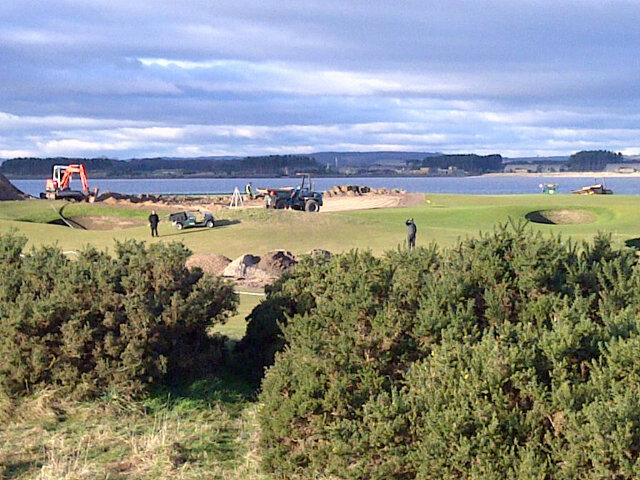 The photo, which appeared on the GolfClubAtlas.com website, shows the 11th green in the distance, with sod taken up. It also appears that soil has already been moved and piled in the seventh fairway to fill in a depression as described in the press release. It’s difficult for me to judge from this angle, but it looks as if a new 12th tee is also being built.

The montage gives and idea of the ridge being removed.