Somewhere Near Trinity, Tex. — What is immediately noticeable when you arrive at the first hole of The Needler is that while there are multiple teeing areas there are no markers, golfers are free to tee it up where they like. Glance at the scorecard and yardages are provided but here again there is another missing item, par figures. 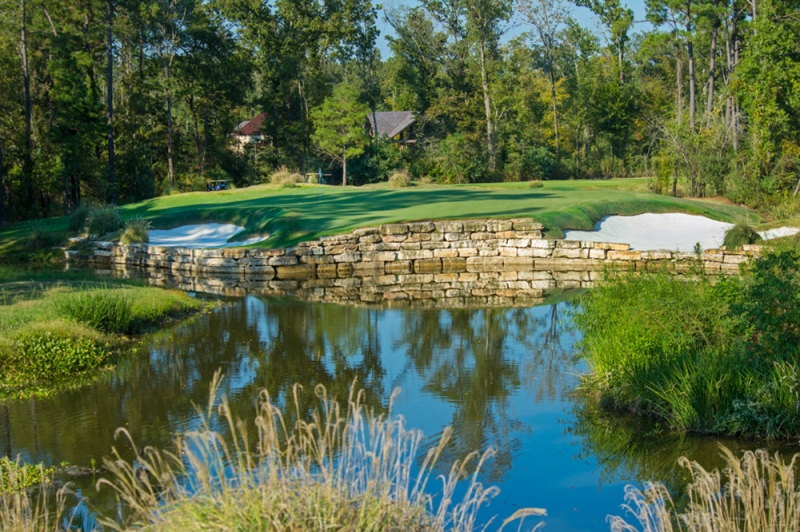 The first green of The Needler, a delightful way to start a round.

The focus of The Needler is about the experience, not a number.

The Needler is patterned after such famous short courses as the ones at Pine Valley Golf Club and Augusta National Golf Club. 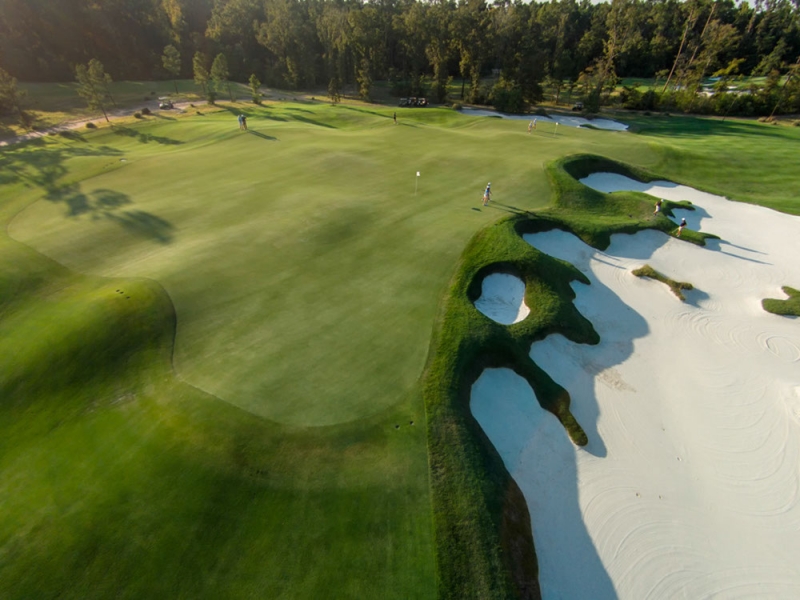 The humongous double green for the fourth and eighth holes.

There are five sets of tees on each hole. Not only is there a change in yardage, but also frequently a change in angle for the line of play.

The shortest forward tee on the The Needer is at the third hole and plays 81 yards from the yardage plate. Go all the way back and the hole is 138 yards. The shortest back tee is on the opening hole, 118 yards, but plays from at little as 82 yards.

The longest forward tee is 144 yards on the eighth, which can play up to 195 yards. The longest hole on the course is fourth which tips out at 305 yards, but only is 142 from the front. The massive undulating green for no. 4 is shared with no. 8.

The other seven putting surfaces do not repeat the movement of that behemoth, but they, too, are loads of fun. None could be considered small and each has enough movement that a mere glance at a putt will not provide an accurate read.

It’s obvious much thought went into the entire green complexes. Missed shots tumble into sand, trickle into small hollows, or don’t stop rolling until they are nearly off the property, yet stop in grass.

Six of the holes require a carry over water. Bunkers are plentiful and must be dealt with, depending on flagstick location, on as many as eight holes.

It is an enjoyable walk, just like the big course, taking golfers  through the wooded property that at times runs along the Trinity River and around small ponds.

If there is a flaw to The Needler, it is the fact that the ground game is almost negated. Six of the holes force players to carry sand or water to reach the green, while only two holes seem to invite the bump-and-run. For shorter hitters or high handicappers, the tee shots, even from close, can be daunting.

All that being said, golf can use more layouts like The Needler, especially ones that can be accessed by the general public.