First, he bested seven other firms and was selected to design the golf course for the 2016 Olympics. Hanse will team with LPGA Hall of Famer Amy Alcott for the project. 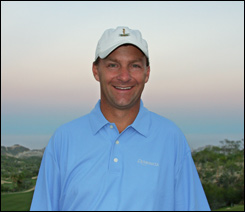 From Hanse, I would expect nothing less than a very good golf course that is heavy on strategy and will challenge the world’s best players, then easily transform into an eminently playable design when it becomes a municipal golf course following the Games.

(Hanse and I were friends for years, but lest one thinks my appreciation for him goes overboard, let the record show that he no longer speaks to me. I broke a 2011 story on my blog that the Boston Golf Club, a Hanse design, was in financial trouble. Hanse contended my post might have turned possible investors away, and we have not communicated since.)

The second announcement was that Donald Trump was purchasing the Doral Golf Resort and Spa and that he had chosen Hanse to entirely redo the famed TPC Blue Monster layout.

To me, this is the most intriguing partnership in golf design since Tom Doak and Jack Nicklaus were forced into an architecture partnership by the developer of Sebonack Golf Club.

As one friend in the business who has had a number of dealings with Trump told me, “He asks you questions and then doesn’t listen to your answers, especially if you don’t agree with him.”

Trump has a history of hiring no-name architects to design or redesign his courses because it allows him to have input that any architect with a modicum of integrity would disregard before the last syllable was uttered. 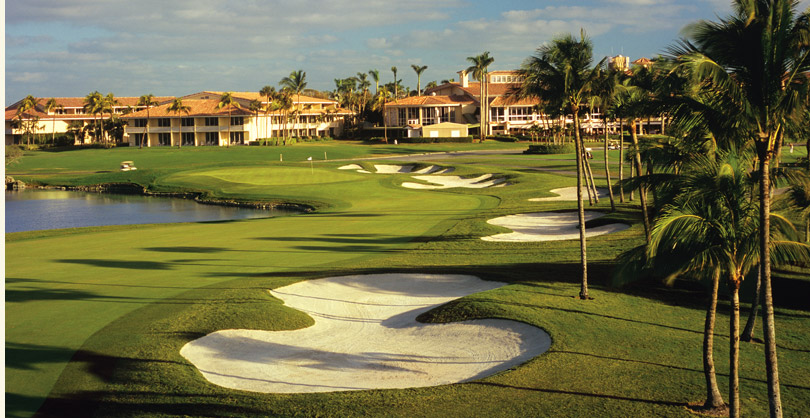 Trump’s knowledge of design appears to be nil. Listening to him talk about architecture during an episode of Trump’s Fabulous World that ran on Golf Channel was painful to observe. You felt awful for the minions that had to tolerate Trump’s ramblings, then heed his advice.

Upon seeing photos of—not playing —his Trump International Golf Links in Aberdeen, Scotland, Trump called it, “The greatest golf course in the world,” and that moniker is used on the official website. Keep in mind the course was not open when he made that ludicrous announcement.

On the same website, the link to the course designer Martin Hawtree is entitled: “World Leading Architect.” He’s not. I doubt that even Hawtree would call himself that, especially as long as Pete Dye is alive. Trump did, though.

So what does that say about Hanse? Is he the World Second Leading Architect? Not according to the committee that chose him to design the Olympic course. He bested submissions by the likes of Jack Nicklaus, Gary Player, Robert Trent Jones II, Tom Doak and the World Leading Architect–Hawtree himself.

Hanse is not one who easily bows to whims and suggestions of his employers. The story goes that he walked away from one highly regarded Long Island golf course restoration project because the club wanted to soften the contours of the original putting surfaces to accommodate modern green speeds. I don’t see Hanse yielding to the uneducated suggestions of Trump when it comes to the work at Doral.

Originally a fantastic Dick Wilson layout that opened in 1961, the Blue Monster has undergone a series of poor alterations since then. Bringing it back to as close as possible to its original intent, albeit with bunkers placed to challenge touring professionals, would surely be something. One just needs to see images of the phenomenal renovation Bobby Weed did of the Wilson-designed Pine Tree Golf Club in Boynton Beach, Florida to realize how great a Wilson course can be.

I wonder, then, how Hanse will deal with the turgid Trump, who will undoubtedly not stand for Hanse and design partner Jim Wagner putting more focus on the Olympic course than Doral, where work is supposed to start soon after the 2013 PGA Tour event. Hanse has said repeatedly that he and Wagner are moving to Brazil.

It should make for fascinating tales if the stories of the Hanse-Trump clashes ever come out. Here’s hoping, though, that before the partnership implodes or explodes Hanse is able to bring Wilson’s intent back to the Blue Monster.