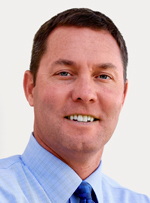 I’ve been impressed with Michael Whan since he took over as LPGA Commissioner a little more than a year ago, but he lost me with one of the two big ideas he announced as the LPGA schedule was unveiled this week. Fortunately, he got me back with the other one.

The head-scratcher was the new RR Donnelley LPGA Founders Cup to be played in March, where the players will be playing for a phantom purse. There’s no actual prize money, with all the proceeds going to the LPGA-USGA Girls Golf program. But in an effort to make it more than an exhibition, it’s a full-field event awarding not only an official victory but also pretend prize money that will be added to the official money list for everybody who makes the cut.

I suppose credit is to be awarded for creative thinking, but this seems wrong on a couple of levels. First, I don’t think it’s fair to ask the players to play for nothing (they do at least get free accommodations), especially at a time when there aren’t enough opportunities for the rank and file to make a living at LPGA Tour golf. Second, I don’t think it sends the right message about the state of the Tour right now. It smacks of desperation.

On the other hand, the season-ending Titleholders tournament is creative in a good way. The field will be filled by taking the top three players from each tournament during the year who have not already qualified. That gives the field some exclusivity, while yielding 72 players, which is a good number (no need to limit it to 30 when you consider the LPGA schedule as a whole—the Lorena Ochoa Invitational, held a week earlier, has a field of 36). It gives promotional value at every tournament of the year.

From a business standpoint, the smartest thing about it is that Whan got the sponsor of every tournament during the year to contribute financially to the Titleholders. Every player will be technically representing the tournament she qualified from, and all of the year’s sponsors will be promoted on the site. Thus, no title sponsor is necessary—though Whan indicated that it’s still possible there could be one.

Aside from those two pieces of news, the 2011 schedule is essentially a holding pattern. There are 25 tournaments on the schedule, one more than last year, but the Tres Marias Championship in Mexico might not be played because of security concerns (there has been some talk of sponsorship issues, too). The no-purse tournament is the only new one in the U.S.; the other new events are in Taiwan and China.

They at least did a good job of holding on to what they had, losing only the Longs Drugs and Jamie Farr Toledo events, the latter only a one-year absence while the U.S. Senior Open is played in Toledo this year. Whan indicated that the LPGA is in talks with a number of potential sponsors for 2012, and I do think the Tour will be able to add some events in that year.

For now, though, it’s still a grim outlook for an American player outside the top 50. Here is the entire schedule of regular-field events played for actual money in the U.S.:

To be fair, there’s also the CN Canadian Women’s Open in August and the chance to qualify for the Kraft Nabisco Championship, U.S. Women’s Open, and the Titleholders. The other tournaments are not only overseas, but most of them have limited fields.

Imagine being a rookie trying to make it on the LPGA Tour with that schedule. You’d better have a part-time job back home, because playing the Tour isn’t a full-time gig.

Meanwhile, Michael Whan has a full-time job trying to make things better. I do think he’ll get there eventually. Let’s just hope they won’t be playing for Monopoly money at the new tournaments he adds from 2012 onward.