What has the golf industry come to? The folks over at Callaway Golf have probably come up with the most boneheaded move seen in the golf club industry for….well, ever! Callaway hired Justin Timberlake, noted pop singer and movie star to be their Creative Designer for their new line of Razr clubs.
It’s true that Timberlake fancies himself to be a “player” when it comes to playing the game, but you could take that with a grain or 2 of salt. It’s true Justin owns a golf course and tries to become involved with the enviromental sides of things when it comes to growing grass, and it’s true that Justin is involved with his own PGA Tour event in Las Vegas, the Justin Timberlake Shriner’s Hospitals for Children, for which he has added absolutely nothing to the success of the event. If truth be known, most of the people involved in organizing the event wish that Justin would go away as he’s more trouble in dealing with then he’s worth.

If Callaway thinks that the “Justin Timberlake” brand is going to help them sell more clubs, are they in for a huge surprise. Callaway is banking on Justin attracting more young, hip players into the game. Funny. That’s the same thing the Shriner’s was counting on for their tournament. Hasn’t happened and there’s no indication it will happen for Callaway either.

Sorry, Ely. Who would have thunk it, huh? They got one part right. Whoever hired Justin, needs to take a “Razr” to some part of their body. 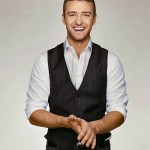