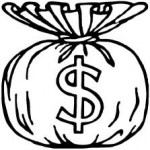 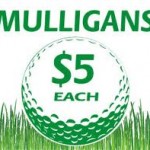 I just had a brilliant thought…anyway I think it’s brilliant. Tour players play for big bucks these days. Even the so-called smaller tournaments pay out a hell of a lot of money to you and me. As a result, the top tier players make millions of dollars every season playing golf. They love the idea of playing for big bucks as long as someone else is putting up the cash. Why not? I would. Here’s the rub. Do you suppose that we can find 4 Tour players to tee it up against each other and play in a skins format…for their OWN MONEY? How about each player putting up, say, $1 million of their own money and having at it. For players like Tiger, Lefty, Stricker and Donald it’s pocket change…fuel for a couple of months for their jets or another home or boat. It’s all relative.

Players like to yuk it up with other players in practice rounds, maybe the Pro-Am or the first round of a tournament. If these guys teed it up and were playing with their own money, how much yukking it up, how much chatter do you think you’d see? Do you think you’d see these guys strolling down the fairway after their tee shot talking politics or talking about the last concert they saw? Doubt it…doubt it big time. How about rooting for another player to make a putt to “save the skin?” Not in this format. All these guys say that winning is first and foremost and that the money is secondary.

I think that attitude would change a bit if they were putting up their own hard, cold cash. I think it would make for great theater. The problem is finding 4 players that would do this. Again, it’s not that they don’t have the money or they can’t afford it. The simple fact is that why should they. They have enough pigeons every week in the form of sponsors who do it for them. Why change? But it would be interesting to see who would step up to the plate….I’m sorry, step up to the 1st tee.