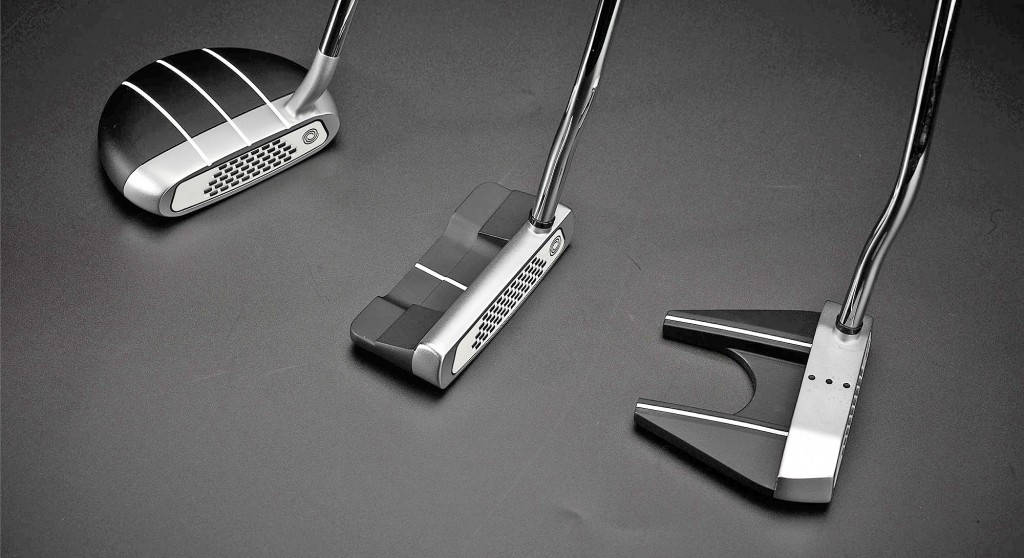 Distance control, not aim, is the key to becoming a good if not great putter and consistent distance can only come from a consistent repeatable stroke. Rather than concentrate on a new way to do alignment lines or making a new face insert to improve the ball’s roll why not figure out a design that will improve distance control?

That’s what Odyssey, Callaway Golf’s putter division, did with their solution coming to market as the Stroke Lab putter line.

According to Sean Toulon, Callaway’s senior vice president and general manager of Odyssey, “These new putters epitomize what Stroke Lab is all about. Questioning the norm for the purpose of developing putters that perform substantially better to help golfers make more putts.”

With the speed of putting surfaces increasing due to advance in agronomy it’s not unusual for even recreational players to face with a Stimpmeter reading of 10 or 11 during a weekend round. On the PGA Tour 11 and 12 are the norm and 13 or 14 are not uncommon.

In response makers have made putter heads heavier and heavier, often more than 350 or 360 grams, the thinking being that when greens are fast the stroke doesn’t have to be as big. Part of this trend is the popularity of relatively lightweight larger grips which means putter swing weights have gotten extremely high sometimes as high as F3–a typical driver has a D2 swing weight.

Steel putter shafts usually weigh in the range of 115 to 120 grams but with heavier heads the typical shaft is relatively weaker allowing both more flex and torque. 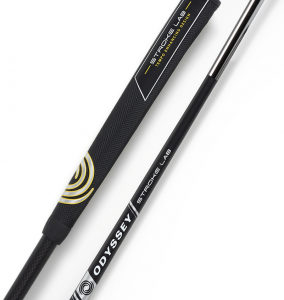 The critical factor in the Stroke Lab design was to make the shaft from graphite with a steel tip section which Odyssey says reduced shaft weight by 40 grams. To keep the overall weight constant, 10 of the 40 grams were moved to the head distributed in two sole weights. The remaining 30 grams went to the grip end with a 40-gram end weight (shaft plug) and a stock grip weighing 10-grams less. The shaft at 75 grams is lighter but with a much higher MOI (resistance to twisting) and the weight distributed to encourage a free and consistent stroke. Odyssey says testing of Stroke Lab putters showed a 25% improvement in backswing length consistency which makes the stored energy more reliable. The design helps to raise the consistency of the face angle at the end of the backswing by almost 20% so the amount of face rotation needed to be back at square at impact is more predictable.

“You feel the difference immediately,” said Luke Williams, senior director of putter marketing. “The putter head moves freely, smoothly and on a sound path, helping you roll the ball accurately while giving you greater speed-control.”

All the Stroke Lab models have Odyssey’s White Hot Microhinge face insert, a hit since its initial introduction in 2016. 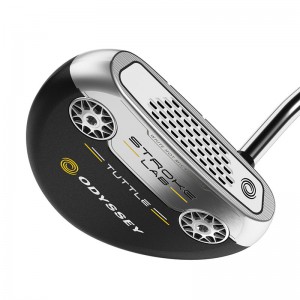 On the course there no doubt the shaft of a Stroke Lab putter is different looking and different feeling. The balance of the head, grip and graphite/steel shaft are great. The Tuttle model was tested extensively on and off the course and it was one of very few putters in my experience didn’t required a “break-in.” There was no time wasted “getting used to it.”

From the first it was simply a case of picking the line and making the stroke.

Did every putt go in? Of course not, but three putts are almost a thing of the past because if the first putt missed the second is close enough to be makeable…even a tap in. Phil Mickelson fans will recognize the #9 Stroke Lab as being the putter he used to win “The Match” against Tiger Woods and Francisco Molinari putted lights out in with a Toulon Madison model winning the Arnold Palmer Invitational making a 43 foot birdie on the 72nd hole. 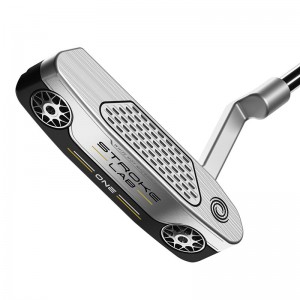