You can go home again. Just ask David Duval. The former world No. 1 has re-signed with Nike Golf. Duval, who hasn’t been a significant presence on the PGA Tour since 2009, was the first player to win a major championship (2001 Open Championship) with Nike golf clubs. 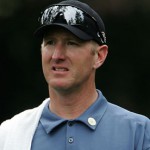