Callaway Golf Company CEO Chip Brewer on Aug. 27 told Wall Street that based on Q1 2016 numbers, he is “confident’’ the equipment company is in a much stronger position today than it has been in quite some time.

“I’m proud of what we’ve accomplished over the last few years and optimistic for the future,’’ Brewer said.

The numbers, however, seem to paint a bit of a different picture. 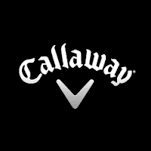 Callaway reported sales declines across each category in Q1 of 2016 versus Q1 of 2015, including four percent declines in its core metal woods business ($86 million), irons ($52 million) and balls ($41 million).

In its Q2 guidance, Callaway said it expects sales to be between $238 million and $245 million. Those numbers are better than the $231 million in sales in Q2 of 2015 but less than Q1 of 2016. History says the first two quarters are the high water marks for equipment sales, meaning that you should expect the $274 million sales figure in Q1 of 2016 to be Callaway’s high for the year.

Callaway said it expects Q2 2016 earnings per share to be between 33 cents and 37 cents per share compared to 15 cents in Q2 of 2015. But the company said those Q2 estimations are based on gain on the sale of a portion of its investment in Topgolf, which accounts for 18 cents per share of the expected increase, as well anticipated continued improvements in gross margins and profitability, partially offset by a shift in marketing expense from the first quarter to the second quarter.