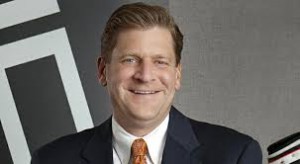 Callaway Golf President Chip Brewer told Wall Street analysts this week that while he admires the Hack Golf grow the game initiative presented by TaylorMade-adidas Golf President Mark King, he has no intention of joining his rival in endeavor.

King presented Hack Golf earlier this month at the PGA Merchandise Show in Orlando to largely positive reviews, although some of TMaG’s equipment rivals quietly said they saw it more a TMaG marketing tool than an effort to grow participation.

Brewer, however, stopped short of that in the Jan. 30 conference call.

“Clearly there’s some positive energy in the industry – for multiple constituencies – around looking at new ways of making the game more attractive to we’ll call people outside the core –  people outside the guys like you and I – that have either not stayed with the game or haven’t been attracted to the game for multiple reasons,” Brewer said. “And I applaud what Mark King and the TaylorMade team are doing in terms of their financial commitment ($5 million over five year) and efforts. And to the degree that we can collaborate on that in some way, shape or form, I’m very open to that.”

Understand that Brewer’s managing and even marketing style is much lower key than the flamboyant King’s, and Brewer said, that’s how he still intends to operate.

“My style has always been a little bit more behind the scenes,” Brewer said. “Everybody has their own personality. Mine isn’t one — not to stand in front on that. I am in some conversations behind the scenes which I hope are constructive in terms of supporting. You know how active we are in TopGolf (a sports entertainment facility) and what a positive impact that can be in terms of exposing golf to new constituencies, and absolutely one of the first ones here to applaud what Mark and TaylorMade.”