TaylorMade-adidas Golf reported its sales the fourth quarter of 2013 at $414 million and overall 2013 sales of $1.7 billion – a three percent increase in the overall sales of 2012. Those sales include the TaylorMade, adidas Golf, Adams Golf and Ashworth brands. The company said sales increases in the fourth quarter were led by the metalwood and footwear categories, each of which saw double-digit growth. 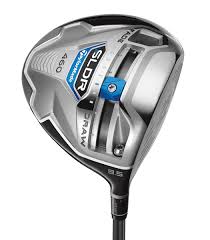 TMaG does not disclose its earnings figures, only to say it is the “most profitable’’ company in golf. A source close to TMaG, however, told me recently the company’s 2013 earnings were below its record-setting 2012 earnings.

Regardless, the 2013 sales numbers reinforce TMaG’s standing as the dominant player in the equipment market.