A grip isn’t generally considered the most glamorous part of a golf club, but try swinging the club without one. Golf Pride (www.golfpride.com) has been the top-selling manufacturer of grips since most of us have been playing the game. It also supplies grip to approximately 80 percent of players on the PGA Tour. 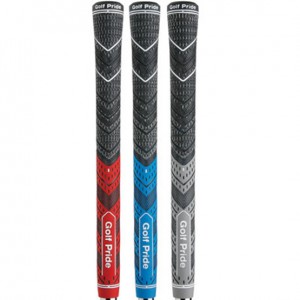 The company’s new multi-compound MCC Plus4 hybrid grip, which features a larger lower hand and new softer rubber materials, is a great example of Golf Pride’s continued innovation on the grip market place. The MCC Plus4 grips have helped increase Golf Pride’s presence and sales in retail stores and green grass shops, where the company is trying to educate golf professionals and consumers on the important of the proper grips and re-gripping.

“Historically grips have been tucked in the back of stores,’’ Golf Pride director of sales and marketing Brandon Sowell told me on a recent visit to the company’s headquarters in Southern Pines, N.C. “We’ve done a lot to try and pull grips out of that area.’’

Those efforts, Sowell said, have worked particularly well at retail outlets such as PGA Tour Superstore, which has its component and repair departments near the front of each store.

“We know everybody who plays golf is going to go into a golf specialty store probably sometime during the year,’’ Sowell said. “Not necessarily to re-grip, but if we can put grips on a display on the front counter, it’s going to remind people that there are grips out there – maybe a new technology – and people will pick them up.’’

“We’ve been doing the same thing at green grass, which has been under served. So providing them with the tools and educating them on the revenue opportunities with re-gripping has been good for us, too. There is no better place to target that green grass because everybody goes to the course to play golf. If a player can drop off his or her clubs after a round and pick them up three days later, that’s great.’’

But while Golf Pride is focusing on new innovation and technology – such as the MCC Plus4 _ the company also knows where it came from. 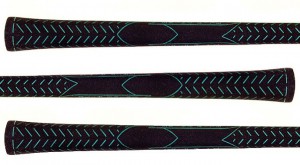 The popularity of the Victory grip among the world’s best players (past and present), according to Sowell, is due to two unique performance features: the Rubber Cork Blend and the “Grip Rite Swing Rite’’ design.

The Rubber Cork Blend, Sowell said, is blended with Golf Pride’s proprietary rubber compound to provide players a special tactile fee, leading to exceptional touch and traction for shot making in a variety of conditions.

The Grip Rite, Swing Rite’’ design aids golfers in consistently placing their hands in the proper position on the grip. While this feature was originally intended for amateurs when the Victory was developed in the 1950’s, Sowell said professionals also took a liking to this added element proving the mantra that “great golf begins with a great grip,” at any level.

“Due to its unique performance characteristics, we get requests all the time to bring back the Victory, so we thought it would be fun to do a limited run and release the grips for those golfers who have fond memories of playing the grip years ago,” Sowell said. “Sometimes we are all a bit nostalgic about golf, whether it is recounting the exploits of great players of the past, recalling the initial launch of metal woods and solid core golf balls or remembering the grips that we played when we were kids.  This is just a small effort to bring back some of those feelings that remind us how much fun golf truly is.”