For many average and higher handicap players, Mizuno irons always have seemed out of reach. After all, the company is best known for its lines of classic forged irons played by the lines of Luke Donald and Charles Howell III. LPGA Tour star Stacy Lewis, by the way, plays JPX-EZ hybrids and JPX 825 Pro irons. 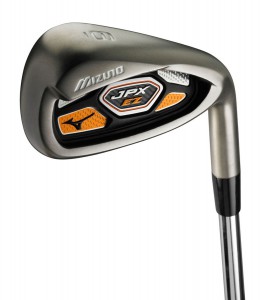 It’s difficult to argue that Mizuno’s MP line of forged irons aren’t the best on the market. That’s the good news. Mizuno’s game-improvement irons are equally as good, just not as heralded.

That began to change, however, with the introduction of the JPX-800 irons a couple years ago and continue with the JPX-EZ irons.  Simply stated, the forged JPX-EZ irons fit my criteria for the best game improvement clubs on the market. That is, they look like Mizuno irons should look – clean lines and not bulky – comfortable at address and most important, easy to hit without much effort.

You can think the large sweet spot (Mizuno says its 83 percent larger than its main competition) and “Max Pocket’’ for that last item.  The larger sweet spot and Max Pocket are most prevalent in the 4-7 irons, but they really shine for me in the 4 and 5 irons. I’ve even taken one hybrid out of my bag because the 4 and 5 irons are so easy to hit.

By easy, I mean I don’t have to be as aggressive when hitting those irons. Basically I swing the JPX-EZ 4 and 5 irons the same as the higher lofted clubs with great results. The 4 iron goes a bit higher than I like when I hit it well. It takes a little off the distance, but not enough to make me go back to a hybrid.

The best things about the 4 and 5 iron

s – particularly the JPX-EZ 5 iron – is how easy it is for me to “knock down’’ the 5 iron. That is, when I want to hit the ball low and long, the 5 iron easily performs. Unlike many game improvement irons, the JPX-EZ irons don’t have thick soles, which for me means they don’t dig when I’m trying to knock down a shot.

The short irons – 8-PW – are almost too easy to hit. For example, it took me a few rounds to get used to hitting my 8 iron 145 yards versus 135 yards, but such is the performance nature of the JPX-EZ irons.  I also had to get used to hitting a bit more a draw with the shorter irons, but that just took a little extra practice on the range.

Overall, the JPX-EZ irons allow to swing without fear and let them do the work.