The Acushnet Company has debuted its next generation Titleist NXT Tour, NXT Tour S and Velocity golf balls for 2016 at the PGA Merchandise Show in Orlando.

The new NXT Tour, according to Acushnet, has been engineered for even longer distance, while the new NXT Tour S offers its softest feel yet. The new Velocity, Acushnet said, provides even more powerful distance with a more playable feel.

Each of the models will be available beginning Jan. 28. 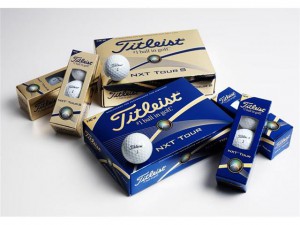 “At Titleist, our goal is always to deliver the best performing product we possibly can, and what new NXT Tour, NXT Tour S and Velocity represent are the best performing golf balls in their respective categories,” said Michael Mahoney, director of golf ball product management. “When we look at the results of our extensive robot and player testing, we are exceedingly confident that golfers will experience new Titleist golf ball models that outperform their competition and deliver on their meaningful performance improvements relative to distance, short-game performance and soft feel.” 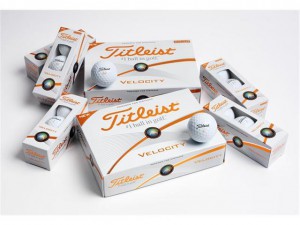 Mahoney said the new Velocity (SRP $26.99 per dozen), reengineered with its largest and fastest core yet, produces “explosive’’ initial velocity for even more powerful distance: