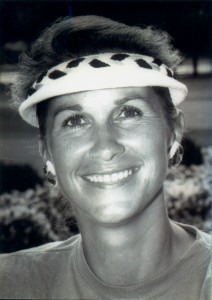 The invitation arrives in January and I always look forward to checking the ‘Yes, I will attend’ box.

As a member of the Wayne State University Athletic Hall of Fame, I’m perennially invited to the induction of new athletes into the Hall.   Though it has been 11 years since entering the hallowed Club, I still get goosebumps every time I set foot into St. Andrews Church where the awards are given.  After the prerequisite chicken luncheon – which is quite good, by the way –  the camaraderie at the Alumni tables, the speeches, and the new inductees’ remarks, we head across I-94 to the Matthaei Athletic Building where the Hall of Fame is housed.   There, the new plaques are unveiled and everyone then heads into the gym to witness the mighty Warriors basketball team hopefully defeat their opponents.  We were Tartars back in the 70’s and I still can’t get used to the new moniker.  I normally can’t stay for the game but do take the time to gaze at the wall where the Class of 2000 hangs.   I look at the woman on the plaque, the same picture used here though taken many years after graduation, and can’t believe more than three decades have passed since those college days.

And I am eternally amazed they put me in the Hall of Fame for doing something that was so much fun.  It didn’t seem very groundbreaking at the time.

As one of the first women to play men’s golf in college after the passage of Title IX in 1972, there was a lot to prove.   For those who don’t know, Title IX was monumental legislation in that it allowed women to compete on men’s non-contact sports teams when there were no women’s teams to join.    My older brother Chris had already been on the Wayne State University Men’s Golf Team for two years and all eyes were upon him to see if he would provide any special sibling consideration.   I’d never ask – the guys would have chided him mercilessly.   Actually, the guys were wonderful:  there was Harry the High Ball, Mark ‘The Titan’  Thomas, Dean Monty ‘The Windmill’ Monterosso, ‘Mister’ O’Connor, The Loper, and others.  I don’t know if I had a name, other than ‘The One Woman Golfer’, which was indicated on lodging sheets for overnight accommodations.

To say that our team operated at a disadvantage – compared to today’s programs – is an understatement.  In 1974, we had no home course, no equipment, and no practice range.  Our coach was former Green Bay Packer Joel Mason, and the best he could secure for us was shag practice on the football field south of the Matthaei Building beginning at 6am and ending when we were shooed off as students began to arrive around 8am.  Other times we trekked over to the aptly named Old Main (it was really old), where hissing radiators in the second floor gym accompanied the swishes of our swings as we whacked golf balls into nets dropped from the ceiling.   On game days, however, we did get food, sometimes, though Coach was not happy if we ordered pancakes and would bellow, “They are like EATING LEAD!!!”   To this day, I refuse to eat pancakes before playing golf.

Membership on the Men’s Team meant playing it down from the blues in March in Michigan.  And don’t think for a moment there was an option to play from the Ladies Tee, which was what they were still labeled back then.  Frigid temperatures, iced lakes, muddy and frozen ground and wet golf shoes were the norm.  I hadn’t yet learned two pairs of spikes were a must for road trips so one pair could dry from the previous day’s muck and mire.  Gore-tex?  We had bear grease.  We also had The Rule of Three:  rain, wind, and cold.  You could take any two, but if the Trio made an appearance you were doomed.  One time it happened when we were playing near Bay City, in Michigan’s thumb, and many players walked in.   Clutching a big mug of coffee, Coach Mason fought the elements as he strolled along with my match – the only coach out there with his ‘men’.  All the other coaches were also drinking big mugs of coffee…. inside the clubhouse.  As the ‘one woman golfer’, he knew I’d never give up.  No one on our team would quit either. How could they?

I don’t recall the particulars of too many matches but do know this:  several men I played against in those days are now professionals, Directors of Golf, or top players in Michigan and while I don’t remember the outcome, they certainly do.

Leaving the Hall of Fame festivities each year, I often wonder if………born 30 years later…….would I record would compare with Paula Creamer bio or Michelle Wie’s or Natalie Gulbis’?   Probably.  But to ask if I’d ever trade my days of trailblazing through gender obstacles to make things easier for other women?   Never.   I think Mom and Dad timed my arrival just right:  I sorta like making a difference.