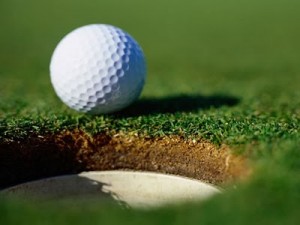 As the UK hosts  two of golf’s greatest competitions this year:  the recent Open Championship, on the Old Course at St Andrews for the 28th time, and the Ryder Cup for the first time in Wales, questions and commentary abound.  Amid the hoopla and gossip—talk about Tiger’s tumble, speculation about whether Tom Watson could work more wonders,  and the strut toward Celtic Manor—an unobtrusive, modest pair of contributors are helping stage the competition. I’m talking about  the flagsticks and the cups.  They  do their best work if the wind is up, but whatever the conditions, the flagsticks  bend with the breeze, and the cups will shine bright, their luminous white liners visible not just to the players on the greens but to galleries and TV audiences world-wide.  Big deal, you say—it’s a flagstick right; it’s a cup, correct?

It means a lot if you’re Tim Webb of Tacit Golf, and you created these flagsticks and cups.  You’ve watched with pride as they’ve been embraced not just at the Old Course and Celtic Manor, but by almost every great course in the UK, a success driven not by marketing hype but through word-of-mouth, one satisfied greenkeeper passing on his discovery to another.  Gleneagles, Carnoustie, Wentworth, Royal St Georges, Walton Heath, Queenwood and Royal Country Down – the crème de la crème use Tacit cups and flagsticks.   “We’re now in 60% of the courses in the British Isles,” says Webb.

Gordon Moir is the Director of Greenkeeping for the St Andrews Links Trust.  In that role Moir is responsible for safeguarding a legacy that extends from the Old Course, the granddaddy of golf courses everywhere, to the Castle Course, a brilliant example of modern golf design executed by a son of Scotland, David McLay Kidd.    “At St Andrews Links,” Moir says,  “we have found the Tacit hole cups to be long lasting– especially the liners, which are excellent. They stand up well to windy conditions,” he confirms, “and help the hole keep its shape”

So what makes a better cup, anyway, and who needs it?

One of the great challenges in any business is figuring out how to create a premium product in a commodity space.  And the golf cup is about as basic as it gets—who thinks much about the quality of the cup, unless something goes wrong, like the flagstick getting stuck?  (And why do caddies make sure to pull the flagstick before their players putt, resting it gently in the hole?  Partly to avoid shadows, but mainly to make sure they don’t leave it in the cup and cost their player strokes.)

The golf cup is younger than the game—the requirement for a cup is just over one hundred years old, while the game is five times that age.  The original cups were installed simply to keep the hole from growing unsportingly large.  It was long the custom for players to grab a handful of sand out of the hole when they retrieved their balls and use it to build a little cone-shaped tee on the driving ground.   The first recorded hole was used at Musselburgh, near Edinburgh, in 1829, adapted from a drain tile and measuring 4 ½ inches in diameter.  In 1891, the R & A standardized that as the legal cup size in its official rules.  And while hole-cutters and other devices made holes more precise as the years went by, a cup was a cup was a cup….until Tim Webb’s TACIT hole cup came on the market nearly two decades ago.

The perfection of the cup came not from a moment of inspiration, Webb says, but “through years of trial and error.  The first problem was figuring out how to keep top dressing from jamming up the flagstick.  When the flagstick’s too tight it makes the hole wobble in the wind, which can affect the hole’s shape.  Then we had to figure out how to keep the cup from sinking into the greensmix, a problem when people jam the hole back into the cup.  And we wanted to minimize wear if we could.  Tacit is the only cup/ferrule system that actively sheds the top dressing away from the central bore and also effectively seals the central bore top and bottom.” 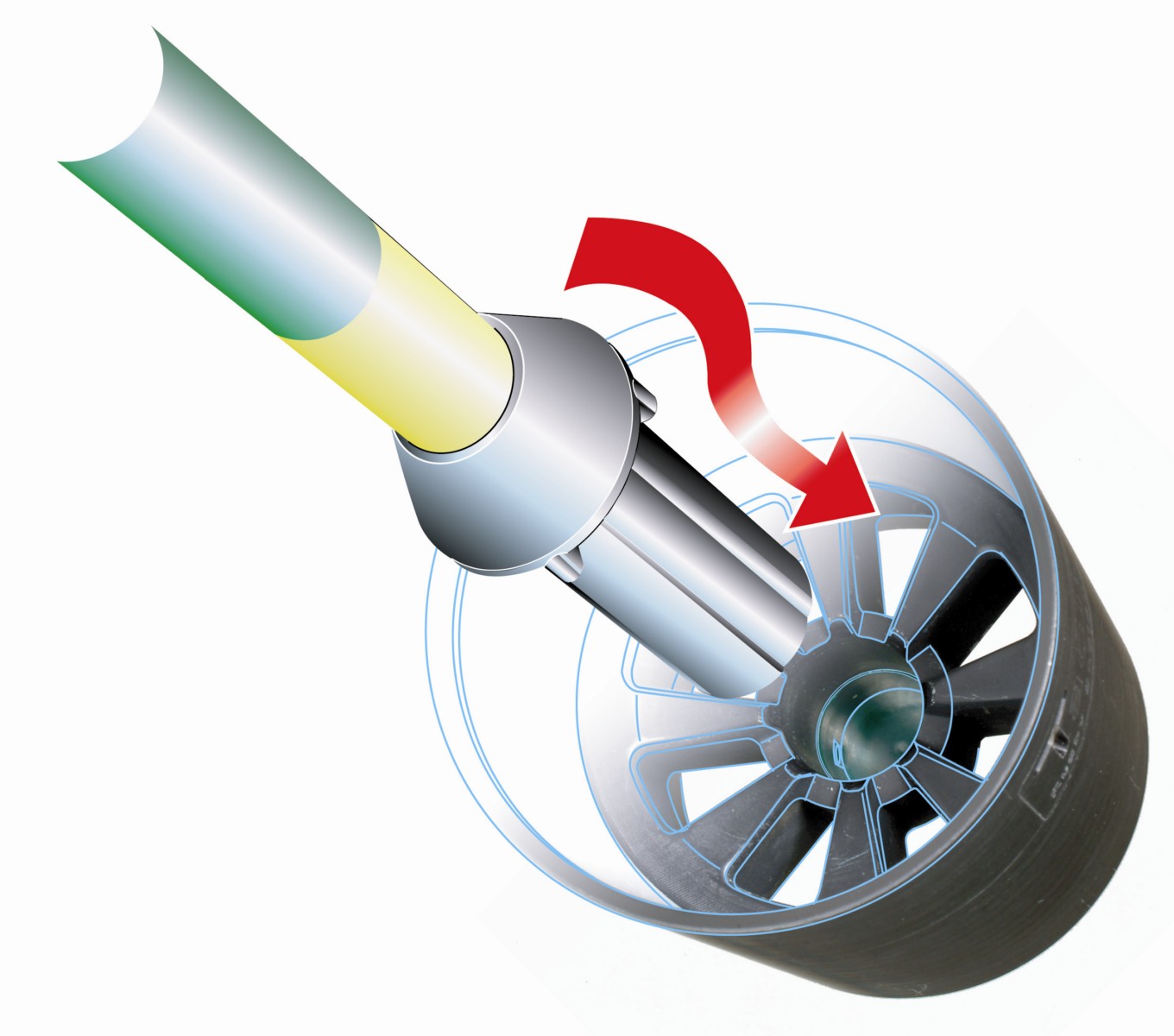 Mating the Flagstick with the Cup

The TACIT flagstick has an interlocking ferrule that mates with the cup.  Below it a plastic base (Webb calls it a “sub-cap”) spreads the load enough to keep the cup from sinking, but won’t distort the shape of the hole.  “We’ve brought an end the ever-sinking holecup,” says Webb.  “We tried many years ago to use a cover for the whole bottom of the cup.  That was unsuccessful, because the cup couldn’t be bedded into the green.  It rocked loose in the hole and pulled out.  The sub-cap on the underside, on the other hand, increases the ambient surface area by 300%, and that stops the holecup from ever sinking below the Royal & Ancient’s recommended one inch depth.  The sub cap also stops greensmix from entering from the bottom of the holecup and up through the central ferrule socket.  And as a final benefit, the ferrule on the base of the flagstick locates itself perfectly every time.”

The European PGA Tour staff responsible for setting up its courses travels with a set of TACIT cups, Webb says.  “At the WGC – HSBC Championship last November at the Sheshan International Golf Course in Shanghai,” he notes, “they used our cups and flagsticks.”   But unlike most golf industry products these days, TACIT’s products are made not in China, but in the UK.  “We employ around 30 people,” Webb says.  “We’ve sold almost exclusively in the UK, but we have developed an American model—it has a larger bore than the UK model— and are just setting up our sales and distribution in the US.  Our advertising inserts have attracted a lot of interest, especially from daily fee courses looking for ways to boost revenues.”

The TACIT cup is milled aluminum, so the insert—which can be blank for televised events or feature a club’s crest or printed with a logo for corporate outings—fits smoothly against the margins, seamless to the touch.   The blanks sell for about $1.50, and it costs another $5.00 or so to add a decal.   “For annual events, the inserts can be re-used for many years,”  Webb says.  “A course can easily sell that advertising for $450 per event, so it can be a simple, on-going revenue stream.”

The flagstick was the final element in TACIT’s solution to perfecting the cup and pin.  “It has a high fiberglass content,” Webb says, “so it doesn’t bend so much in the wind.  The PVC coating then keeps it from chipping or scratching—the colors last longer and look brighter.”  Mated with its ferrule, the flagstick will rotate within its gromit rather than twisting the cup itself.   This, too, extends the life of the cups and flags.   “The coating,” Webb says, “also assures that no fiberglass splinters will pierce the hand of any potential litigious golfer—surely a selling point in the USA.”

For more information on TACIT: www.tacitgolf.co.uk/