My next door neighbor/brother-in-law/Luckiest Man in the World/the new Nostradamus, Lee Barrett, poked his head in the door this morning a little before 7:00 to share his latest grievance with a world gone sour. 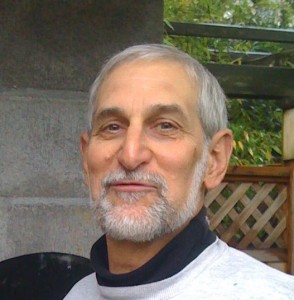 Would You Buy a Used Golf Ball from this Man?

“You know about golf courses,” he begins, so I know he’s about to tell me something he expects me to agree with.  “When was the last time you’ve seen or heard about an ‘obsolete’ course?”

What’s got him started this morning is a letter to the editor in the New York Times, prompted by an article by Bill Pennington in the May 9th issue, about the Polara golf ball, which “is designed to reduce slices and hooks by 75 percent or more….”—nirvana, Pennington notes, for the hacker who is indifferent to the USGA’s stringent rules about conforming equipment.   Pennington found plenty of golfers willing to admit that they would happily play the Polara if it would help them hit the ball straighter.

When the Polara first came on the market in the 1970s, the USGA tested it and found that the ball’s irregular dimple pattern really did correct hooks and slices.  The USGA “refused to approve the ball for tournament play,” according to Polara’s website, “ruling that it would ‘reduce the skill required to play golf’.”   Duh.

But of course the USGA has no right to prohibit Polara’s sale.   It could keep it out of competitions sanctioned by the USGA, but not prohibit its use among casual players who are not ideological disciples of approved and proper golf.  So thirty years later the forbidden Polara ball is still finding its way onto the course, a career desperado with a chip on its shoulder.

The correspondent to the Times who kick-started Lee’s morning rant took up a cause that’s percolated among golf purists looking for a way to arrest the pace of technological improvement in equipment for years: require a single conforming ball for tournament play.   Baseball and basketball have a conforming ball standard, the letter notes, as do most sports.  Nike and Adidas both make soccer balls, but Nike can’t claim its ball bends better.  Its performance characteristics are prescribed and immutable (except perhaps for durability.)

But that’s not what set Lee off.   Because the new clubs and balls which do conform still help players hit it longer and straighter, the letter asserted “that historic courses have been rendered obsolete.”

How many courses did I know of, Lee demanded, that “have been rendered obsolete?”

And of course there aren’t many which come to mind.   Merion was once thought of as undersized, but will host the 2013 US Open, playing to a par 70 at around 6,800 yards.  (Part of Merion’s problem was how to accommodate the large galleries who love to walk the Open courses,not simply its length.)

And length is far from the only defense a golf course can mount against low scores anyway.  Strategy—from exacting bunker placements to complex (and not necessarily simply fiendishly sloped) greens to treacherous rough—can force a more complex set of challenges into a golfer’s cranium than the expectation of an endless series of 300 yard drives ever could.

So the “technological ‘arms race’” the letter to the Times laments has, quite to the contrary, allowed more players to enjoy the game, even if it’s extremely unlikely that any of them will ever play at an elite level.  I’m using the best equipment I can lay my hands on, and Lee spent a significant portion of the largess the government doles out to him annually to get fitted with a whole bag full of game improving PINGS last year, and it’s still a moment for great celebration when either of us breaks 80 from the white tees on a run-of-the mill, no rough, few hazards, flat greens, state-of-the-art, no forced-carries golf course.

Obsolescence of courses today is less an issue in the golf industry than the disappearance altogether of a regrettably large number of courses that are just not economically viable.

Think about this: supposedly there are about 25 million golfers in the US.  This pretty much counts anyone who’s held a club in his or her hands over the last twelve months.  If you play one round a year you’re a “golfer.”  (That’s like saying if you have one drink you’re an alcoholic.)

But only about 4.5 million golfers carry handicaps—that is, take their hobby seriously enough to post scores and engineer their bets based on something more than deceit or desire.   That’s the number we should be trying to pump up, and not by making courses harder but by making the game more fun—even if it means constantly challenging the standards for conforming equipment, with Nike and Taylor Made and Titliest and PING and Callaway competing endlessly to make that magic wand that every golfer must have in his bag.