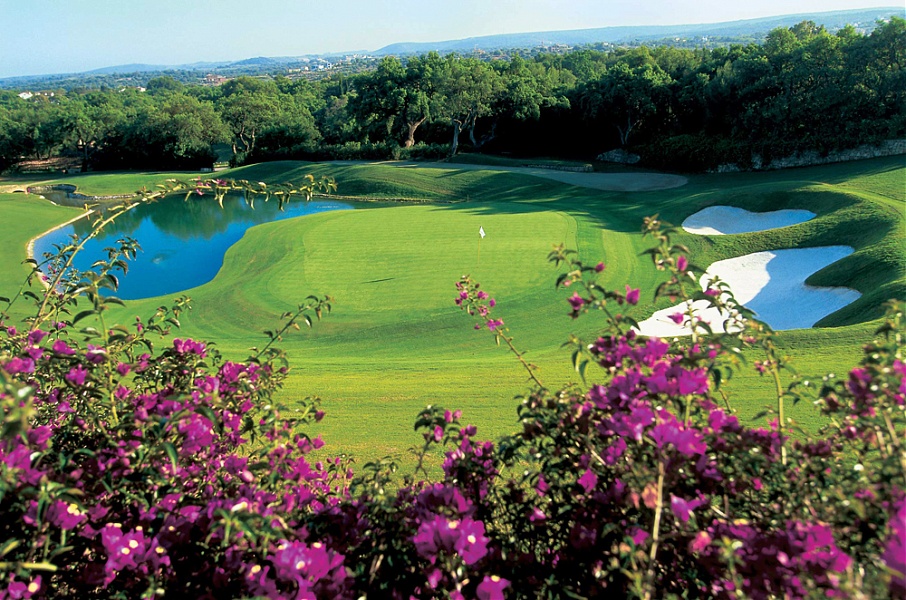 There's a reason Valderrama is called "The Augusta of Europe."

You may be watching the Masters right now, but it’s not like you are going to ever play Augusta National. In fact, while there are dozens of Major venues you can play, here and aboard, as I have covered, the Masters is the only one of the Grand Slam events with no public access. Besides the US Open, Open Championship (British) and PGA Championship, there is one other standout event whose courses you can vest and enjoy: The Ryder Cup.

In my last post I looked at the various Ryder Cup venues you can play (pubic or semi-public) here in the States.

The selection in Europe is even better because you can play every single venue that has held the competition – with a little work, none are off limits to the traveling golfer.

Like the US, quality is a mixed bag, but interestingly, over time US venue have tended to get better, while European venues have tended to get worse. Back in the day, course quality was the major factor. Today it is parking, sponsorship, lodging and all the things that have north to do with golf, which has seen Europe host he event at mind numbing series of Florida golf factory style properties that could easily be skipped.

The most interesting news is how many of the venues are in little visited parts of England, and how few are in Scotland (2) the birthplace of the game and Ireland (1). In fact, Ireland Northern Ireland combined have held as many British Opens as Ryder Cups, which seems odd, considering the British Open cannot be played in the Republic of Ireland.

Walton Heath (Old), England: Probably my favorite on his entire list, a course that is very unique, the pinnacle of the less known heathland style of design, visually breathtaking with all its heather, penally challenging in a way unlike other courses you have played, and just a hidden gem that few American golfers know about. The great thing is that it is easy to get to form London, the most visited foreign city on earth for Americans, and both courses here are equally good – you have to play 36. Do not miss this one! I love it! 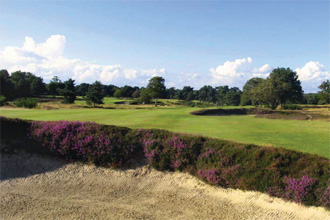 The unique terrain and flowering heather make Walton Heath a one of a kind must play!

Valderrama, Spain: Widely ranked the top course in all of Continental Europe, and for good reason – this course is a ton of fun to play and incredibly beautiful. It is one of the greatest ever by Robert Trent Jones, and worth visiting just for the impeccable maintenance, rolling Spanish countryside, and uniquely omnipresent cork trees – definitely not 90% air. Seriously, this is one of the few of its kind that is not over-hyped and is worth the trip. It was chosen as a Ryder Cup venue because it is really good, not just because the owners had a ton of cash like more recent picks. And historically it is unique, the only non-US Ryder Cup venue outside the British Isles. Just try getting good paella in Yorkshire! Despite a reputation as Spain’s Augusta, it is very possible to get on as visitor, though you have to plan it well in advance. It also is crazy expensive, more than any course in the States, €300-320, and another €60 if you want a cart.

Celtic Manor, Wales: My least favorite on the list, for both golf (cookie cutter Florida-style factory golf) and accommodations reminiscent of a bus terminal. The irony is that Wales has tons of great, unheralded golf, and real links courses, and this choice of venue did little to put that product on an international stage.

Ganton GC, England: Also recently hosted the Walker Cup and Curtis Cup. This coastal baled of heathland and links style holes and terrain captures the best of British golf and quietly remains highly ranked among European courses year in and year out, yet gets few American visitors event though they are very welcome. Worth the trip.

Muirfield, Scotland: Easily the most desirable course on this list as a must-play and the most difficult to get on. One of three Ryder Cup venues that also hosts the British Open, I won’t waste a lot of time talking about this home of the Honourable Company of Edinburgh Golfers, perennially raked in the top ten on earth. Despite a formidable reputation, you can get on, either by a nice concerted letter writing effort, a call from your club pro (nice club!), or by spending big bucks on a top shelf golf tour operator like Perry Golf.

Gleneagles Centenary (2014), Scotland: Gleneagles is one of the world’s greatest resorts and would be worth visiting for its amazing sporting facilities (world class falconry, shooting, equestrian and off-road driving) and plush accommodations and Michelin-starred dining, even if it did not have golf. The good news is that it has does have golf: two great classic courses, the King and Queens, by James Baird, the finest examples of the hard to pull off “inland links” style. The bad news is that the Nicklaus-designed Centenary Ryder Cup venue is not one of these – it is a monstrosity.

Lindrick GC, England: Home of the 1957 Ryder Cup, this is a true hidden gem, and its offbeat closer, the 210-yard par-3 eighteenth, is regularly featured in the “World’s 500 Greatest Golf Holes.”  Lee Westwood is a member and a surprising number of all time greats have passed through here in British Open tune ups or amateur events. Greg Norman famously remarked “The next time I play this hole I think I will take two 7 irons and settle for a 5!” of the stiff par-4 17th, on which he recorded a 14. It’s worth a visit just to see if you can beat the Shark on this hole. It is also very friendly – just check the website:  “All visitors are very welcome to Lindrick Golf Club.”
Moortown GC, England: Like Lindrick, Moortown boasts of its welcoming nature:
“Moortown Golf Club extends a warm welcome to local, national and international visitors.” It is worth taking them up on this invite, because the 1929 Ryder Cup venue was designed by the master, Dr. MacKenzie himself, in1909. It is a good mix of parkland and moors, with bunkering to avoid.

Royal Birkdale, England: Typically ranked as the top course in Britain, it is amazingly open, and visitors to Royal Birkdale are assured a warm welcome despite the history and 8 Open Championships held here. Go!

Royal Lytham & St. Anne’s, England: Another steeped in history classic, very highly ranked, home to 10 Opens, two Ryder Cups, countless other championships, and next year’s Open Venue (2012). Visitors are welcome but tee times scarcer and the process more formal than most of the others on this list. Still, you can do the legwork online.

Southport & Ainsdale, England: A sleeper worth waking up for and home of both the 1933 and 1937 Ryder Cup, Women’s British Open and British Amateur. A true links on England’s Northwest coast by James Braid, who did the awesome Kings and Queens at
Gleneagles. Welcomes visitors, but may require handicap certificates, like the Old Course. Great value too: try the all-inclusive Ryder cup Package for £99 with bacon roll (love bacon rolls!) and coffee before, range balls, lunch after, souvenir, yardage book, etc.

The Belfry, England (Brabazon) The home of the English PGA, this is Britain’s answer to PGA National, a mega-golf resort aimed at corporate and leisure visitors with three inland courses. Easy access for hotel guests, pricey. Haven’t played the course, can’t speak to the quality.

The K Club, Ireland: The resort was so excited it renamed the event layout the Palmer Ryder Cup course, one of two Palmer designs at the club. They are both perfectly pleasant, like Palmer courses I have played in Minnesota and elsewhere. Certainly not worth going to Ireland to play, but the good news is that the K Club is a fantastic high quality luxury resort hotel with great food, so if the golf disappoints, and it will, the rest of your stay will be very pleasant.

Wentworth (West): The 800-poud gorilla of English golf clubs, Wentworth is an ultra high-end residential community and hem to sports stars from top soccer players to F1 drivers to the Big Easy, Ernie Els, with three 18 hole courses and an executive course. The highlight is the West by Harry Colt, which has hosted the Ryder Cup plus the World Match Play and BMW PGA Championships, each several times. It is arguably the most expensive course you can play on earth, more than the USA’s priciest, Shadow Creek, with peak season greens fees of £360 – nearly $600. Hate to say it, but not worth it. Just as good or almost as good Colt courses in the neighborhood (St. Georges Hill, Stoke Poges) for far less. Play the two better courses at nearby Walton Heath and blow the change on pints of beer – and dinner – and more.