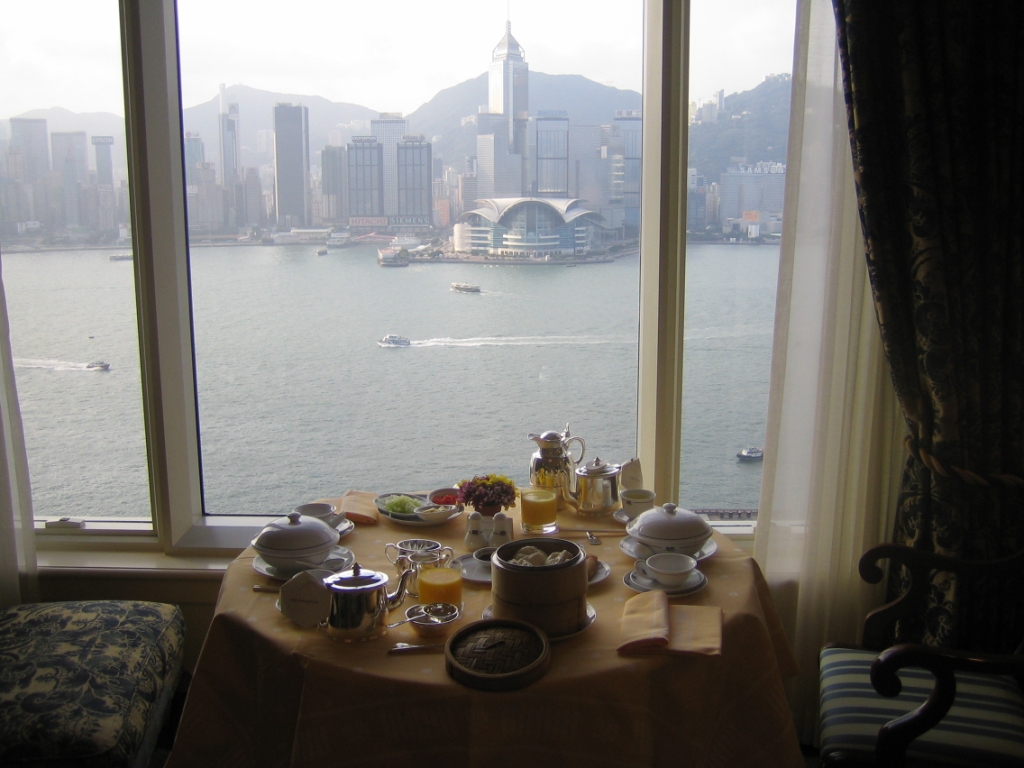 Room service breakfast with a view! Good enough for me and the world's most affluent travelers - but not for Conde Nast Traveler (Peninsula Hong Kong)

I know many of you enjoyed my multi-part rant on how stupid and poorly constructed the annual Conde Nast Traveler golf resort poll was because it was among the most visited blogs I have ever written.

Well, I was just flying home and read the magazine’s newest “effort,” if you can call it that, its annual Top 100 issue. This one is general travel, not golf travel, and it is not quite as ridiculous as the golf one, which had not only errors but many physical impossibilities (see my rants, part 1, part 2 and part 3).

This one is more, well, plain silly.

The author’s note says it all: “The No. 1 property in the world this year is…”

See the problem with the poll is that they have a different number one (and often much, much different top ten and top hundred) every year. Think about that. If a hotel really is the best on earth, isn’t there a pretty good chance it would still be the best on earth 12 months later? Or at least second or third best? Compare this to the golf rankings: Pine Valley is usually number one, sometimes Augusta edges it, but the top five are essentially the same. Imagine if this year Pine Valley is number one, next year it is not even in the top ten and to make it worse, none of the courses that replaced it are new. That’s what happened in this poll.

The way the poll is conducted, with so few votes and no qualifications on who votes or whether they have even been to the properties, or maybe work for the properties, lends itself to high-beta swings and in the all the years I gave been reading it, I don’t recall ever seeing a property repeat two years in a row, which should happen – a lot. In fact, I have seen properties win and 12 months later vanish from the rankings as if they never existed. Common sense would suggest this makes no sense at all, which is my point about the polls.

In contrast, I have been the editor running the travel polls for upscale Cigar Aficionado magazine for the past five years, and the number one hotel has always been either the Peninsula Hong Kong or the Four Seasons George V in Paris, and these are pretty much top two year in and year out, because they remain, as they have for decades, among the very best hotels ever built. I can’t give you a link to the new Cigar Aficionado poll, out right now in the Nov/Dec 2010 issue because it is not available online – you’ll have to buy it (you can see past year’s polls online).

I do not want to argue the merits of relative hotels on this list of the world’s top 100 but certain discrepancies leap out. I have stayed at many of these properties, but let us consider the Westin Riverfront Resort at Beaver Creek, Colorado. Let’s forget for a second that the resort is not at Beaver Creek, it is the middle of Avon, but that is neither here nor there. It is a fine hotel as ski hotels go, quite pleasant, and I cover the ski hotel industry a LOT. Depending on your opinion of the Osprey (actually slopeside in Beaver Creek), the Westin is either the third or fourth best hotel in the general vicinity of Beaver Greek (and the only one that is not ski-in/ski-out), and not remotely within the top ten ski hotels in the country – probably not even in Colorado.

Yet according to Conde Nast Traveler’s poll, it is not only the World’s Best ski hotel (ahead of several Four Seasons, Ritz Carltons, a Montage, a Capella, many Fairmonts and every grand hotel in the Alps) but it is the twelfth best lodging of any type on earth – ahead of the vaunted Peninsula Hong Kong, the Four Seasons George V in Paris, every grand hotel in London, every single Mandarin Oriental, Aman,  Rosewood, Oberoi, Ritz Carlton, InterContinental, and Orient Express property ever built. 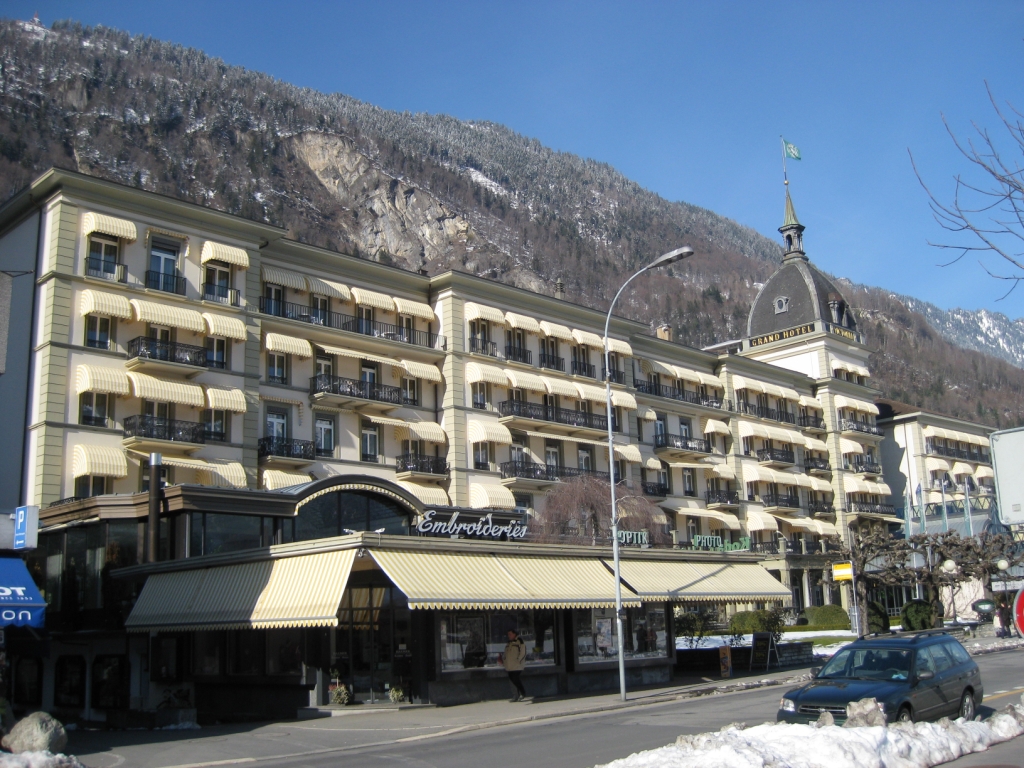 The Victoria Jungfrau, in Switzerland's Interlaken, is one of the world's grand ski hotels - one CNT readers apparently do not know about.

Okay, so “best” is a matter of opinion, but opinions are like a**holes – everyone’s got one. If your opinion was that the Yugo was the finest car ever built, you would be wrong, opinion or not. I don’t mean to pick on the Westin, which is a very good place for a ski vacation, but to even consider seriously, for one second, that it is better than dozens or even hundreds of other great hotels I could name is utterly preposterous and indefensible. Stay at the Peninsula Hong Kong – or any Peninsula for that matter – and try to convince me the Westin is better, and you need to be institutionalized. It’s hard to compare a tiny luxury tented safari camp to a full service resort or urban hotel, but it is easy to compare these types of properties to one another, and no matter how you look at it, the poll fails.

Just among ski resorts, there are only two on this entire list (I don’t count the Amangani near Jackson Hole because it is really a summer place), and the second is the Stowe Mountain Lodge at number 90, (a fine enough hotel despite the fact that they lost my luggage and crashed my valet parked car, all in a two night stay – though they handled these incidents very well). Neither the Stowe Mountain Lodge nor the Westin Riverfront could sanely be argued to be better than the Four Seasons Jackson Hole, the Arrabelle in Vail, the Four Seasons Whistler or Chateau Whistler, the Ritz Carlton Bachelor Gulch or Ritz Carlton Northstar, the Little Nell is Aspen, the Park Hyatt Beaver Creek, Badrutt’s Palace in St. Moritz, or several other ski hotels I can think of. That is simple fact, not opinion. It is not just the Westin, there are many properties on this list that do not belong, the very best are way too deep in the list, and many of the best are missing.