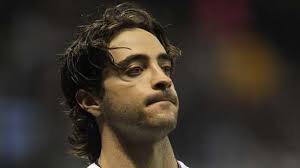 It will be stated by many people and should be remembered in many ways: Ryan Braun is not your garden-variety scumbag.

I am not referring to his suspension, announced yesterday, based on information provided to Major League Baseball by Anthony Bosch, chief of the Biogenesis clinic in Miami.

I am not sure how I feel about performance-enhancing drugs in general.  When we root for a team, we want the players on that team to do everything in their power to win games.  If that means cutting a few corners – scuffing a baseball; corking a bat; disdaining the bag on a double-play pivot – so be it.  I will believe fans care deeply about PEDs when a player returns from a suspension and is booed by his home fans.  PEDs are part of an improvement continuum; we want better performance, and we as a society are not opposed to chemical enhancement.

Let he or she who is without Viagra or Valium or Zoloft or Xanax cast the first aspersion.

My objection to Braun stems from his self-righteous diatribe in February 2012 when his previous suspension was overturned on appeal.

That initial finding, based on a urine sample collected after a playoff game on October 1, 2011, was reversed on a 2-1 vote because the collector did not follow proper procedures that called for same-day shipment of the sample to a lab via FedEx.  The collector, Dino Laurenzi, Jr., said that he could not find an open FedEx office after the game, and as instructed he kept it in a cool place – his refrigerator – until he could send it away.  The sample was in a sealed container inside a sealed bag – Braun witnessed the sealing – in a sealed box to be shipped.  All seals were intact upon receipt at the testing lab.

It was not necessary for Braun’s legal team to prove that anyone tampered with the sample; the delay itself was a sufficient opening for them to call the validity of the sample into question.  Arbitrator Shyam Das voted with the Players Association representative on the three-man appellate panel that the irregular timing and uncertain chain of custody meant that the suspension could not stand.

In the judicial system, this is often referred to as “getting off on a technicality.”  Braun’s response to the decision, and that of his lawyers and public relations people, was straight out of the Lance Armstrong playbook – which looked better in early 2012 than it does today.  It is interesting to review Braun’s words in light of Monday’s announcement.

“I’ve tried to handle the entire situation with honor, with integrity, with class, with dignity and with professionalism because that’s who I am and that’s how I’ve always lived my life.  If I had done this intentionally or unintentionally, I’d be the first one to step up and say, ‘I did it.’”

Perhaps not the first; that honor goes to the aforementioned Mr. Bosch, and the Miami New Times reporter Tim Elfrink who broke the Biogenesis story in January 2013.

“I was made aware of the positive test result on October 19, [2011,] at which point I had a conversation with the players association.  I expressed to them that I have not done anything that could have possibly led to this test result.  I told them that I promise you on anything that’s ever meant anything to me in my life – the morals, the values, the virtues by which I’ve lived in my 28 years on this planet – I did not do this.”

It is possible that all of this is true, that the October 2011 test was flawed and that the substances he had been taking would not have resulted in such elevated testosterone levels at that time.  He may have been extremely precise and specific when he used the word “this.”

“There were a lot of things that we learned about the collector, about the collection process, about the way that the entire thing worked that made us very concerned and very suspicious… You don’t know if he left it in the trunk of his car, you don’t know where it could have been or what could have potentially happened to it during that period of time…We spoke to biochemists and scientists and we asked them, ‘How difficult would it be to tamper with somebody’s sample?’ And their response was that, ‘If they were motivated, it would be extremely easy.’”

Conspicuously missing from the list of those to whom Braun apologized in his statement on Monday (“anyone I may have disappointed – all of the baseball fans especially those in Milwaukee, the great Brewers organization, and my teammates”) is Mr. Laurenzi, the person Braun most clearly wronged, especially with the veiled remark that he had learned “a lot of things” about the employee of Comprehensive Drug Testing.

“Ultimately the system decided that I was innocent and I have been exonerated… I guess the simple truth is I’m innocent.  I’ve maintained my innocence from Day 1, and ultimately I was proven to be innocent.”

The system did not decide he was innocent; it decided that the proof of his guilt was flawed.  And the word “ultimately” is a dangerous one; as Yogi noted and Lance can confirm, it’s not over till it’s over.

“The truth is always relevant, and at the end of the day the truth prevailed.”

Well, he got that right anyway.

2 Responses to “Ryan Braun: A Study in Gall”