“Your Coach In A Box” 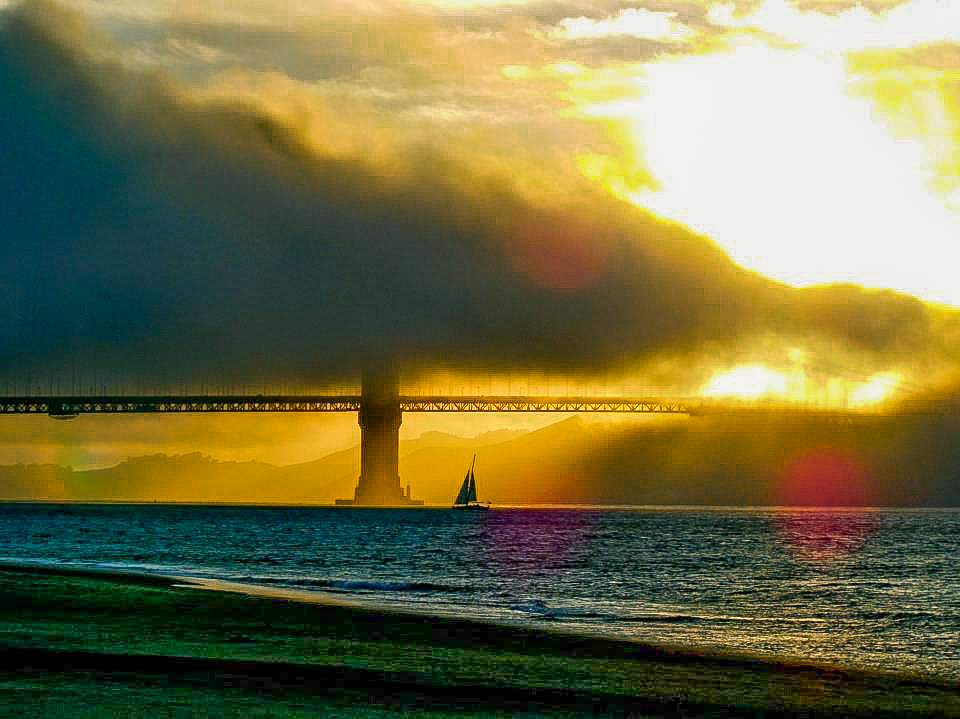 “Life Sails On Under The Golden Gate Bridge”

Introduction – What Is This All About? Access Codes To Success & Fulfillment!

I see you. I know you. I savor your light. Your heart is known and more people than you might imagine cherish you. In fact, if you knew how many others you have touched in wonderful ways, you’d be astonished. You are far more wonderful than you think you are. Rest easy with that. Now breathe again. You are doing fine. No, far better than that. You’re fantastic and you’re special. You see, I know you so relax. And love yourself today.

I am so excited to share with you some of the perspectives that have helped me and my clients – my “life tool box.” It is said that you teach that which you must learn and this is no exception. Just as this compilation has been a big helping reminder for me, it may be some value to you too.

This is not about fixing you, but wouldn’t you agree that sometimes it would be nice to have some encouragement, a useful perspective, or even some whisper points from a trusted friend or virtual coach? This may even serve as your “coach in a box.”

Let’s be honest, I can’t profess to have mastered much, let alone all of what I have offered. I am simply attempting to encourage meaningful change by offering meaningful insight – for us all. Suffice it to say, paying attention to these little pearls have made me far better, helped me through challenges, and be more peaceful and fulfilled than I otherwise would have been.

Please note: This “tool box” is not structured to be a smooth read, but rather a series of numbered “story ideas” that you complete at your discretion. Some themes are repeated in slightly different versions. And I can assure you that no one part of the tool box is superior to another.

So how do you approach this tool box? I recommend reading in short segments or alternatively jumping in anywhere. Challenge yourself on every point. When you discover something that sparks an interest, stop, be patient, reflect on it, commit to it, and then measure your progress. That would be your task if I was coaching you.

I can’t imagine anyone possibly assimilating everything in one reading, but rest assured that this is a resource of treasures always waiting for you when the timing is right. In the spirit of the best teachers, I will show you where to look, but won’t tell you what to see. Intuitively you already know.

You will discover that I am not teaching you, but rather I’m helping you remember something precious you may have forgotten. Fasten your seat belts and keep your mind open. I’ve witnessed many, many times, a tiny shift in just one or two beliefs or behaviors immediately and dramatically enhance a life. Imagine your possibilities.

For whatever reason our paths have crossed, I thank you. I hope you find a bit of inspiration, encouragement or guidance as you peruse these thoughts. Have fun exploring my toolbox!

I encourage you to share this with my blessings.

Would you not agree that helping just one helps us all? Anyway, this is my small way of “paying it forward.”

difference, but it’s your choice. Watch out that your ego or fear don’t get in the way!

We enter and leave life empty-handed. The wealth we acquire is only in how we have allowed its experiences to enrich us. At the core, we have so much in common. If we choose conscious responses as opposed to haphazard reactions, no adversity is an impediment. Manure can transform into sweet fruit. No matter the nature of our circumstances, conscious awareness can enhance our experience if we allow so.

Yes, your job is to become happy. Does that sound trite? I can make a good case for us all being happy. Have you ever witnessed any truly happy person stealing, bullying, lying, killing, embezzling, cheating or intentionally hurting another? It’s hard to be hateful when you’re grateful. Besides, have you ever experienced anyone truly helping the world who isn’t happy? Teachers, healers, philanthropists, caretakers, or peacemakers tend to be happy. Your first task is to become truly happy and the second is to infect those around you.

Next time you take yourself really seriously, remember that you are just a ghost of a sometimes-conscious awareness driving a meat-coated skeleton made from stardust inhabiting a speck of dust too tiny to register in the essence of the Universe and gone in a flash. While nonetheless an absolute miracle, it might be argued that anything more is a fabrication of our ego.

Remember to own your full self. Forgive your shortcomings, and feel proud of even your small creations, the places you’ve visited, the acquaintances you’re fond of as well as those forgotten. They all add up to the treasure of you. After all, you’re human. That’s a success. Everything matters. Open your eyes. Look at what you have now and in the past. Serve without expectation. Forgive and be grateful. Never miss a chance to “pay it forward.” This is where it all begins. Your future self will thank you.

While many of us identify with a religious philosophy, let’s not forget that kindness, love, and compassion were original common threads so why not bring those back to the forefront? Let’s lay down our arms so we may instead lock our own arms together so we can move forward together celebrating not only our few unique differences, but also our many commonalities. Again, imagine the possibilities.

I began this referring to you as an angel, which I believe is totally accurate though we may be in varying stages of training. Remember that we are angels for each other at one time or another. And the purpose of an angel is to remind us that we are not alone and are loved. Love changes things. The inner forecast is sunny. Trust, surrender, and let go.

As you practice love for yourself and others, the world will love you back. A challenge to both of us will always be to love more often. So love yourself as if your life depended upon it, because it does. May joy be with you! 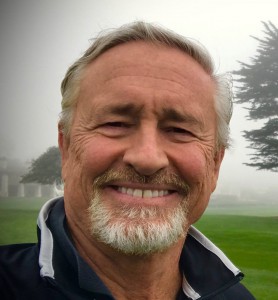 Bob Fagan has failed in one respect or another at practically everything he has ever attempted – jobs, business, investments, love, marriage, sports, school, etc. He’s suffered serious injury and like most, grieved. He has, however, experienced amazing mentors at crucial moments so he’s been fortunate to also discover some successes in all of these same areas. Turning around challenged organizations in more than a dozen industries as a leader or consultant, helping build a multi-billion startup valuation from scratch, enjoying good health and a loving family and marriage, and establishing a charitable foundation contrast some of those failures. For fun, he’s well-traveled and in one of his passions, golf, he won at the state, collegiate, and professional levels and enjoyed playing many more than 4,500 golf courses. He’s published more than 1,700 articles, several books, and produced a DVD/CD on subjects ranging from business, leadership, golf, travel, spirituality, and self-improvement.

Along with his writing, Bob Fagan’s most rewarding calling has been coaching and co-creating fulfilled winners – elite athletes and performers, business execs, and regular folks. Studying human performance for nearly sixty years and more than 26,000 hours invested in coaching has been supplemented by an MBA, a PhD. in Holistic Counseling, and a Doctorate in Divinity. Ongoing study at Harvard, M.I.T., Stanford, UC- Berkeley, John Hopkins, Penn, Princeton, Dartmouth, Rollins, and Yale reflect his ongoing curiosity. He is an ordained Interfaith Minister and Chaplain.

***I have an established 501(C)3 Private Charitable Foundation (focused on Children’s, Women’s, and Environmental concerns). Should you like to support this with a tax-deductible donation, you are welcome to send to: