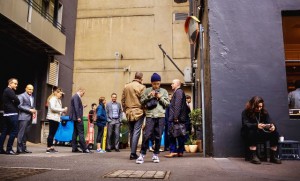 There are essentially three avenues to succeeding. Picture a night club. The first is the group of people all lined up hoping to get past the security guard and only a very lucky few get in. The second group are the VIP’s who because of connections, status, or whatever go to the front of the line and are immediately warmly ushered in. For most people, that is how they think the system works, but there is a third way in the club. That is not only to think outside the box, but throw the box away. These people tend to be extremely imaginative, resourceful, rule-breakers, and outrageous and they figure out ingenious ways to get inside. They possess a burning desire and an intense focus and are not afraid of failing or embarrassment. They don’t stop when rejected; they persist. They test the boundaries and don’t follow the crowd. They don’t wait for permission. Many of the hugely successful can trace their journey to this third avenue. If something is important enough, they try it.