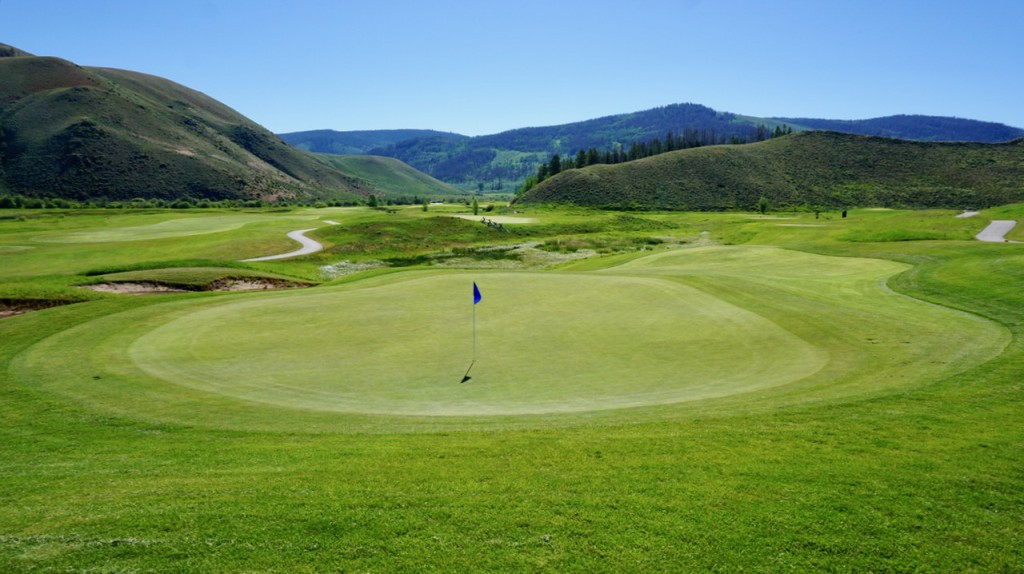 The newest of Colorado’s Grand County’s primary golf facilities is Granby Ranch. Its unpaved entrance may have you wondering if you made the wrong turn, but rest assured, very attractive golf waits.

The setting is rustic and scenic. Granby Ranch begins with play in the lower section of the property among the flat wetlands with the Fraser River and Amtrak railway partnering its valley front nine. Often you will spot a train in one direction with wildlife in another. In contrast, after a lengthy cart ride, the back nine is very much a mountainous one. Here the terrain spills up and down and affords some exciting vistas. 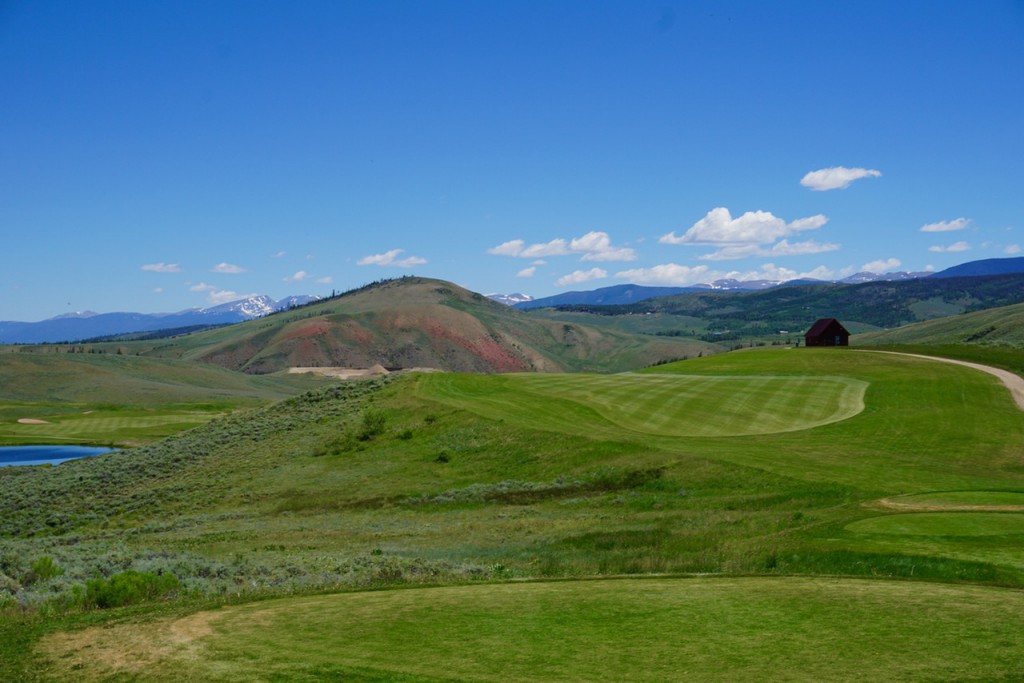 The tee (above) and approach (below) shots on the par-4 13th are as dramatic as any on the golf course, while the putting surface spills away to the sides making par deceptively difficult.  (Photos by Robert S. Fagan) 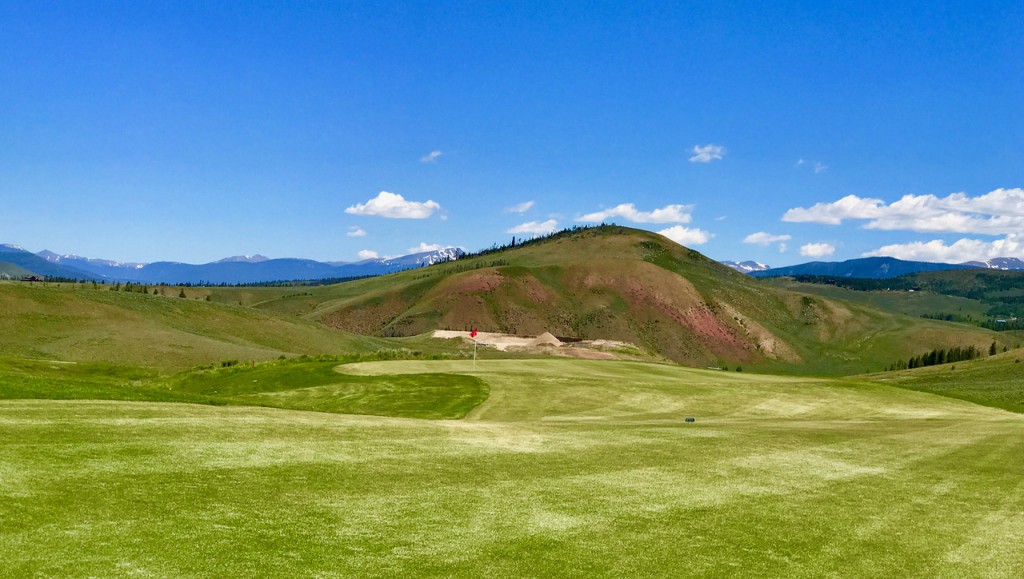 The Nicklaus Design Group reworked the original Mike Asmundson design and the shaping and bunkering artfully fits the terrain. They even fit a lake into the par-3 17th. As the yardages range from just under 5,300 yards to nearly 7,200, it is critical that you not over-estimate your talent by choosing too long a test though the fairway hitting areas are quite generous. 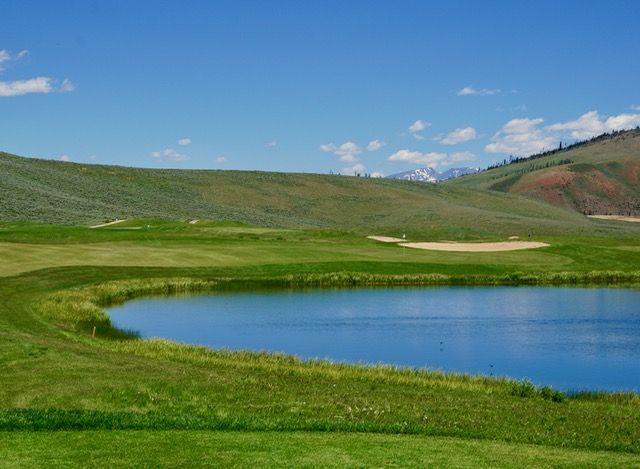 Picking the proper club is just the first of several sage decisions you must make on the par-3 17th.  (Photo by Robert S. Fagan)

I immediately liked the look and ambiance of the golf course, but the routing with the back nine can only be termed as bizarre with long and disjointed treks between holes. I was later informed that when the Nicklaus Design Group came in for changes, they created new holes and left two dormant for a possible expansion of the 18-hole layout perhaps in the future. Anyway these holes forced the extended cart ride, and the transition from the 16th green to 17th is cumbersome so walking is not advised on the back nine. 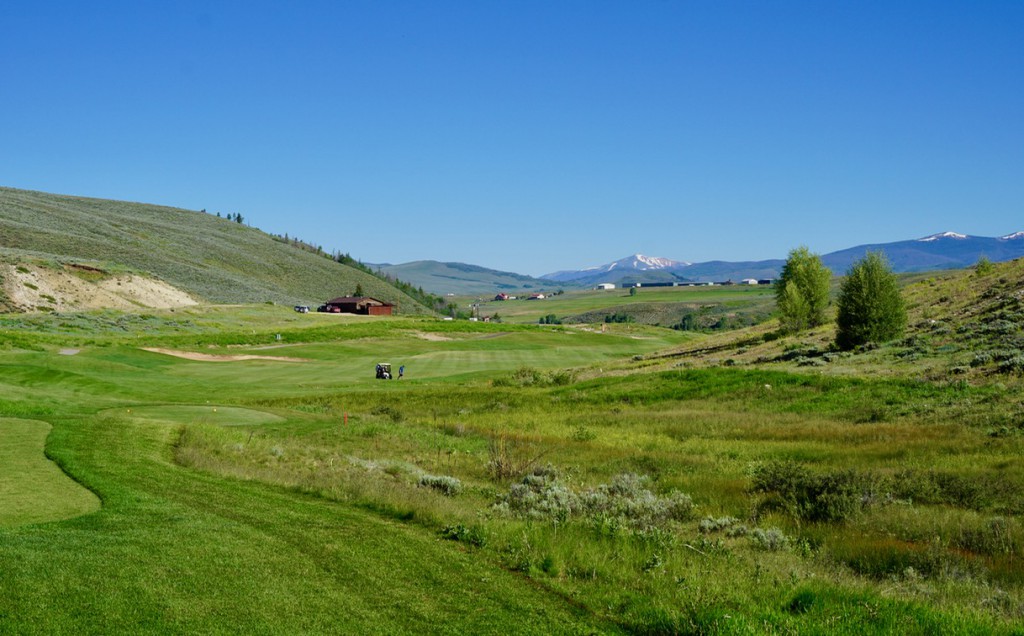 The first and last holes at Granby Ranch are both par-fives that bend to the right and test just how much the golfer wants to cut off the dogleg. Shown above is the first hole which is a bit intimidating right off the bat.  (Photo by Robert S. Fagan)

The scenic views there, however, made up for that. My only criticism was that several of those back nine putting surfaces are very severe. As an instance, when we played, someone chose to position the holes locations right on slopes and everyone’s the putts would approach the hole even inches away, stop, and trundle off the putting surfaces. Again, I later received feedback that these unfortunate cup placements were corrected later in the day, but the point is that the ample greens play quite smaller than they look.

The conditioning was very good and there was much to enjoy about Granby Ranch with many solid and several spectacular holes.