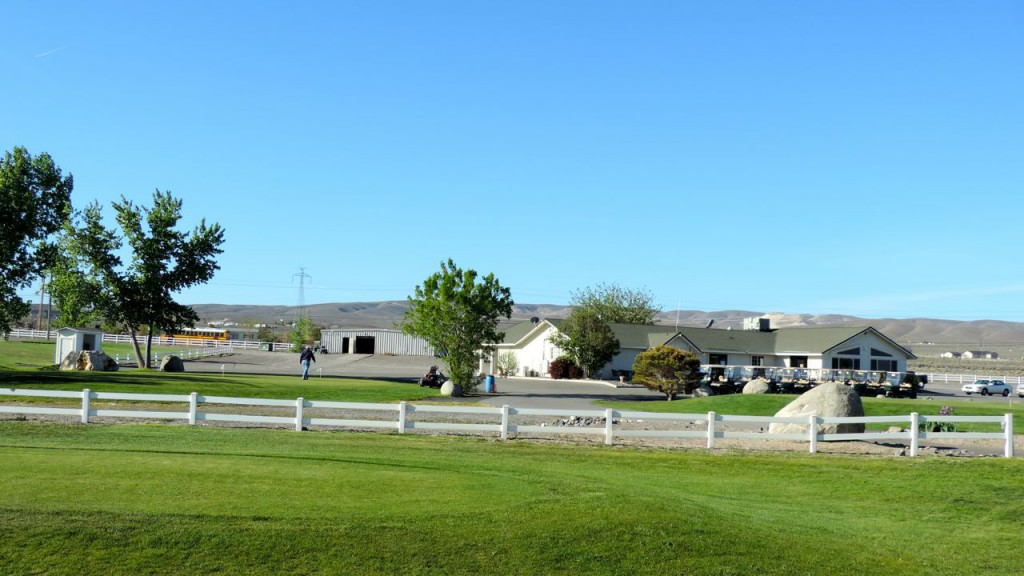 Good friendly service, two putting greens, and a driving range make for a good start at The Golf Club at Fernley. (Photo by Robert S. Fagan.)

In checking out all the golf courses around Reno, Nevada, you will find the high desert town of Fernley about 35-40 miles east on Interstate 80. It is a now growing area with an Amazon fulfillment and distribution center and other similar businesses sprouting up in what once was just a train stop for a rural ranching and agricultural area. The Golf Club at Fernley, once known as Desert Lakes, is the only golf course in the area, and candidly I cannot recommend it as any sort of destination one. That doesn’t mean that it is a bad course or hasn’t several nice features to recommend it.

The thing that immediately impressed me was the lady who took my green fee. Coming in as a single, she was going to pair me with another twosome. This woman (I regret that I didn’t get her name) not only handles the green fees and carts, but the food and beverage as well along with the telephone. Be that as it may, she took me outside, we walked some distance, and she personally introduced me to my playing companions. I can’t remember the last time that has happened to me at a public golf course – and it should be noted, that she didn’t know I was affiliated in any way with the golf industry or was a writer. How nice!

The second item is that the rates are very moderate and include the use of an electric cart for 18 holes. The full rate is $32, and my “60 and over” fee was a modest $28. So if you want to play a nicely maintained 18-hole course on a budget, The Golf Club at Fernley scores well.

As for the golf course, the flat site that winds among the houses that must bet peppered with golf balls is nothing special. The former name of Desert Lakes is significant because it is said that there were once 33 lakes in play. Now there are but two or three that still have water. Between the area drought that has lasted several years and now greatly reduced water rights allowed for the course, the many lakes are just dried out hollows. Some essentially play like huge dirt bunkers while others have vegetation growing in them. Suffice it to say, at one point, the layout was a much more significant driving test. Now if you hit the hardpan dirt, your ball may roll for sixty yards or more. There is also no interesting shaping around the course as the construction budget had to be minimal. What’s more, the often-present wind tends to blow the sand out of the bunkers so that you can’t rake any of them, you just scrape them. Overall the course is quite playable – especially given the lack of water hazards. 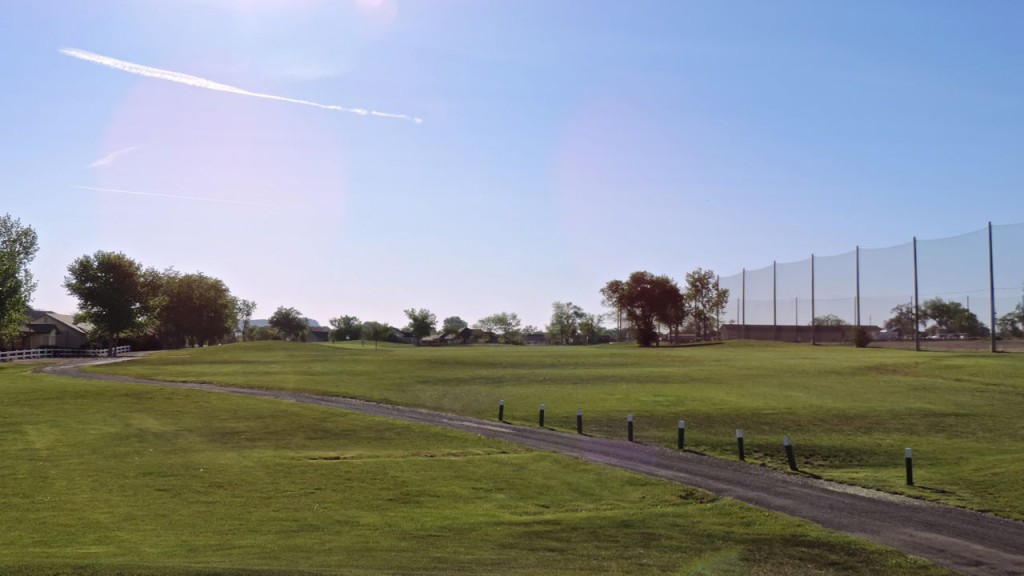 The 416-yard opening tee shot invites you to grip it and rip it as there is not too much in the way of shaping or trouble to distract you. (Photo by Robert S. Fagan.)

What did surprise me were that the putting surfaces were so large, typically quite long from front to back. The other pleasantry is that they putted pretty well and the tees and fairways were also reasonably maintained. At only 6,426 from the tips on it par-71 frame, the 69.9/118 rating/slope The Golf Club at Fernley isn’t going to test a good player and all the par-fives with the exception of the 614-yard ninth are easy birdie opportunities.

Yes, you would kill me if I recommended The Golf Club at Fernley, but if you live anywhere near the area, this may just be the right golf course. The service is friendly, there are two practice putting greens and a driving range, the fees are a good value, and the course will not beat you up. Come to think of it, America needs more golf experiences like The Golf Club at Fernley.

Below is perhaps the best view at Fernley. Pictured is the 522-yard fourth hole with the mountains to the north as a backdrop. (Photo by Robert S. Fagan.) 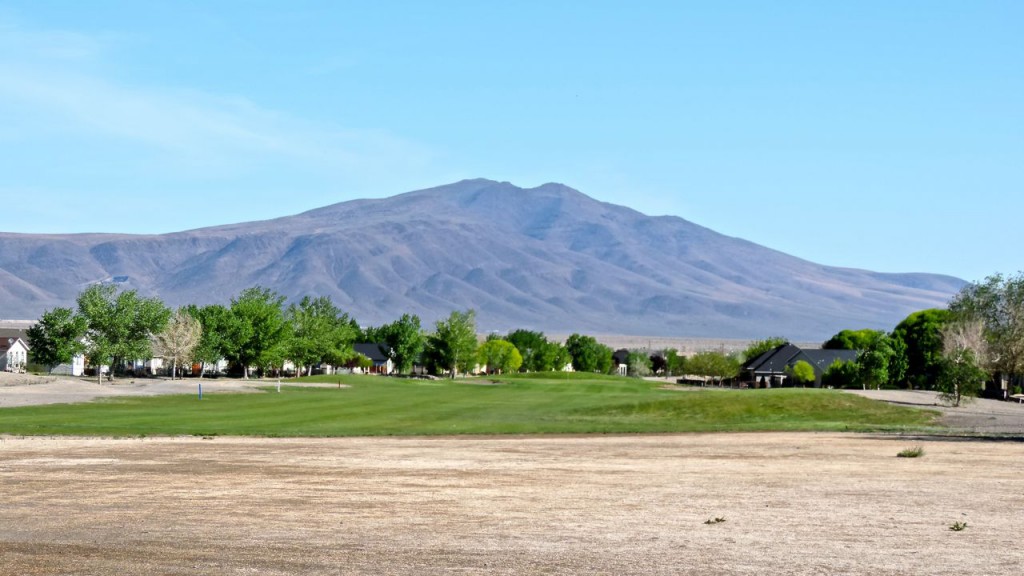