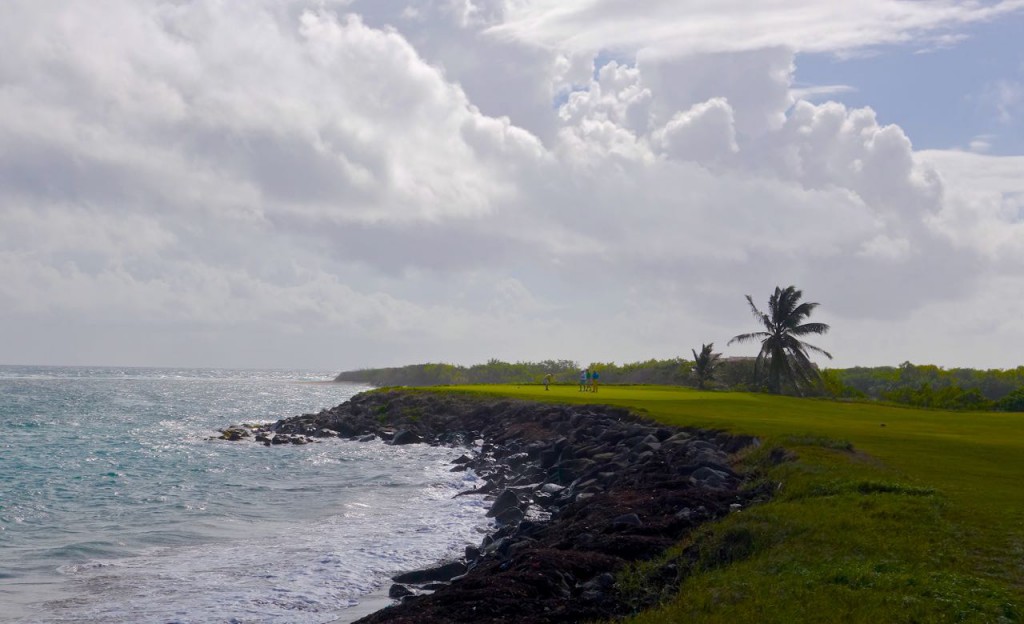 If you hope to putt for a birdie-3, then you will most likely count the 17th at the St. Kitts Golf Club as one of the most exciting, but imminently fair holes in the World!  (Photo by Robert S. Fagan)

For a few months longer, the Royal St. Kitts Golf Club will remain the only 18-hole golf course on the Island of the same name. With two more outstanding golf courses in the offing, the limelight may veer away, but this popular course will retain its popularity. Here’s why.

The Royal St. Kitts Golf Club originally opened in 1976 and was remodeled by Tom McBroom finishing in 2003. The course has many appeals, but among them is its eminent playability and the other is its dramatic 5-hole finish of which three holes border the Atlantic. In fact, the entire length of both the two-shotters at 16 and 17 play right along the beach and the waves spelling disaster for any miscue left. The course is also affordable typically ranging from $125 to $165 depending on the season. It’s also conveniently located just a few minutes away from the airport, and if you are staying at the adjoining Marriott, which doubles as the largest hotel in St. Kitts, it’s only a par-five walk or shuttle away. What’s more, the conditioning is excellent and the scenery just plain ain’t bad either. 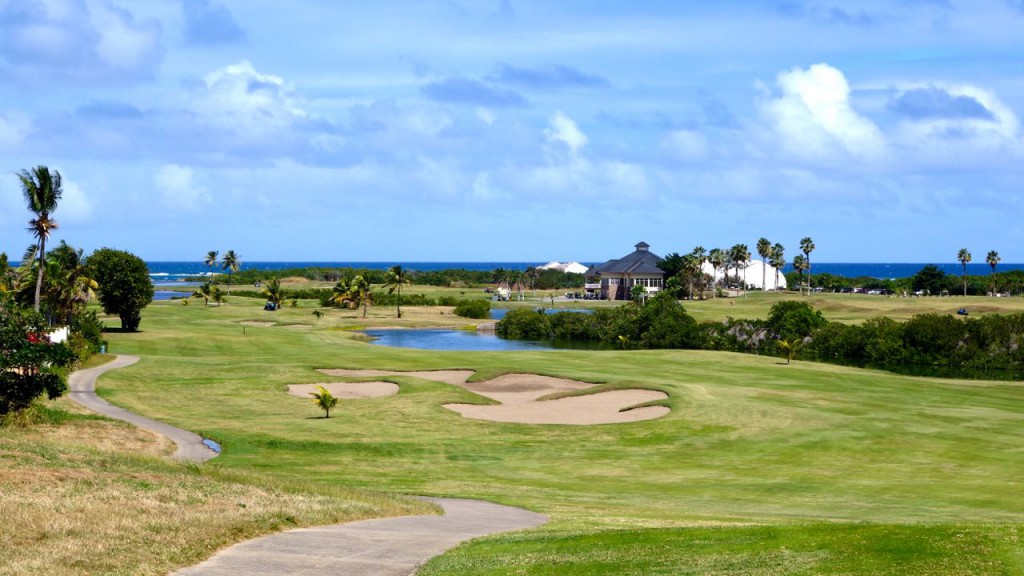 The first thirteen holes are solid, but nothing too remarkable or memorable. As shown by the par-five 11th, there is trouble, but the landing areas are generous, the bunkers attractive, and some of the putting surfaces tricky and slightly elevated.  (Photo by Robert S. Fagan)

There is nothing negative to say about the first thirteen holes and it would have been acceptable to have finished with that mostly flat canvas with its very playable, wide landing areas though there are abundant water and sand hazards. The greens run smooth and fast with interesting contours while the bunkering is nicely shaped and not too deep so as to accommodate resort play. At St. Kitts Golf Club, however, it is the strong five-hole finish that will wow you. As you encounter these finishing holes, there is both a variety to the terrain with the elevated treacherous 13th putting surface that more than adequately defends par on this short par-four. The tee shot from the elevated tee gains a nomination for the most photogenic hole, but the last three par-fours that follow will make or break your round. The 16th plays directly adjacent to the Atlantic, but offers a wide bailout area to the right. Sitting just a tightly to the Atlantic, the 405-yard 17th notches up the stakes a bit and can easily play 75 yards longer as you head more into the wind. Here there is no bailout to the right either, but rather a pond awaits for those playing too conservatively. The 451-yard finisher though it heads back inland to the clubhouse features water all along the right and bunkers on the left. Win or fail, you can’t help but leave impressed with the layout. 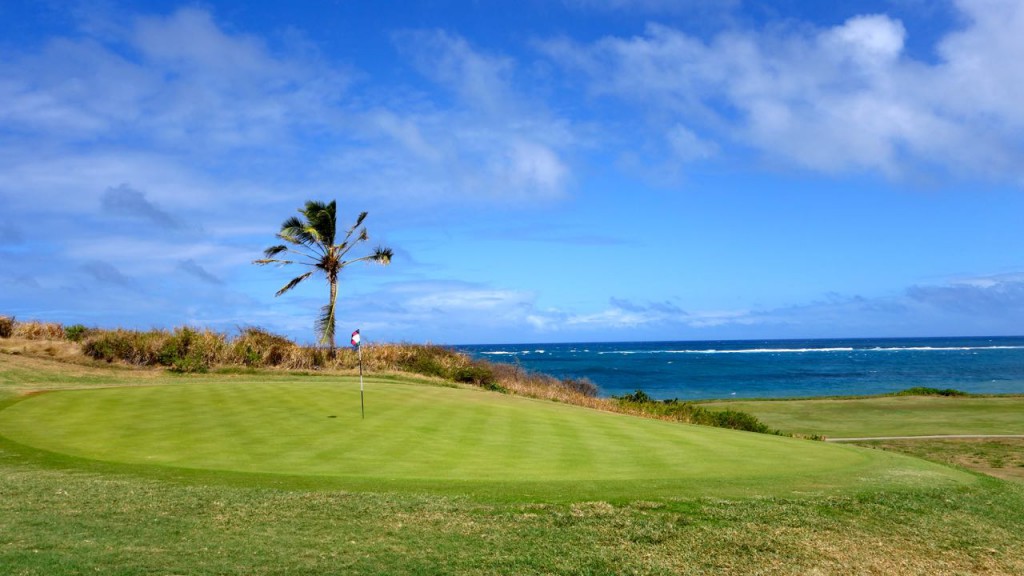 This is where the fun really steps things up at Royal St. Kitts. The short par-four 14th looks easy, but bogeys and worse can happen in a heartbeat, and the views begin the “Wow Finish!”  (Photo by Robert S. Fagan) 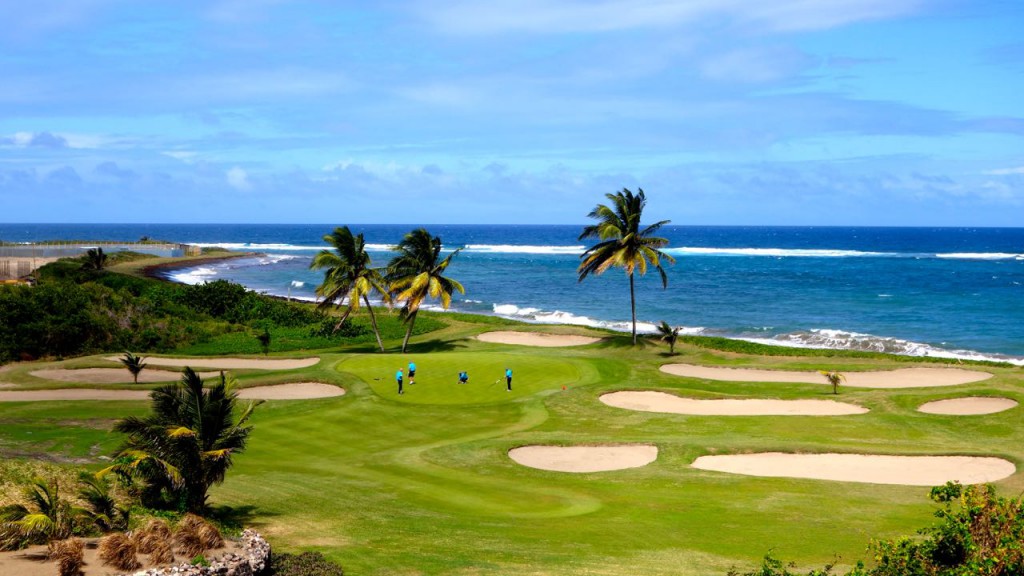 How’s this for a picturesque par-three?  (Photo by Robert S. Fagan) 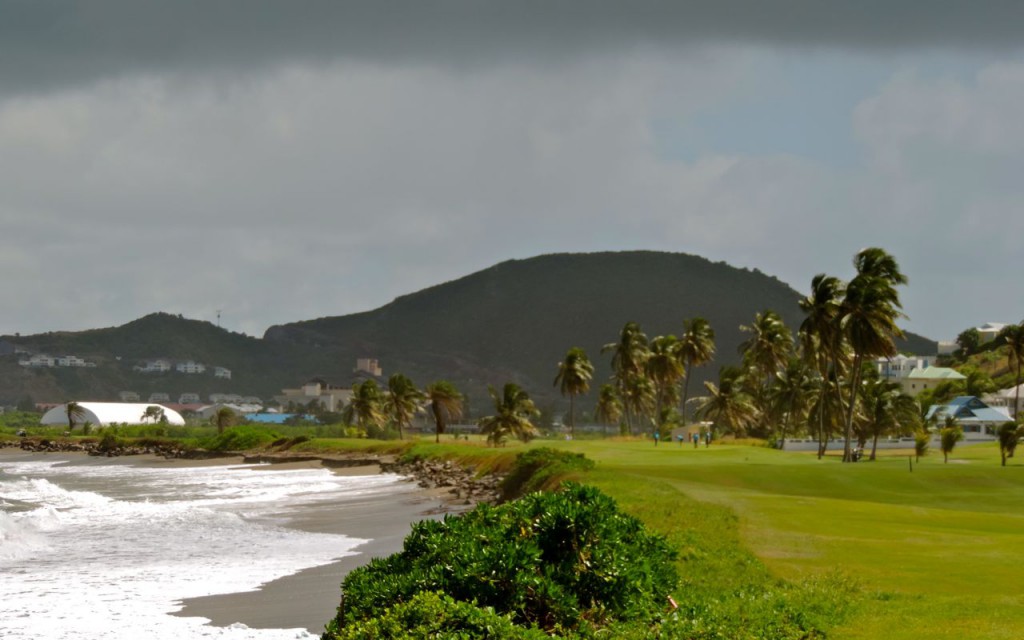 The par-four 16th is a forerunner of the 17th, a bit shorter with a bit more bail-out room to the right as well as to the left of the putting surface, but it’s pretty spectacular nonetheless.  (Photo by Robert S. Fagan) 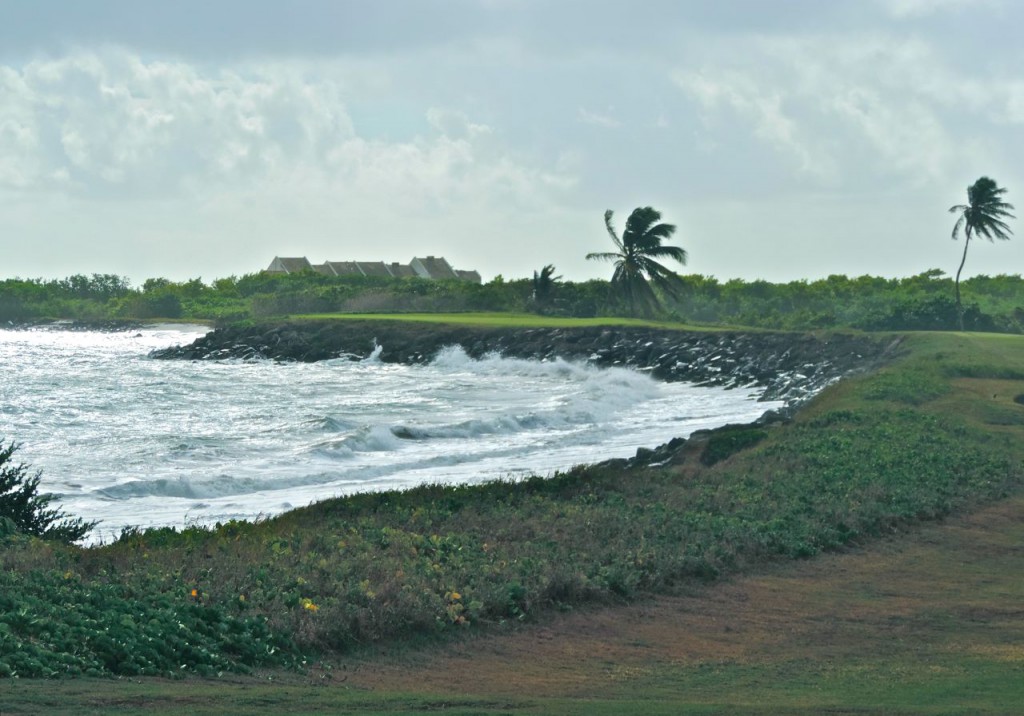 When the ocean is angry and the winds are whipping on the 17th, this nearly perfect position leaves you about 180 yards into the green – a measure of your true ability and courage!  (Photo by Robert S. Fagan) 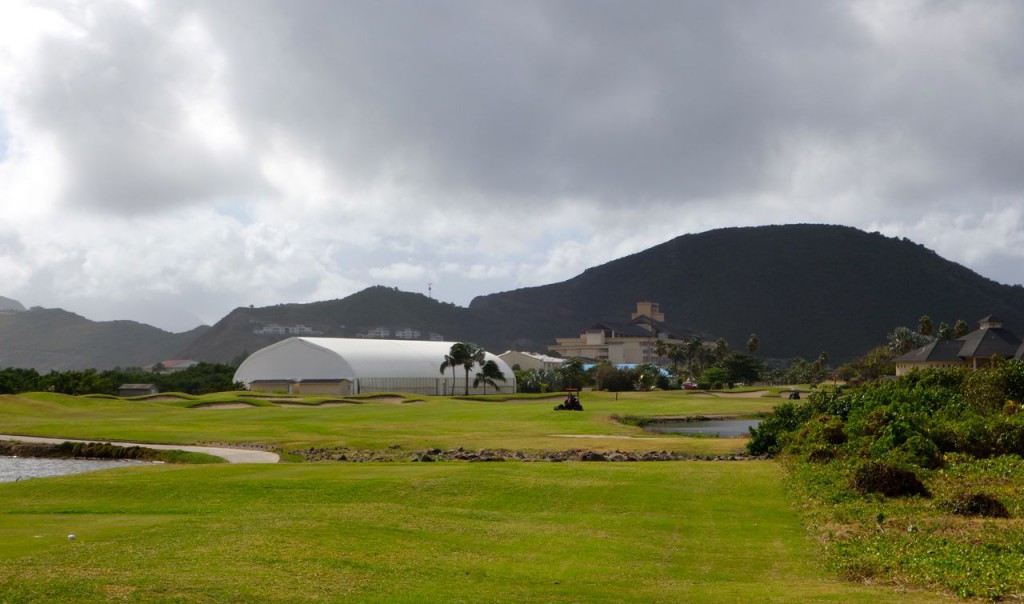 The 18th is a final gut-check as a slight fade or wind-driven tee shot can run off the firm fairway into the hazard on the right. And from the clubhouse area behind the green, it all appears rather benign.  (Both photos by Robert S. Fagan) 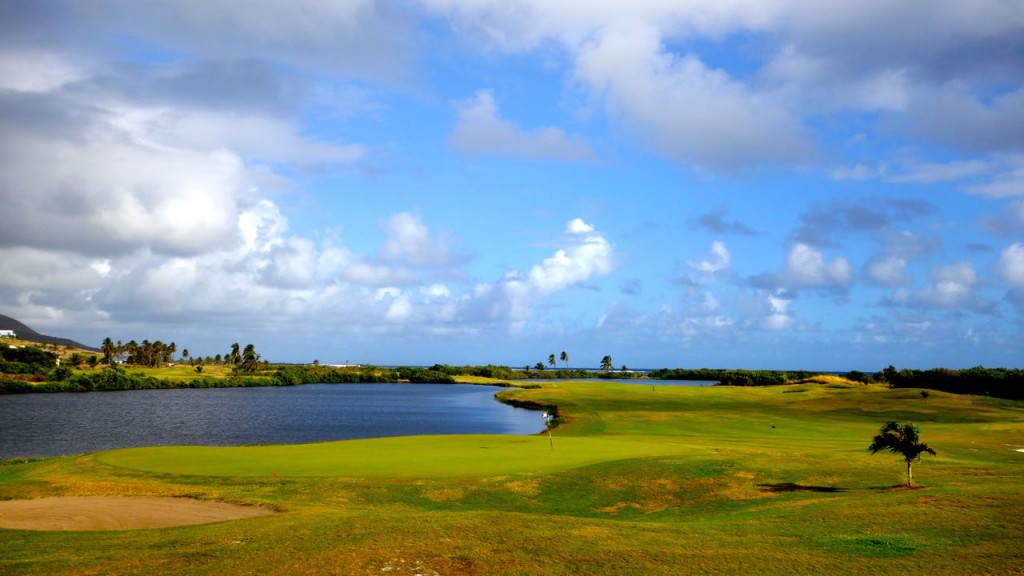 As mentioned, the two new 18-hole layouts though they feature perhaps more dramatic sites overall, will be considerably more expensive and more difficult making the Royal St. Kitts Golf Club still a very viable and recommended choice for many, if not most players. For now, it is the best game in town and one of the overall better layouts in the Caribbean. Particularly if your game is rusty, I recommend Royal St. Kitts as your first choice to play while many will still return for their final game in St. Kitts as well.