The panoramic view from the clubhouse terrace includes the 9th green and the first hole in the background. (Photo by Robert S. Fagan)

Siam Country Club has added yet another jewel to its crown. It already boasts one of Asia Pacific’s premier layouts in the Plantation Course along with the very popular parkland-style Old Course. Now the new Waterside Course joins the offering.

While this layout complete with its own gorgeous modern clubhouse may not be sufficient in and of itself for an American or European to make special trip to play it, it is without a doubt a very solid, playable design that will only improve with age – and a fun place to play when in the area. 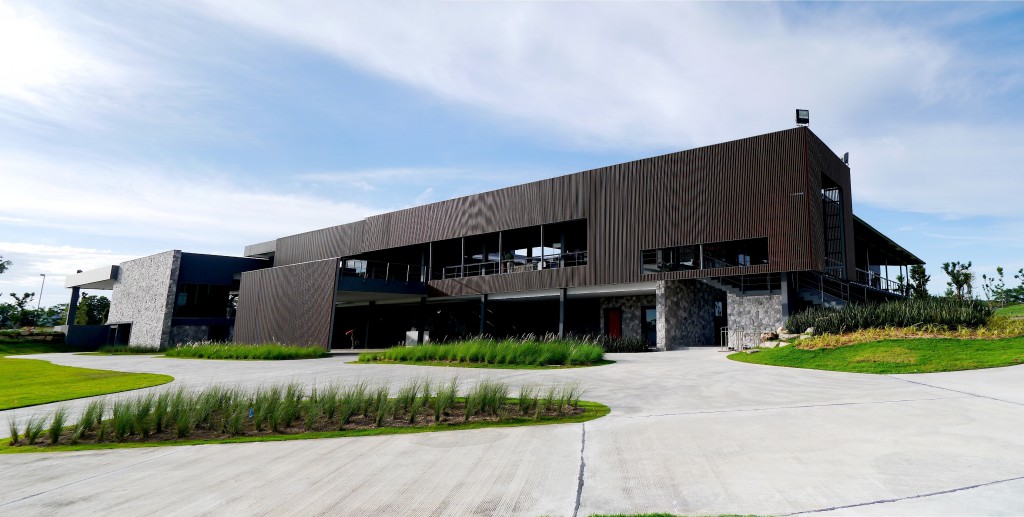 Golf course architect Brit Stenson of IMG Golf Design transformed a flat relatively uninteresting piece of ground via the cut-and-fill process to create an attractive modern mounded landscape albeit with water, and many new trees and shrubs planted. Each hole is adorned with one or two bunkers or clusters thereof that define both the look and challenge. And yes, as the Course’s name would suggest, water plays its role, but primarily as a lateral hazard. 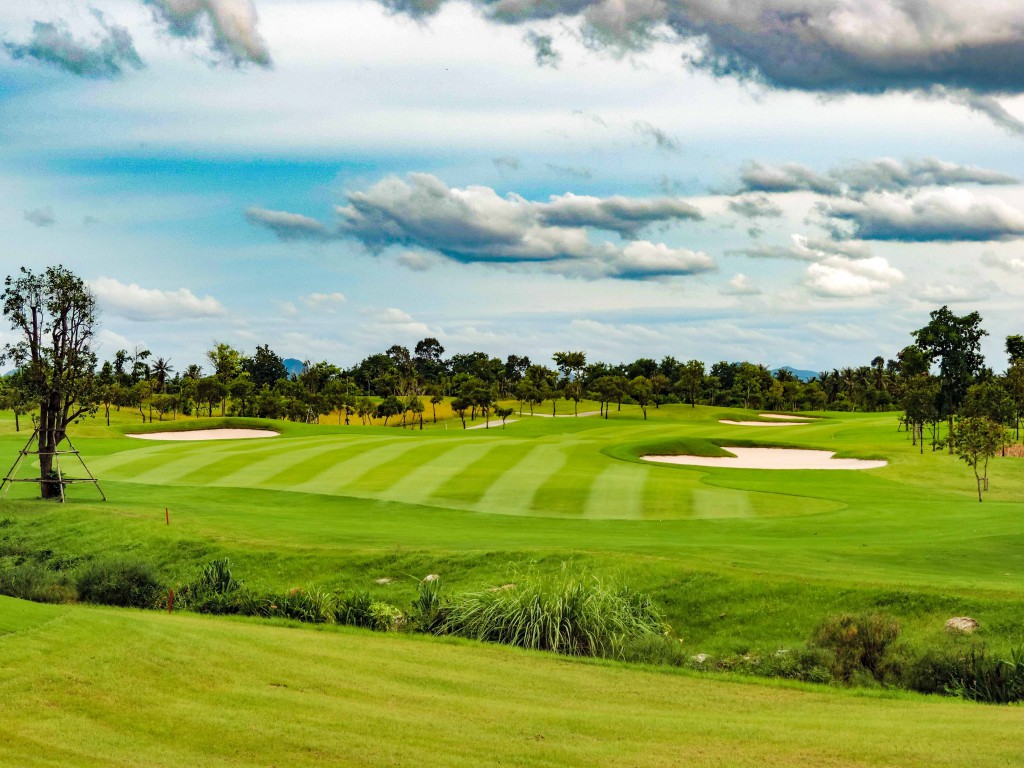 A short bunker right and a long bunker left on the par-five 10th hole are indicative of the attractive bunkering you will encounter on the holes without water. (Photo by Robert S. Fagan)

For the most part, the layout is very playable though I do have a complaint about the 445-yard 17th. A long driver may have to throttle back or risk hitting too far into an unseen water hazard. On the other hand, the weaker player has an extremely awkward, downhill, sidehill lie with a forced carry over water to a putting surface that won’t allow a run-up approach. Otherwise, the 5,210 yardage from the forward tees is very manageable. 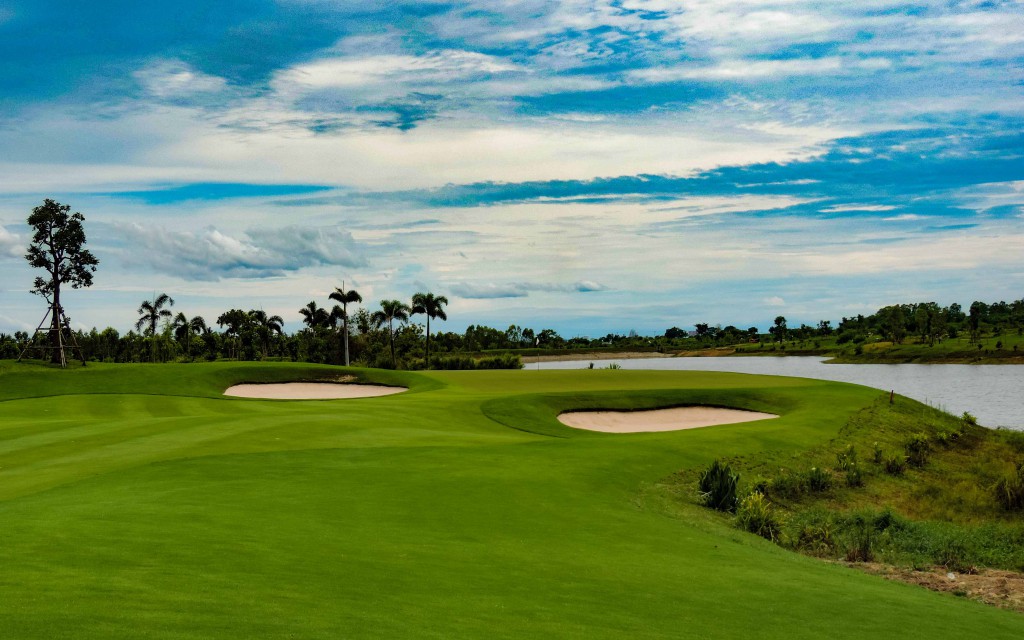 IMG course architect Brit Stenson makes a visual statement with his bunkering while simultaneously defining the challenge as shown at the 1st green. (Photo by Robert S. Fagan)

Routing-wise, this is a core-course and currently nothing obstructs the fields surrounding the golf course. There are a number of parallel adjoining holes that creates a bit of redundancy within the interior of the course, but that is really a minor criticism. Overall, everything seems to work pretty well and there is also a nice balance with holes featuring water to the right versus water to the left. 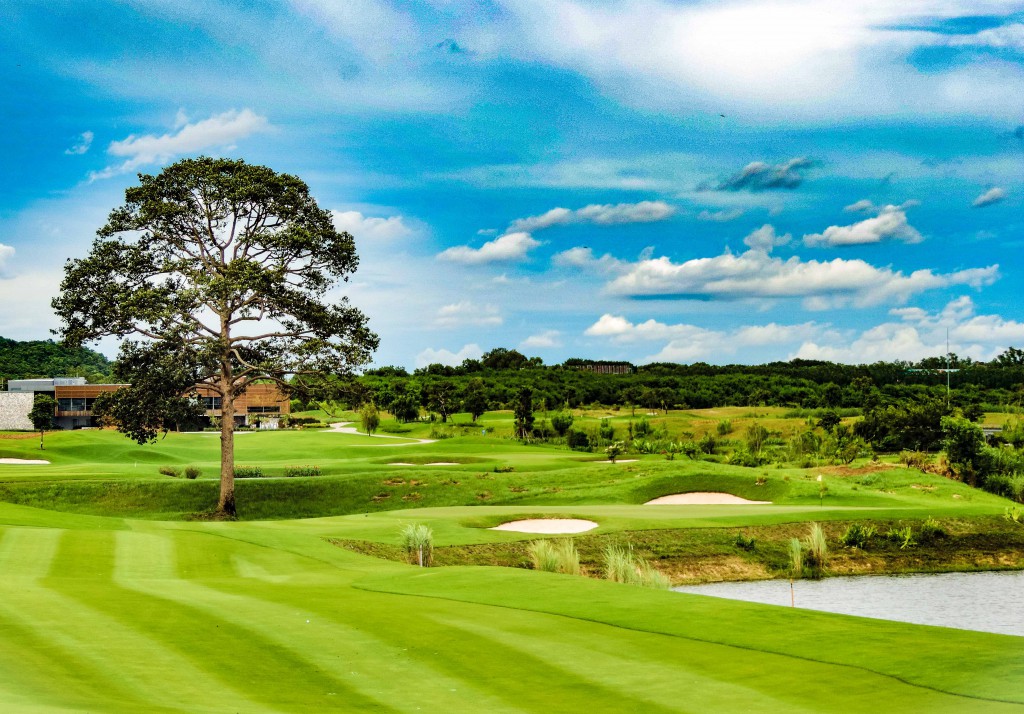 When approaching the par-five 8th green, you have the option of playing safely around the water hazard or going for the flagstick. (Photo by Robert S. Fagan)

Stenson provides plenty of muscle for the accomplished player as Waterside stretches to a healthy 7,454 yards, but you’d be encouraged to play it much forward. The greens are ample and putt beautifully, especially for such a young layout. Of particular favor are the 618-yard 8th and 423-yard 9th that have the water bordering their entire right-hand side.

You will enjoy Waterside, especially as it matures! 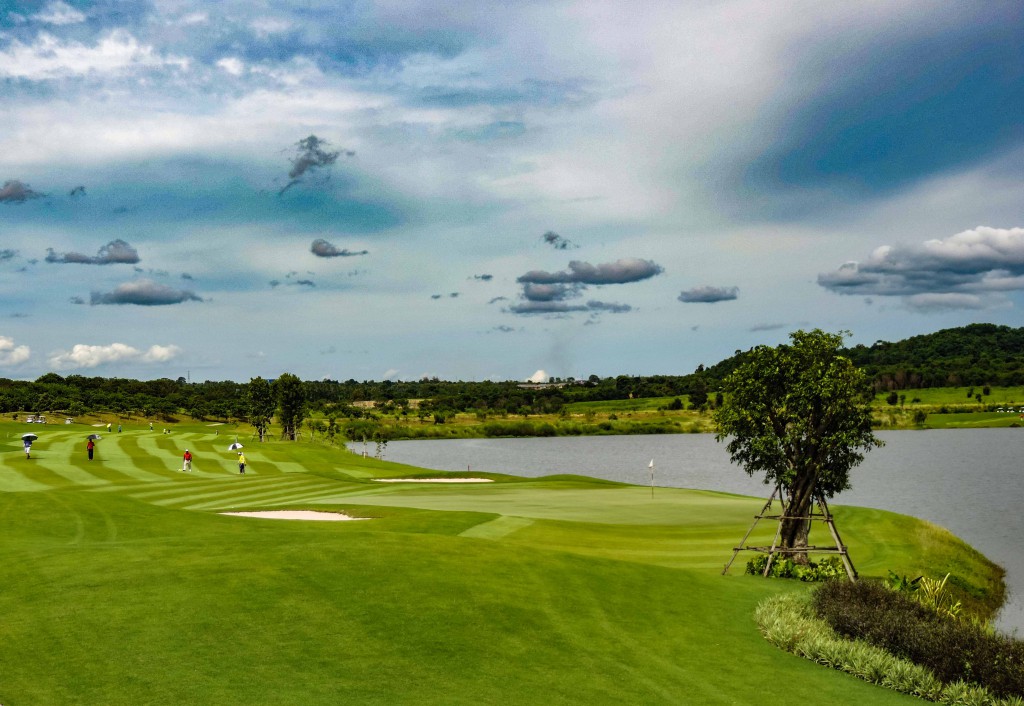