The Plantation Course is a 27-hole facility and the adjoining Waterside Course is part of a three separate course golf complex that sits at the top of the golf “food chain” in the Pattaya, Thailand region. Designed by Lee Schmidt in 2008, the Plantation Course didn’t take long for it to attract a major competition.  Lorena Ochoa won there on the LPGA Tour. (The Siam Country Club Old Course is several miles away and is typically rated among Thailand’s Top Five Courses.)

The Tapioca, Sugar Cane, and Pineapple Nines were fashioned at the same time and are presented in the same flavor though my favorite might be the Sugar Cane. 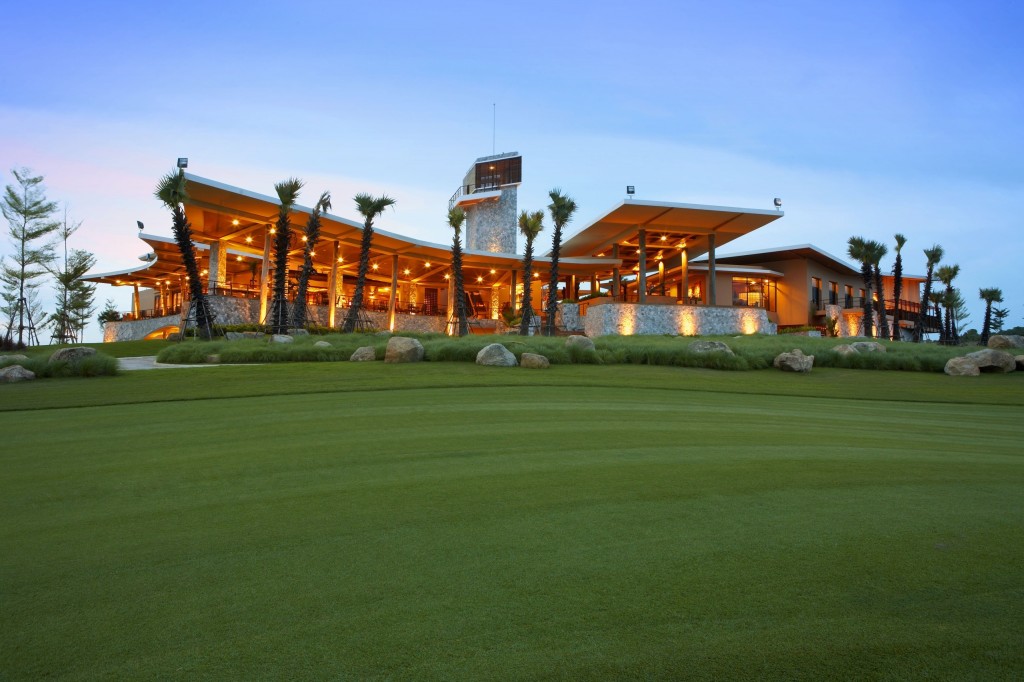 The layout is reminiscent of those in Maui set among pineapple, sugar cane, and palm plantations featuring expansive garden vistas. Schmidt’s bold flashed bunkering defines both the aesthetics and the challenge. The fairways are expansive as well, but find a bunker and you are likely to find your ball buried in the soft sand– too stringent a penalty for my tastes.

The course terrain spills over the undulating property, as do the putting surfaces. Expertly manicured, the greens and surrounds play fast with false fronts bleeding off hills sending almost good shots far down hills making for extremely challenging recoveries. Venture off the fairways and you will encounter thick Bermuda rough that is hard to extract your ball from and finally impenetrable gorse bush. Once on the greens, they are slick and reading the correct line makes the assistance of a good caddy invaluable. 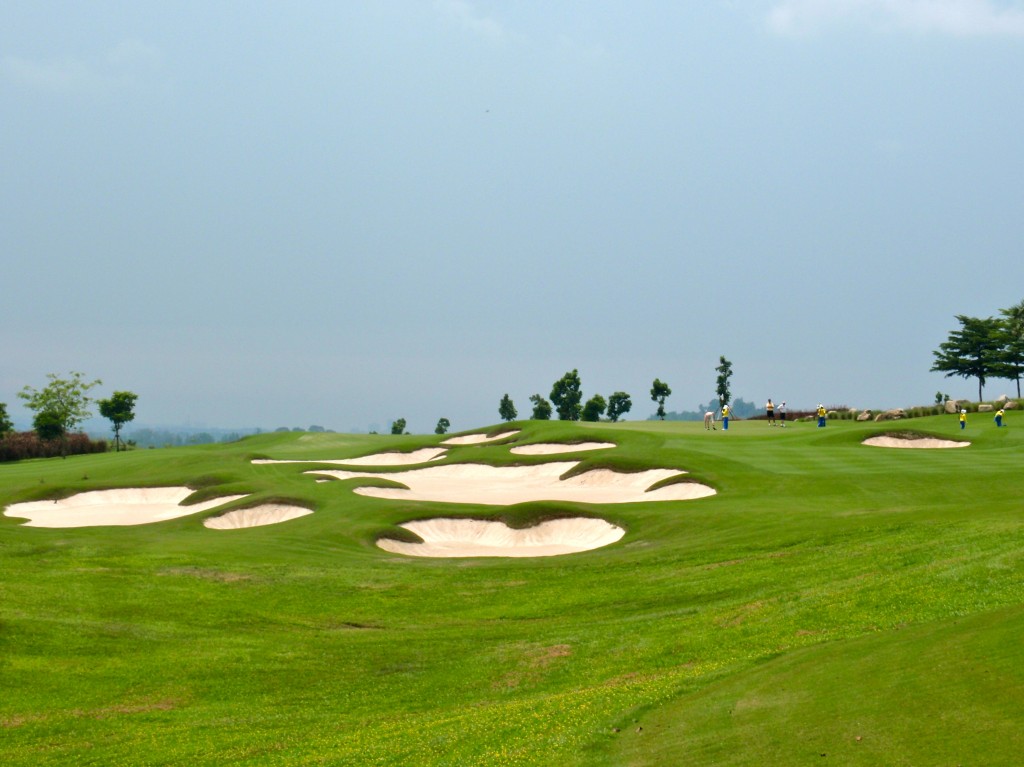 Above is the par-3 seventh on the Tapioca Nine. (Photo by Robert S. Fagan)

Avoid the abundant bunkering and the course appears ripe for the taking. It isn’t. The green surrounds are severe and any mistakes are severely punished. When the wind picks up, the Plantation Course can turn into a real bear. And from the tips, the layout approaches 7,500 yards.

The par-four first and the uphill par-five fifth holes on the Sugar Cane Nine stood out for me. Both feature as many fairway bunkers as most courses have on their entire nine holes! The first plays as a Cape style dogleg left hole inviting you to carry as much of the bunkering as you dare while at the 5th hole there are nearly thirty, yes nearly thirty fairway bunkers and low cut wild gorse bush that split the fifth hole into two alternate fairway routes to the green. Very interesting!  (The picture of the fifth hole below does not reveal all of the bunkers!) 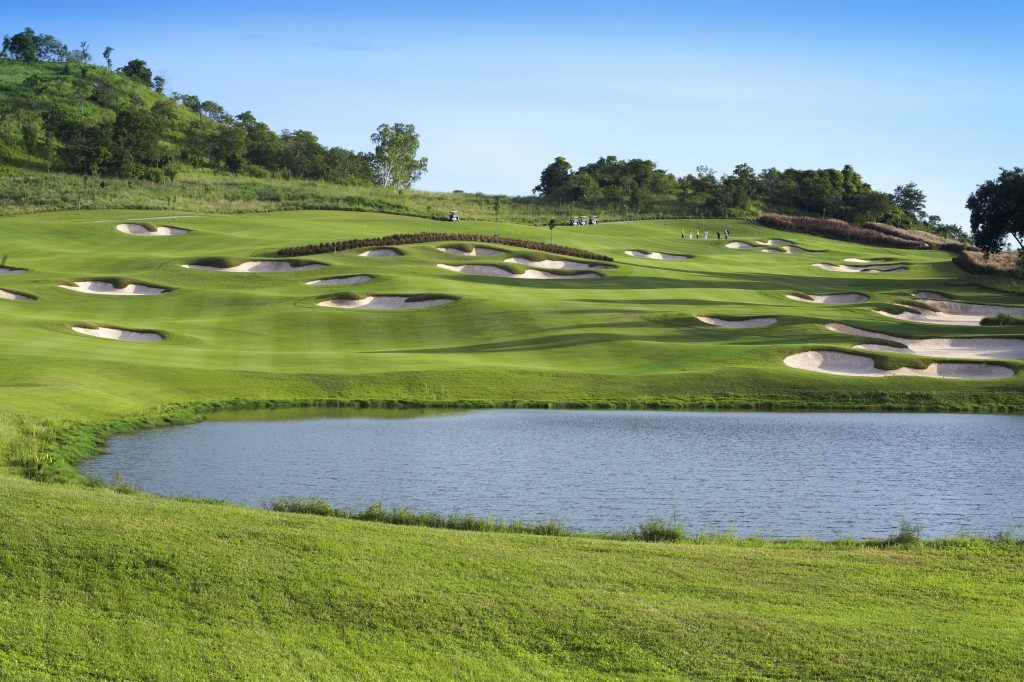 This course comes across as very upscale in the most modern fashion and so does the clubhouse. Having visited nearly three thousand of them, Siam Country Club’s Plantation clubhouse ranks with the best. The locker facilities are among the most strikingly modern – 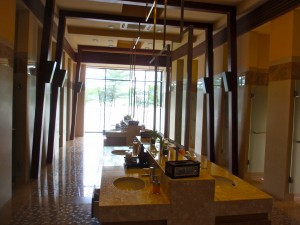 more akin to an ultra modern five-star hotel, comfortable with amazing aesthetics.  The entrance to the clubhouse and both indoor and outdoor eating areas provide either anticipation for your round or a delightful decompression following it as the furnishings and vistas are magnificently modern and open. 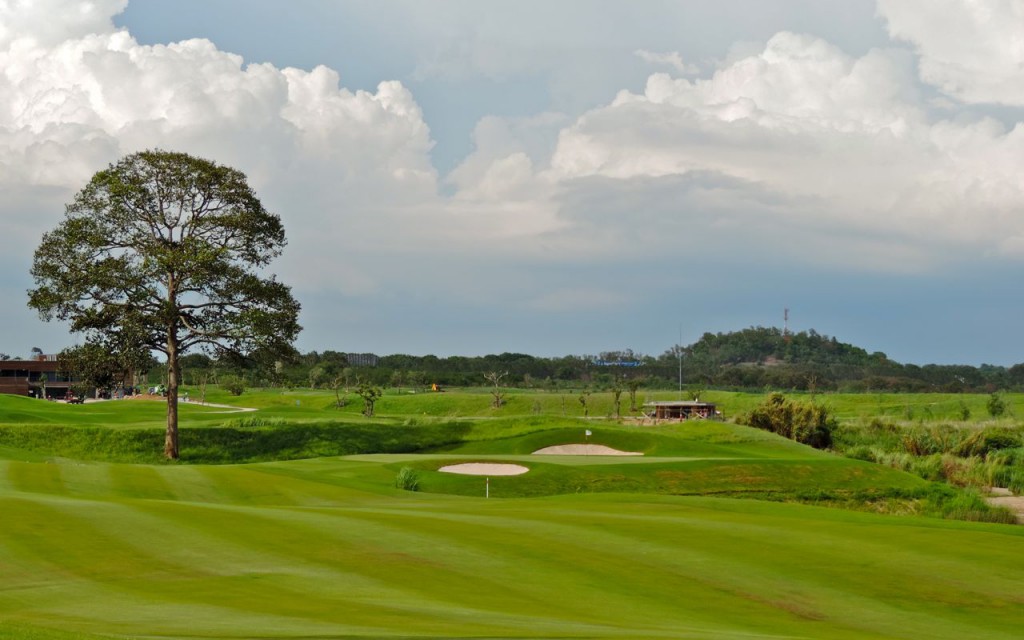 The par-five 8th hole at the Waterside Course is enticing to try to hit, but watch out for the water short and right. (Photo by Robert S. Fagan)

Just down the road from the older Plantation Course is the brand new Waterside Course with its own separate clubhouse opening in 2014. Designed by IMG Staff Architect Brit Stenson, the Waterside Course is designed with softer lines, mostly more shallow bunkers, and flatter putting surfaces. That doesn’t mean it is easy by any means. Stretching to 7,454 yards and featuring lots of water, there is plenty of challenge there as well. I particularly liked the 618-yard 8th and 423-yard 9th hole where the water figures prominently to the right. Anyway, the Waterside Course adds nice variety to the Siam Country Club menu. 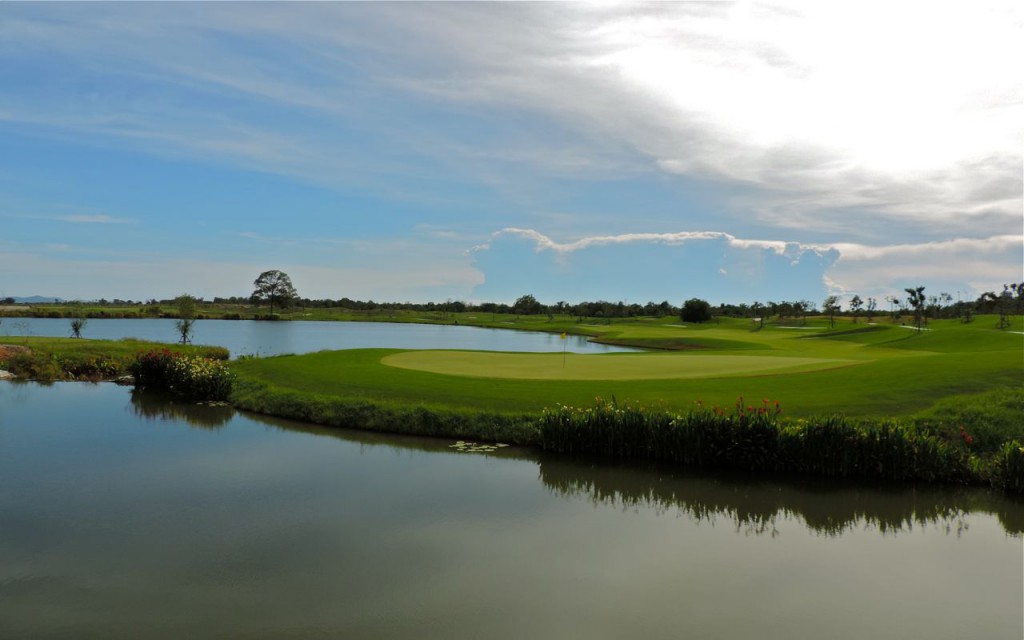 The expansiveness of both the Waterside (9th hole above) and the panoramic Plantation Course is something to behold. (Photos by Robert S. Fagan) 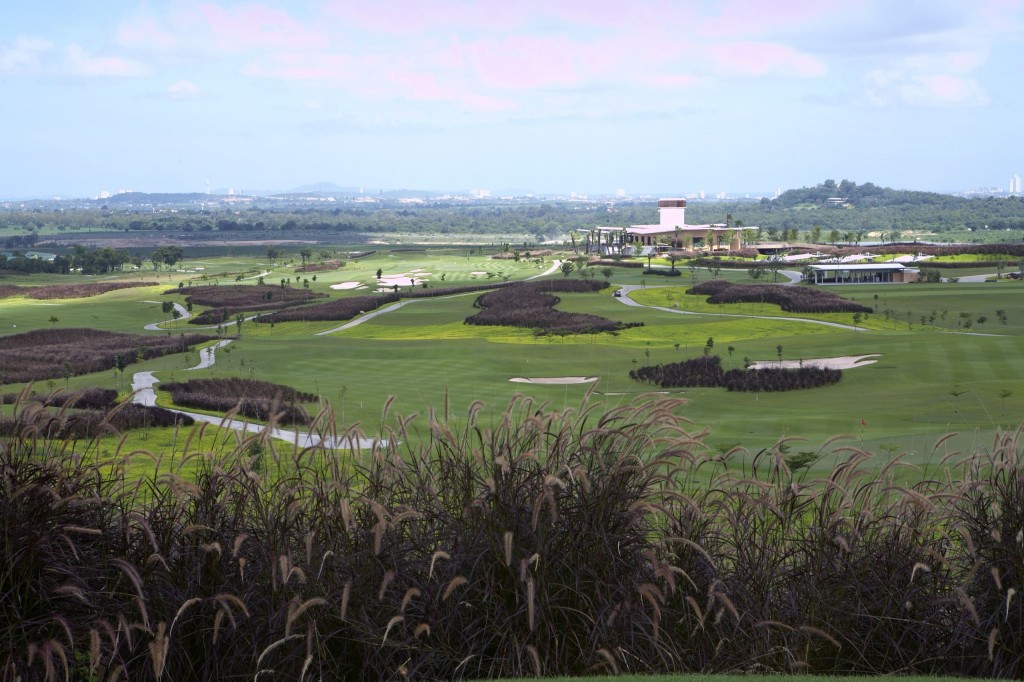 Regardless of either of the Plantation or the Waterside Courses you choose, you can count on great conditioning and excellent service!