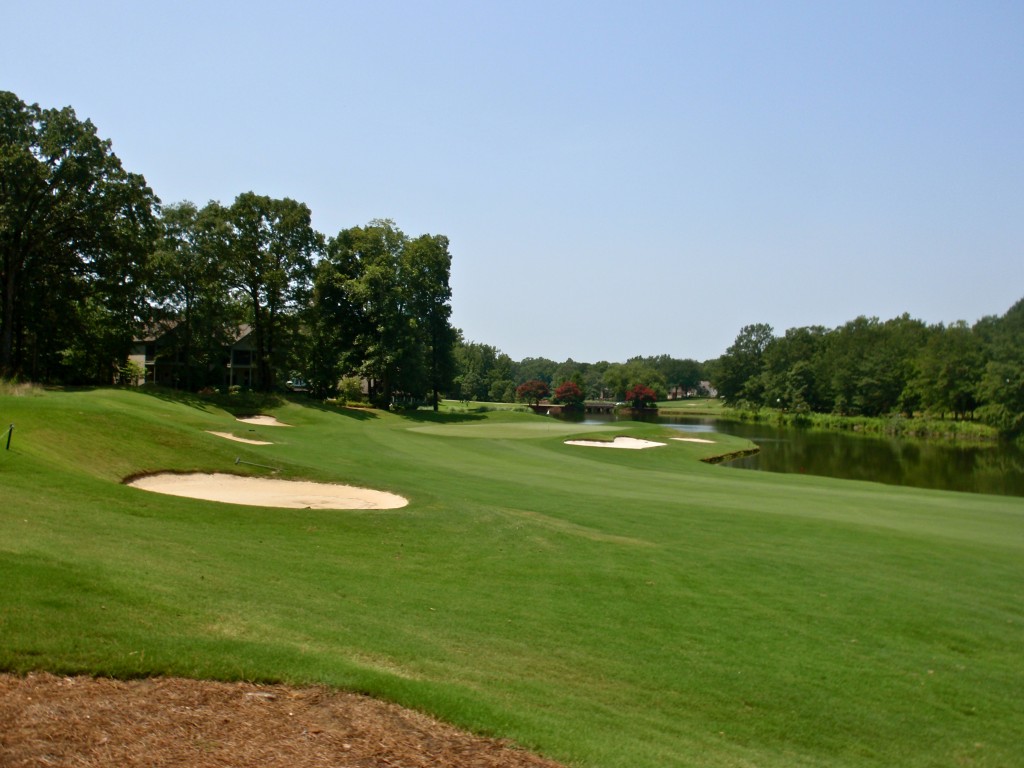 The attractive and inviting first green is a glimpse of things to come at Old Waverly.

Most areas of the United States have premium golf clubs that define excellence and a pure golf challenge.  Old Waverly epitomizes that definition for the State of Mississippi.   The good news is that this elite golf-only club is now available for public play as well as the lodging that heretofore only its members could enjoy. 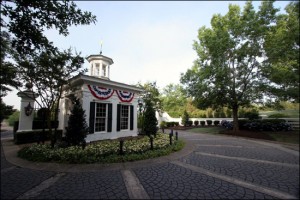 Drive into the gated property down One Magnolia Drive and you immediately sense that you are in for a special golf experience.  Opened originally in 1988  for a national membership, Old Waverly might be Mississippi’s “Augusta National.”  Cabins and condos conveniently service its membership and now guests fortunate enough to discover this for what has been called “the crown jewel of Mississippi.”

Old Waverly has championship credentials.  Bob Cupp with assistance from Jerry Pate designed this layout that hosted the 1999 US Women’s Open won by Juli Inkster and the 2006 US Women’s Mid-Amateur Championship.  In fact, Inkster broke the tournament scoring record by six shots beating Sherri Turner by five. 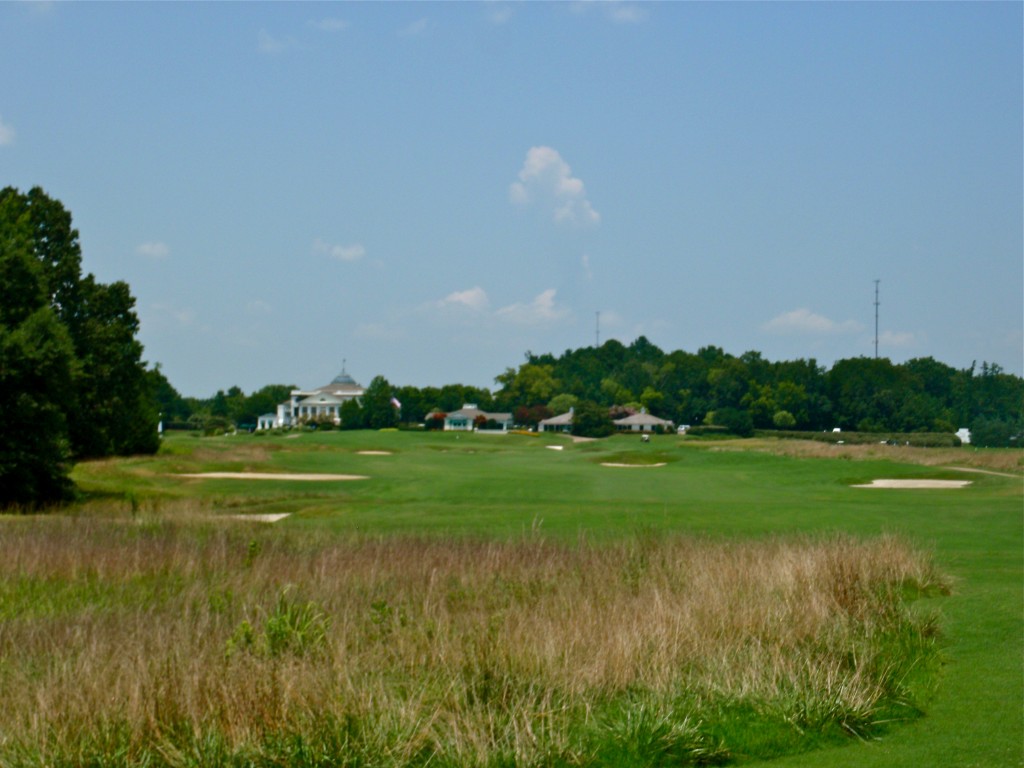 The par-five ninth hole is one of two holes that evoke a Scottish Highlands feel.

Look out from the clubhouse in the direction of the ninth hole and you sense the feel of a Scottish Highlands layout, but the remainder of the course with its two lakes are anything but Scottish – more like a vintage Southeastern United States course.  The layout seamlessly meanders throughout the slightly rolling terrain pine forests, native grasses, and the Lake Waverly impacts the play on no less than five back nine holes.  The designers thoughtfully resisted the temptation to overwork or modify the land, and instead allowed the land to speak for itself.  The other distinguishing factor are the lightning fast smooth bent grass putting surfaces that really make scoring a challenge.  If you get above the hole on these greens, you will likely be facing a lengthy second-putt regardless of your skill.  Whether or not that is a good practice is debatable, but the quality of the conditioning at Old Waverly isn’t – it’s impeccable. 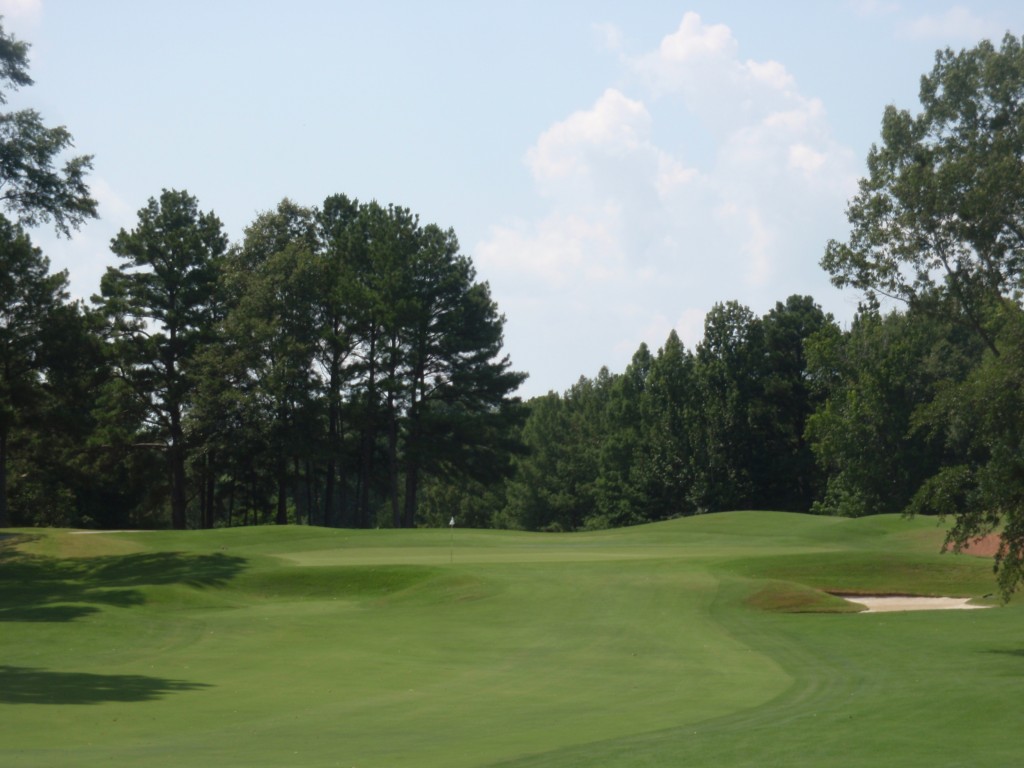 The approach to the par-four 16th forces you to keep the ball below the hole if you want to two-putt.

The layout is easily walked and greets you right off with a very attractive though fairly docile opening hole, but the lovely framing with the trees and presence of the water set the table for what you will encounter the rest of the way.  I particularly enjoyed the stretch from the short par-four sixth through the par-five ninth. Playing in the trees and out into the meadow, Cupp throws low-lying bunkering in strategic spots to really make you think before you play.  Water really dictates the play and scenery   for the back nine theme as no less than six holes play around Lake Waverly.  Again, Old Waverly finishes strong and the incoming stretch from the fourteenth on requires you to finish mentally strong if you are to extract a good score from Old Waverly.

There is no doubt that the 18th is one of the region’s most memorable finishing holes while members like the par-four sixteenth.  It plays around a large lake to the left tempting the player to cut off as much as they dare of its 445 yards.  With the antebellum clubhouse perched as a backdrop for both the 9th and 18th greens, it’s quite a majestic finish. 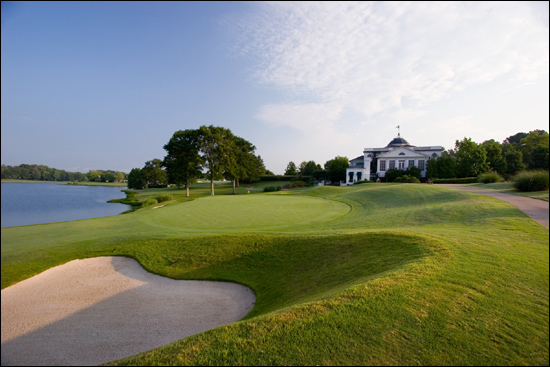 Lake Waverly and the 18th green with the Clubhouse in the background.

Cupp’s low-lying bunkering is somewhat nondescript, but the layout is fundamentally solid in every respect, and at up to 7,088 yards there is sufficient length to test most.  The other factor supporting Old Waverly’s challenge is its thick Bermuda rough.  At very short notice, all that needs to be done to bring the track into a championship crucible is to narrow the fairways slightly and let the rough grow.  Even at everyday play levels, the rough makes for some very challenging recoveries when coupled with the speedy bent grass greens. 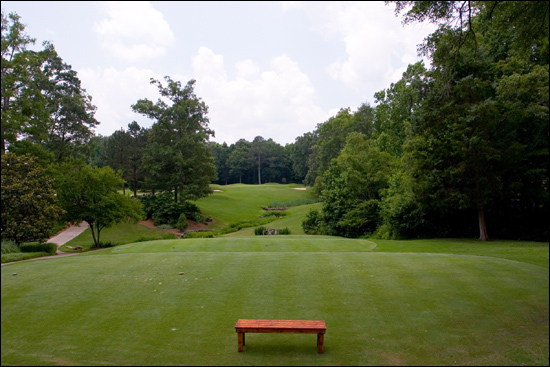 The par-three 7th hole is a beautiful and challenging test that plays slightly uphill.

Fagan Rating:  B+. Old Waverly is a classy pure-golf facility and a fundamentally strong course that rates among the best in the region.  Its conditioning and shot values are excellent, not to mention its wonderful ambiance and service.  Most of the trouble, particularly on the back nine is on the left side making Old Waverly a hooker’s nightmare.

Below the short par-four 6th hole begins a stretch of superb holes at Old Waverly. 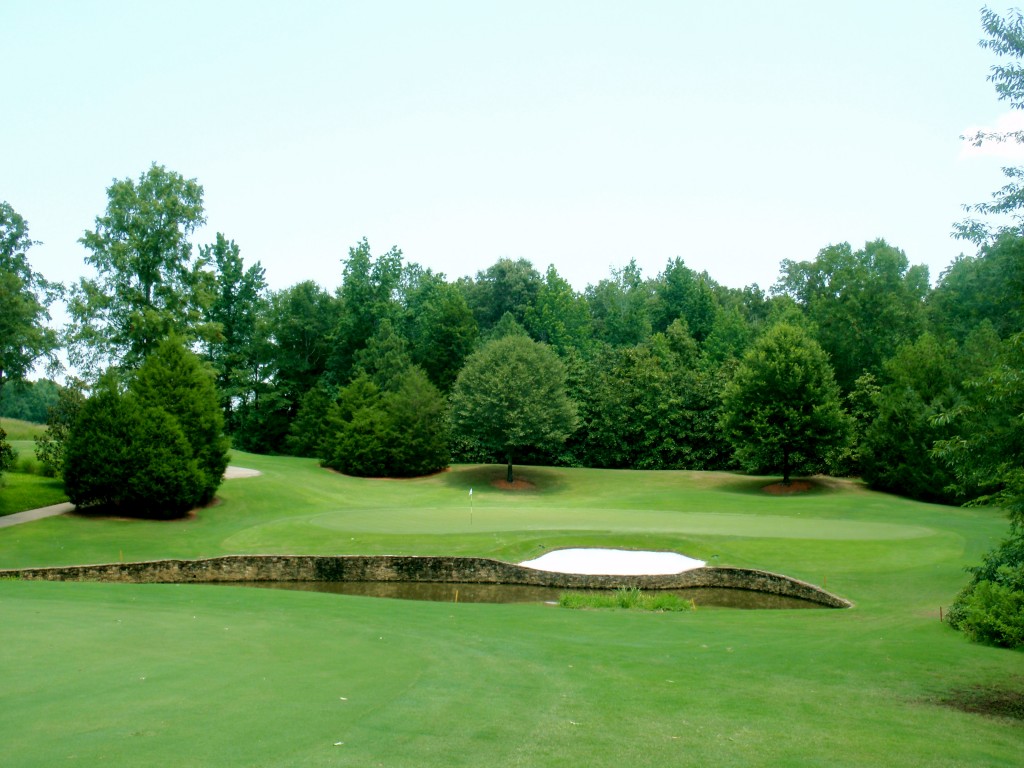