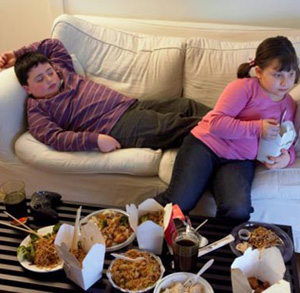 The news about Americans becoming more fat is not good. As more people become obese, the medical challenges increase and with that strain the entire American infrastructure of the health care system and government is taxed. Eventually our taxable burden will be forced to increase as we care for neighbors. And that cost does not only extend to the obvious issues like health care and airline seating, but many are now saying that it puts an extra burden on the world’s resources!

If every country in the world had the same body mass index distribution as the United States, it would be like having an extra billion people in the world! So there’s obviously an increase demand on food supplies, but also there is an increased demand on everything. You know, bigger people need more energy to move them. Airplanes take more energy to get off the ground. In real terms, it takes more of the Earth’s resources to actually support all that extra weight.

The second most obese country in the world behind the United States is Kuwait. What’s common between those is actually the price of gasoline is very low. So where gasoline is really cheap, we over-consume it, it’s bad for the environment and actually because we should be using food energy for human movement. If we use gasoline for human movement, then we store the food energy in our growing bodies.

The Robert Wood Foundation and the Trust for America’s Health found that adult obesity increased in 16 states in 2010, and did not decline in a single one. Conservative estimates have 34% of Americans as obese. North Americans compose 6% of the world’s population, but constitute 33% of the total weight of mankind.

And as more around the world adopts the American western lifestyle, the trend knows no borders. In 1980, about 5% of men and 8% of women worldwide were obese. Now those figures have jumped to 10% for men and 14% for women.

Not only do physical activity, television-viewing (lack of exercise), and sleep patterns (stress) affect weight gain, but just a slight variation in consuming unhealthy foods adds weight over time. Researchers at Harvard point to three separate studies that slight changes in food and beverage consumption were strongly linked to long-term weight gain. The culprits associated with the highest weight gain in studies ranging from 12-20 years were: potato chips, potatoes, sugary beverages, and both processed and unprocessed meats.

And for those who blame their obesity on the genetics, researchers insist that our DNA only contributes 1/3 to our physical disposition. What is more likely is that someone copies the behavior of their parents.

This all reminds us is that we should awaken to the fact that while there are exceptions, obesity with its many undesirable effects is an elective lifestyle choice and we can’t be accountable for anyone else, but we can take care of ourselves.

Obesity is daily becoming an increasing threat to our standard of living as well as a health problem. Fortunately we already have the cures, but affecting them will require changes. Are you up for wiping this problem out? 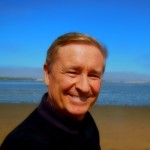 P.S. As you might imagine, I typically live a pretty healthy lifestyle with eating in moderation, exercise, and the like. Well, I decided to give myself my own “90-Day Challenge” to get in my best shape ever. While my weight is good, I could use a bit more toning, and it would be nice to redistribute inches just a bit. I chose the Visalus program and boy is it fun and tasty too!

If you would like further information, go to:  www.anumberone.bodybyvi.com.