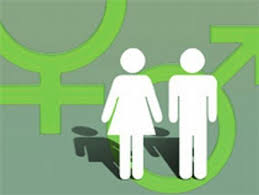 You don’t have to read “Men Are From Mars, Women Are From Venus” to appreciate that there are some fundamental differences between the two sexes. (Thank God there are only two!) Women, here are a couple of interesting informational points to help you understand, if not appreciate the other sex. If there are any men reading this, just stay observant and keep your mouth shut!

Men hide their body concerns much deeper than most women. This is an area that many men have a hard time talking about. Can you appreciate why a man might say, “That’s not a bald spot on my head, but a solar panel to keep me energized!”

Men are like dogs in more ways than one; they’re territorial. When men leave clothes on the floor, it’s not because he’s being messy, but he’s just marking his territory.

Impressing a woman is difficult and complex, but impressing a man is easy. Simply appear naked and present him with a beer!

The amorous section of a man’s brain is five times that of a woman’s. The result is that when a man loses interest or ability to utilize this area, he’s in deep trouble. While it may not be a big deal for you, it’s a disaster for him.

A woman wearing nothing but a teeshirt looks extremely sexy, but a man wearing the same is about as grotesque as can be imagined (even to most women).

Women’s brain capacity that affects speech capacity is five times that of a man and on average they will speak five times about 7,000 words a day whereas a man speaks about 2,000. No conclusive studies reveal a man’s capacity to listen, but if he doesn’t respond it’s not that he doesn’t care, it’s more than likely he’s simply run out of words. Perhaps even more interesting, since women’s voices have many more frequencies than men’s, the human brain must work harder to analyze sound frequencies and comprehend the meaning intended.

Women make friends while men watch sports. Women are more apt to want to make connections and their better developed conversational abilities support this. Many men simply don’t have the innate skill set for conversation and watching becomes their great escape albeit with some healthy grunts and cheers.

Men sitting on a top floor can hear the sound of a beer bottle opened ground floor whereas a woman can notice if the strap of another woman’s bra comes off accidentally.

Most of the time everyone knows when a man gets a haircut, but much of the time men will scarcely realize when a woman has, yet the woman has to pay 5-15 times more for hers.

There are about 3 million teachers in the United States. 75% are women; 25% are men. In elementary schools, 91% of teachers are women, and 9% are men. 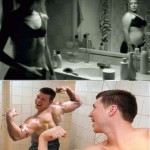 As men age, most will require frequent bathroom breaks including several night time ones. Just encourage your man to be open to a prostate cancer screening.

A man will have on average six items in his bathroom whereas a woman will have 337 of which the man will only be able to identify no more than 20.

A woman will worry about the future until she marries a man. A man will not worry about anything until he gets married.

Shampoo is just shampoo to men. In other words, men aren’t as apt to read labels.

According to a study in the London Daily Mail, on average, men feel old at 58 whereas women at only 29. Women tend to be more vigilant of every solitary gray hair while men don’t and may even “overlook” their bellies. Instead, men’s careers and virility stand in the forefront from their perspective.

A greater percentage of women typically practice better bathroom hygiene than men. According to the American Society for Microbiology, 90% of women wash their hands after using a public restroom while 75% of men do. This is a good thing because women carry twice the number of bacteria species than men perhaps because of the skin acidity caused by male hormones. Then again, maybe because of more working outside the home or in more physically active jobs, 70% of men shower daily while only 57% of women do. (Harris Interactive)

A successful man is one who makes more money than his wife is able to spend whereas a successful woman is the one who can marry such a man.

Women will dress up for any occasion, whereas a man to dress up for only three occasions –  to see his ex girl friend; go to a wedding; and to attend a funeral.

Men typically live more hazardous lifestyles exhibiting more dangerous behaviors to include not visiting the doctor, as well as drinking and smoking more, and not wearing their seatbelts.

An average American woman spends an average of 2 years of her life time looking at herself in the mirror; a man spends 6 months. While men look at themselves just as often, women simply take longer due to maintenance issues. As Oscar Wilde said, “A man’s face is his autobiography. A woman’s face is her work of fiction.”

As for you married men out there reading this, remember to forget your mistakes as there is no use to having two people remember them.

The moral of these facts is just to remind you that in addition to what John Grey indicates about our differences, celebrate them and keep an eye out that the man in your life doesn’t neglect his gift of health and life. And perhaps Woody Allen said it best in summing up one of our most important differences:  “Men learn to love the woman they are attracted to. Women learn to become attracted to the man they fall in love with.” 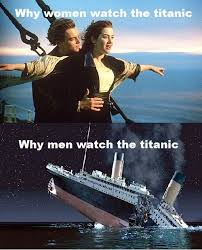