So what are the ten biggest Michigan golf stories of 2013? Funny you should ask. This is what I’ve come up with, but not in any particular order. And remember: “To err is human; to forgive, divine.” 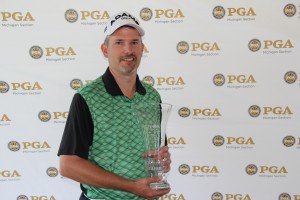 2. Tom Werkmeister wins the Michigan Open. Kentwood’s Werkmeister became the first amateur since Bob Ackerman III in 1975 to win the Michigan Open. It was an outstanding year for Werkmeister, winning the GAM Mid-Am for a record fifth time while continuing his dominance of West Michigan amateur golf by winning all four “majors” on the Grand Rapids golf calendar.

4. The LPGA announces a return to Michigan in 2014. Fourteen years after the final Oldsmobile Classic in East Lansing, in November the LPGA announced  plans for the inaugural Meijer LPGA Classic to be held August 7-10 at Blythefield CC outside Grand Rapids.

5. Tom Doak receives Golf Architect of the Year honors. After being inducted into the Michigan Golf Hall of Fame in May, Traverse City’s Doak capped the year by being named the top architect by both Golf Digest and Golf Magazine. His new courses at Dismal River in Nebraska and Streamsong in Florida have drawn wide acclaim. Incidentally, Doak’s Christmas card announced he’ll be doing a new second course at Forest Dunes GC  in Roscommon. 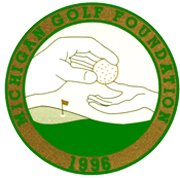 A new home at Ferris State

6. Michigan Golf Hall of Fame finds a new home. After vacating donated office space last fall in Troy, the MGHOF was back in storage until Ferris State University agreed in November to be the new permanent home and relocate it to Katke Golf Course sometime in 2014 or early 2015. 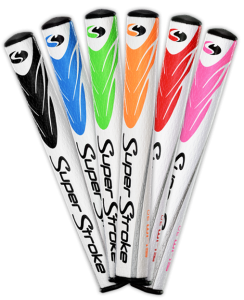 7. You can never be too rich or too fat, when it comes to golf grips. The Michigan-based SuperStroke company became the industry leader in the wildly popular oversized putter grip sector, most notably used by Jason Dufner in winning the ’13 PGA Championship. 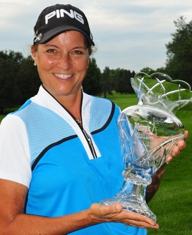 9. Sherrie Steinhauer claims Wendy’s Charity Classic in Jackson. In a LPGA Legends event, Steinhauer takes home $16,000 after shooting a 4-under-par 68 and winning in a playoff against Christa Johnson. During her stint on the LPGA Tour, Steinhauer won eight tournaments, including the 1992 du Maurier Classic and the 2006 Women’s British Open. 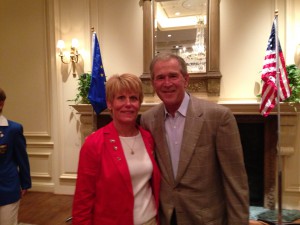 Hiestand with the former President