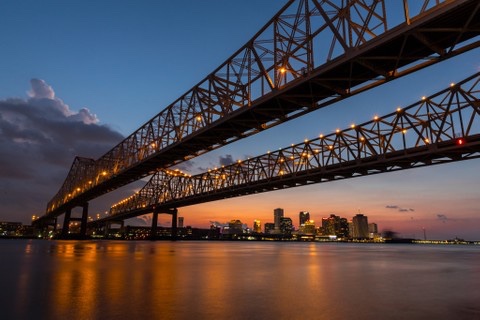 (New Orleans, LA.) Some have asked rhetorically: why travel internationally, when one hasn’t seen all of this country? I somewhat subscribe to this observation although I’m grateful whenever I visit Ireland and play its fabulous links courses. In the last few years, my wife and I have checked off some notable U.S. cities. As a run-up to next week’s Zurich Classic of New Orleans, a team event won in 2019 (no tourney last year) by Jon Rahm and Ryan Palmer, we spent three days in New Orleans in early March 2020.

Incidentally, this is the tournament won by Michigan’s Brian Stuard in 2016 in a playoff in the weather-edited 54-hole event. At that time, it was an individual medal play championship. Baby boomers like myself may also remember the 1964 Greater New Orleans Open where Michigan club pro Glenn Stuart had a chance to win only to double bogey the final hole to lose by a shot to Mason Rudolph. Hmm? Could’ve been Stuart and Stuard as past champions.

But I digress. We were fortunate to visit after Mardi Gras and before a widespread outbreak of the coronavirus. Admittedly, we’re late comers to this grand city but as it’s been said, ‘Tis better late than never.’ Anyway, here are our top must-see and must-do attractions in the Big Easy and I’m not talking about Ernie Els. 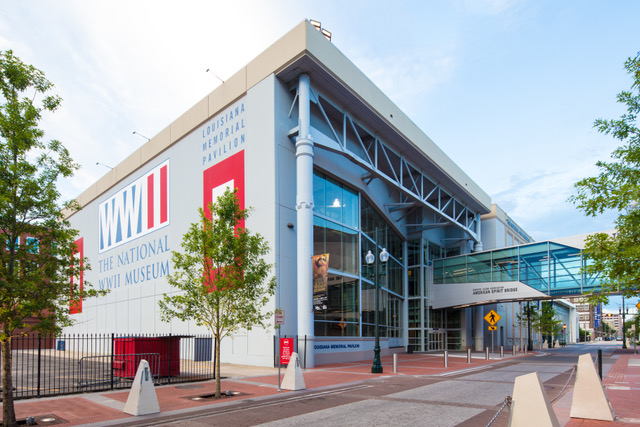 World War II Museum: My father flew 61 bombing missions in WW II so this deservedly lauded museum was at the top of our list. Designated by Congress as the official WWII museum of the United States, the National WWII Museum is located in downtown New Orleans on a six-acre campus, where five pavilions house historical exhibits, on-site restoration work, a period dinner theater, and restaurants.  Given its scope and size, a half-day there only scratched the surface. Our visit included a tour of the D-Day Invasion exhibit; seeing “Beyond All Boundaries,” the acclaimed film; a tour of “The Road to Tokyo” exhibit; and due to the prior D-Day tour, a faster walk-through of the “Road to Berlin.” The museum’s collection is extensive and exhaustive and as my wife— who volunteers for the local Veterans History Project—keenly observed the oral histories of veterans truly resonate and lend a personal touch to the museum.

Bus Tour: We had an excellent three-hour City Tour of New Orleans via Southern Style Tours. As our guide and driver, Debbie provided an expert, upbeat and thorough tour. It was an ideal way to get our bearings straight before we started off on our own. Of special note, she shared the extent of the havoc caused by Hurricane Katrina in 2005 that flooded 80% of the city including a stop at the residential neighborhood devastated by the Hurricane and now restored. Along the way, she lent insight about local history, attractions and restaurants. Highly recommended. Visit www.southernstyletours.com 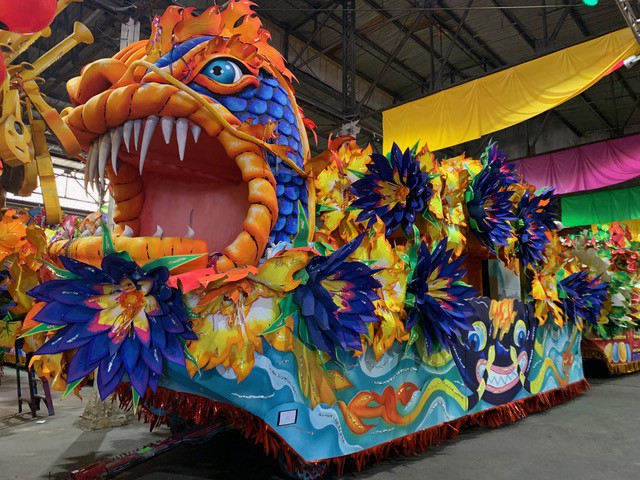 The next best thing to Mardi Gras

World of Mardi Gras: This attraction is the next best thing to being at Mardi Gras. Located along the waterfront, the WOMG houses many of the Mardi Gras floats which are re-used and redecorated for the next year’s theme. (Hourly tours are given and can be reserved in advance.) What’s delivered is an intriguing behind-the-scenes look at the craft and artistry behind the colorful Mardi Gras floats and costumes. Also, this same studio also builds the famous cows for the Chick-Fil-A chain.

The French Quarter and Market: This famed area of old New Orleans is perfect for a slow stroll. After visiting Jackson Square and St. Louis Cathedral, we made our way to the French Market where local goods, cafes and bars abound in an open-air spaces. We were pleasantly surprised to stumble upon a U.S. National Park’s visitor center. Founded in 1984, the New Orleans Jazz National Historical Park “preserves resources and information that are associated with the origins and early development of jazz in New Orleans.” All the park rangers here must play music and be intimate with jazz and ragtime. When we visited, a ranger played ragtime selections on the center’s piano. In this quarter, we also found a slew of talented street musicians.

Cemeteries: As readers of my travel commentaries recall, cemeteries are usually on our itinerary. New Orleans has a number of fascinating ones. We visited the St Louis #1 and Metairie Cemeteries. On our bus tour, we learned the city has unique burial practices. Metairie is known for its large collection of elaborate marble tombs and funeral statuary. Generals, Governors and mayors are here as well as such notables as Mel Ott, Al Hirt, and Ruth U. Fertel, founder of Ruth’s Chris Steak House. 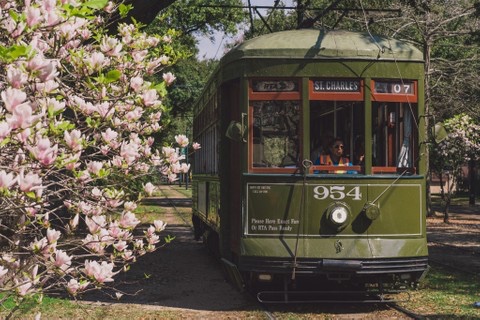 A vintage streetcar along St. Charles

Garden District: The most scenic area of the city, this leafy neighborhood is known for its majestic homes, almost all restored in keeping with the Historical Commission’s standards. Such celebrities as Sandra Bullock, John Goodman, and Brad Pitt have homes here. Pitt starred in The Curious Case of Benjamin Button (2008) —a fantasy about aging backwards—that was shot here. In the Garden District, we indulged ourselves with two New Orleans time-honored traditions: eating a muffuletta, a deli sandwich topped with fresh olive salad; and a ride on the St. Charles streetcar for the low senior fare of forty cents!

Dining: Broaching the subject of the muffuletta, dining and entertainment are NOLA hallmarks. Thanks to the convenient location of our hotel in the warehouse district, we had short walks to several  favorite restaurants. Topping the list and exceeding our expecting was Emeril’s, the flagship restaurant of award-winning chef Emeril Lagasse. Racking up accolades for over 25 years, Emeril’s delivered a first-class dining experience with superb food, cozy ambience and impeccable service. And contrary to popular opinion, it wasn’t overly expensive.

On the fun and more touristy side, we enjoyed a good dinner and some authentic Cajun music and dancing at Mulate’s, again only a short walk away. We struck up a conversation with one couple and learned they were Bostonians and learned Cajun dancing at a Boston club. A small  world and twirl. 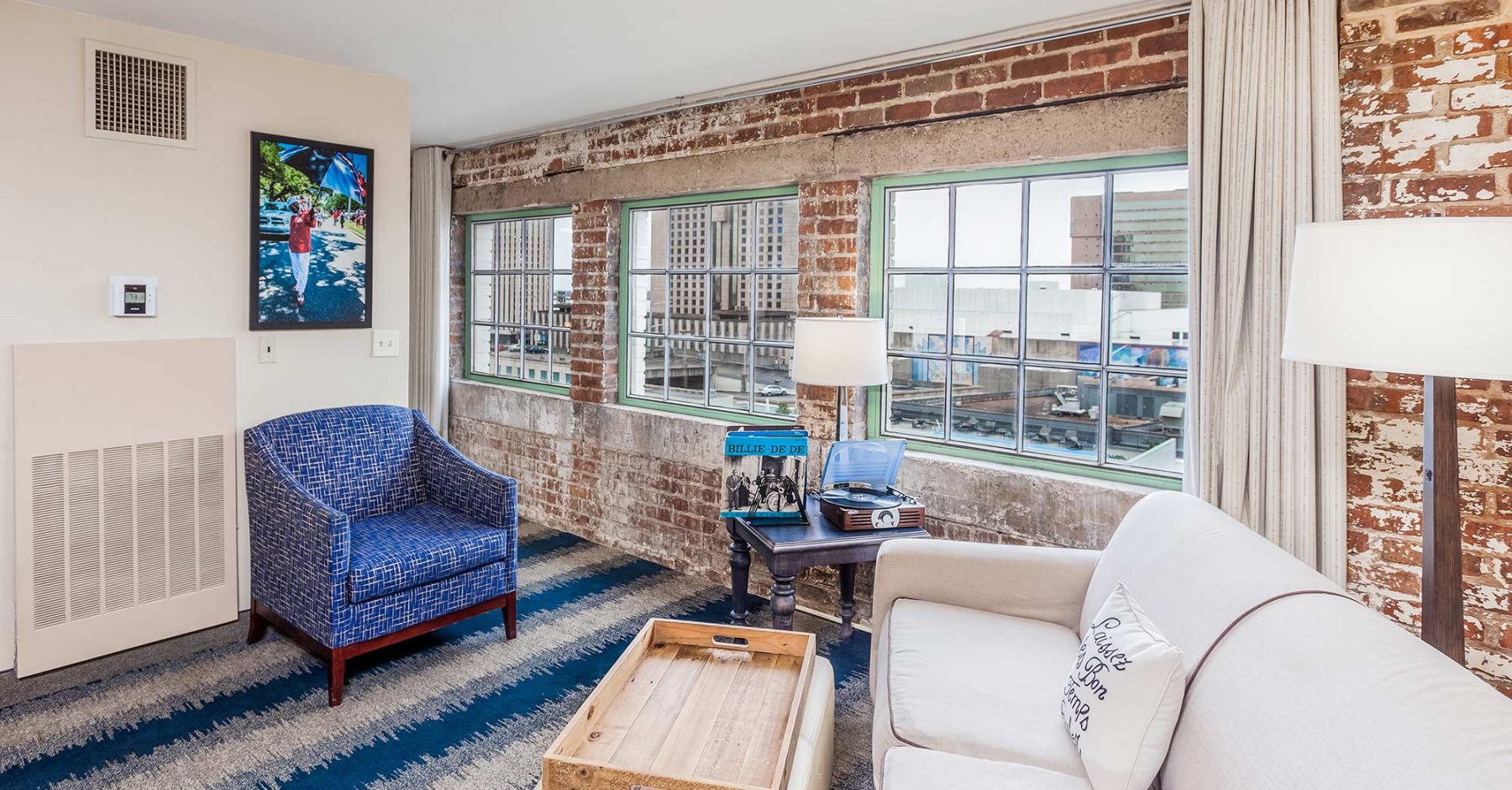 Great location and accommondations at the Mercantile

Where to Stay: We couldn’t have been more pleased with the Mercantile Hotel, an all-suite hotel located in the Warehouse District. As mentioned, it was centrally located for most of our itinerary, which included short walks to the World War II Museum, art galleries and several terrific restaurants. Public transportation and Uber took care of the rest and we even had a nice walk to the French Quarter. On the 10th floor, our spacious room had a grand view of the waterfront and the cruise ships docked there. In a fitting nod to local history, our room even was stocked with a vintage and workable record player along with jazz albums. Having separate areas for sleeping and living areas was a nice amenity.

Incidentally, the hotel is located at the former site of The Henderson Sugar Refinery, a New Orleans landmark and major sugar manufacturer that once produced up to 800 barrels a day. So I guess you could say it’s an all-sweet hotel, too.

Where to Play: I recommend three choices in the municipal, high end public and private course categories. First, there’s the Joseph M. Bartholomew Municipal GC. Originally opened as the Pontchartrain Golf Course in 1956, this course was renovated in 1979 and renamed to honor the first African-American inducted in the Greater New Orleans Sports Hall of Fame. Bartholomew was a city native and led a fascinating life. A patron sent him to Long Island, NY to study golf course architecture and worked under noted designer Seth Raynor. He went on to design a number courses on his own, including several city ones. In fact, he designed courses throughout Louisiana which because of Jim Crows law prevented him from playing.

Home to the PGA TOUR event, TPC Louisiana is only a 27-minute drive from the Warehouse district. It’s rated the 5th best course in the state by Golf Digest and open to the public.

On the private club side, proper introductions will be needed to play Metairie CC, again only a short drive away. Raynor was the original designer in 1922 and Bartholomew worked on the construction and served as the club’s first golf pro. The course was “modernized” in 1938 by architect Jack Daray. But in 2003 the members wisely returned the layout to its original Raynor design.

After a delightful stay in the city, I only wish I were Benjamin Button and getting younger,

For extensive info about visiting New Orleans, check out www.neworleans.com