“Somewhere I was typecast as someone who didn’t know how to build courses to challenge professionals…and I don’t like it when people tell me what I can’t do.” —Tom Doak 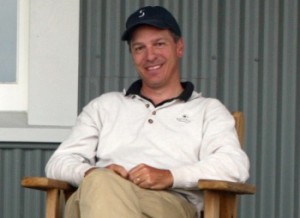 I read the above statement in Tom Doak’s annual “Year in Review” email sent this past January. The context was in regard to his re-design and complete renovation of Houston’s Memorial Park GC which will be the new venue for the Houston Open starting this week. Knowing I’d be in the Houston area in early March, I immediately made plans to visit the course. When Doak is presented with a challenge, he invariably rises to the occasion and often something very special emerges. I wanted to see the outcome from the Michigan Golf Hall of Fame member and celebrated course designer.

Before the pandemic crisis reared its ugly head, I visited Memorial Park (MP) and was given a thorough tour by local resident Mike Nuzzo, the on-site associate designer for Doak’s Renaissance Design, Inc. It was a typically busy day at MP with every hole filled with a foursome of golfers, largely walking, which is always a refreshing sight. (Note: And this was before the pandemic-driven cart restrictions.)

A municipal course, first opened in 1936 and designed by Jim Bredemus, MP is set within a bustling public park and attracts 60,000 rounds per year. (Incidentally, the story of Brademus is interesting. Born in Flint, MI, Bredemus ended up in Texas where he designed over a dozen courses, including Colonial in Ft. Worth. He was inducted into the Texas Hall of Fame in 1981.) 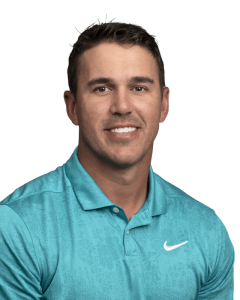 As background, Houston Astros owner Jim Crane offered to rebuild MP, under the auspices of his Astrosgolf Foundation, for the city of Houston so he could move the PGA Tour event back downtown. He not only hired Doak but he also retained Brooks Koepka, the #1 player in the world at the time, to be a special consultant on the project. It helps to have deep pockets.

The city of Houston accepted Crane’s generous offer and closed the course in January 2019. On Nov. 4 of 2019, it amazingly re-opened for public play. In that short time window, MP was transformed from a largely pedestrian layout to one hosting a PGA Tour stop.

Okay, back to my course tour with Nuzzo. From the first tee and looking out at the expanse, the course seemed intriguing but certainly not awe-inspiring. Of course, given Doak’s admired minimalist design ethos, that first reaction is quite common. It’s the subtle elements of design and shaping of the golf course that remain Doak’s enduring appeal.

But first I wanted to get the take on the course from one of the course starters. Starters are usually a ripe source for unvarnished reviews, hearing so many in any given day from paying customers.

“So what’s been the opinion of golfers about the new course?” I asked.

“People like it,” a starter replied. “They like the new holes and how different they are. There’s been a very positive reception to it overall, especially by better players.”

Well, that’s a good start, I thought to myself.

Since I was a first-time visitor, Nuzzo explained the previous layout was a “pretty stock design, with bunkers right and left, standard greens, and no memorable holes to speak of.”

He also said the work on the course in the ’90s largely improved its drainage but really didn’t touch the design of the course.

“With the new design, all the fairways and greens were redone,” said Nuzzo. “Nuisance ponds were removed and fairways given more movement as were the greens. It’s a far more interesting golf course now.”

“The golf course was reshaped and drained to allow the 60 acres surrounding the pond to shed water directly into the irrigation system for reuse,” said Nuzzo. “During the summer grow-in, the greatest demand for water, we rarely turned on the city water. The new grass was being irrigated with primarily rain water.”

Without any prior experience of MP, I could only imagine the herculean labors that took place. Nuzzo said several hundred trees and considerable brush were removed, allowing new sight lines and vistas. There are fewer bunkers now, only 19 in all where previously there were 50. But in keeping with Doak’s philosophy, the bunkers are pivotal and strategic.

The greens had noticeable movement to them, but nothing too severe. Nuzzo pointed out most of the greens have short-grass run offs which can confound players, even Tour pros, when missing the putting surface. 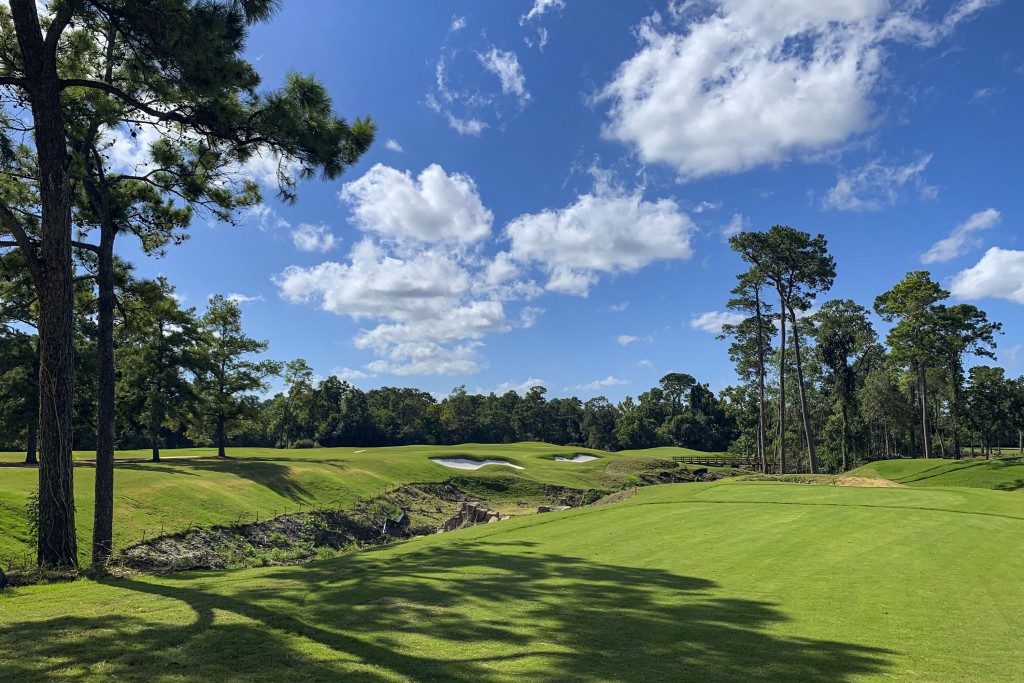 The second hole, a par-three, is a new hole where the green was moved to the other side of the ravine. It looks like it was there when Flint’s Brademus was around. The other holes on the front side all offer added charm but also some sharp teeth from the back tees.

As we toured the course, it was apparent the holes knit together well with a solid routing and flow. I liked how the old timey feel of the layout—with greens and tees near one another—was retained. True to a Tour-level test, the course now has a treacherous closing stretch of holes which, according to Doak, are not his “norm.”  In Doak’s words “in-your-face water hazards” lurk now on 15, 16 and 17. On the par-four 17th, there’s even a peninsula green. Well, Doak did once serve on Pete Dye’s construction crew.

Recently in an email, Nuzzo reported the turf at MP “is great and ready to go.” He also said Tour officials are expected to set up the 13th and 17th as driveable par-four holes on select days.

Given the tour and all the insights imparted by Nuzzo, I was quite impressed with Memorial Park. Doak and company have delivered a first-class golf experience for lucky Houston residents and golfers.

As the Houston Open tees off on Thursday,  I’m betting Doak will lay to rest any silly claims his designs don’t challenge Tour players. I can almost hear him say, “Bring ‘em on!”