With very little drum roll, here’s my take on the Top 10 golf stories for Michigan in 2018. A lot went on this past year on and off the course. It’s especially encouraging to see how Michigan will host annual stops next year on golf’s major Tours. In no particular order, permit me to offer the following: 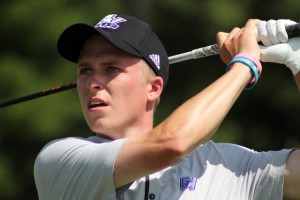 Alex Scott shoots final round 61 in winning the Tournament of Champions. The heralded collegiate standout at GVSU had a breakout year including his win at Boyne, his stellar play at the U.S. Amateur at Pebble Beach and later his Player of the Year honors at the GAM. Expect to hear more of Alex Scott.

Rocket Mortgage Classic is announced as a new PGA TOUR stop at Detroit GC for June 27-30 with a $7,300,000 purse. Here’s another sign of the continued resurgence and renaissance of the Motor City. The tournament next year will follow the U.S Open at Pebble Beach by two weeks so the field should be strong and the classic venue should be appealing to both players and fans alike.

So Yeon Ryu wins the LPGA Meijer Classic at Blythefield in June. Ryu finished at 21-under, two shots clear of Caroline Masson. With the addition of The Grand Taste Garden and the kid-friendly Discovery Zone, the tourney continued to receive high marks by players and the community.

Australian Minjee Lee shoots a 4-under-par 68 in the final round to win the third annual LPGA Volvik Championship at Travis Pointe in Ann Arbor. In the fall, Lee became the first woman to win Australian golf’s most prestigious individual honor, the Greg Norman Medal. Currently, an LPGA tournament in Ann Arbor is not included on the 2019 LPGA calendar. 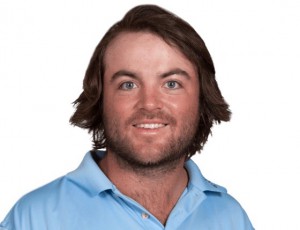 Joey Garber wins a WEB.COM tournament and later earns his PGA Tour card. The former Michigan Amateur champion and Petoskey native won the Rex Hospital Open in June with rounds of 66-65-69-65. In the fall, Garber earned his card thanks to his Top 25 money finish and is fully exempt for 2019.

Tom Gillis makes strong debut on the PGA Champions Tour. The Michigan Golf Hall of Fame member made eight starts and had five top ten finishes good for $533,860. Gillis just missed qualifying for the Charles Schwab Cup Finals which would have meant a full exemption for 2019. But he’ll receive some sponsor exemptions and get into a limited number of events due to past money earnings. 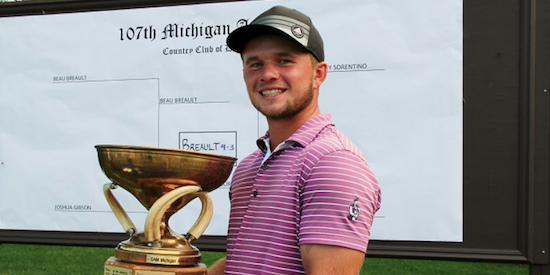 Beau Breault wins Michigan Amateur after being runner-up in 2017. Breault became only the eighth golfer in Michigan Amateur history to claim the trophy a year after he fell short in the finals.

The Dow Great Lakes Bay Invitational, a 72-hole team event at Midland Country Club, is announced in May for the 2019 LPGA calendar.  To be held July 17-20, the partnership between Dow and the LPGA initially will be five years.

Honorable mentions: On the Symetra Tour stops in Michigan, Ruixin Liu wins the Island Resort Championship at Sweetgrass in Harris while Marta Sanz Barrio claims the FireKeepers Casino Hotel Championship at Battle Creek CC;  Michigan qualifiers to the 2019 Drive Chip & Putt Finals at Augusta National in April are Webberville’s Paige Radebach, Sophie Stevens of Novi, and PJ Maybank of Cheboygan; DeWitt’s Liz Nagel comes from five shots behind in the final round to win the Michigan Women’s Open, her first pro victory; and Grandville’s Tom Werkmeister entry on the PGA Champions Tour with four starts and a spot at the U.S. Senior Open. $29,658 in winnings.