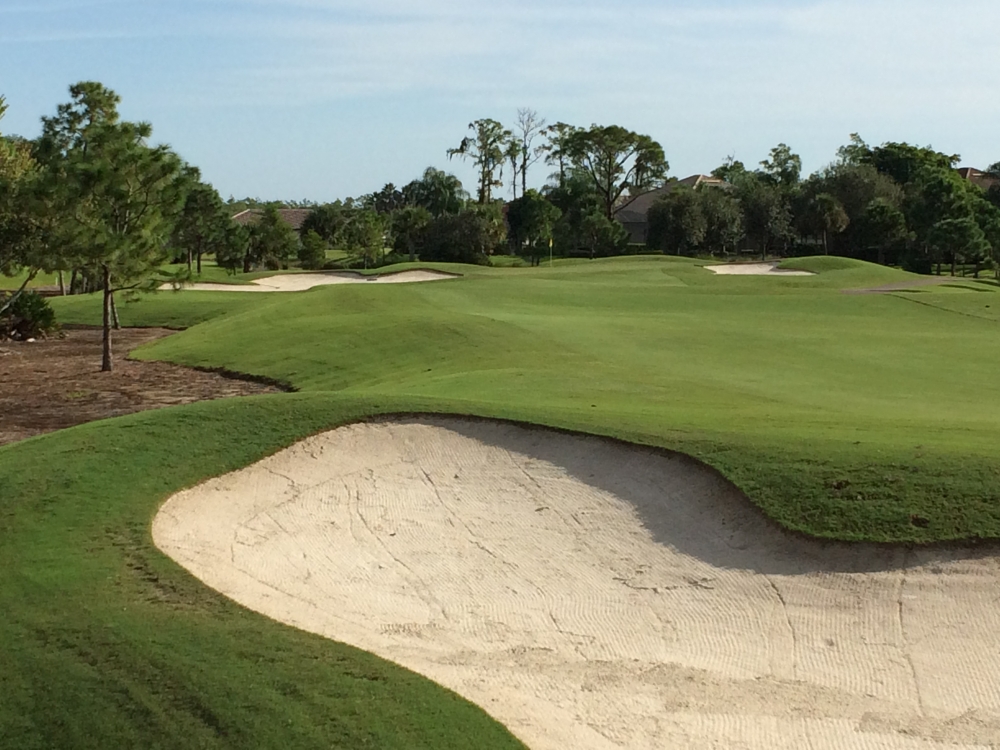 There were two major reasons I was interested in playing Colonial Country Club in Fort Myers, FL. One, it was designed by Gordon G. Lewis, an unheralded but respected golf course architect who’s made his reputation primarily in SW Florida. I’ve played several of his courses over the years and have found them to be solid, sensible designs suitable for golfers of various abilities.

The second reason was its affiliation with Troon, a widely admired firm known for its expertise in “third party management” of golf and club operations not only in the U.S. but around the globe. In other words, Troon—and specifically its Troon Prive’ division—runs and operates Colonial CC for the benefit of its members. Troon Prive’ has the experience, resources and depth of services that are usually unmatched in private club circles. I’ve seldom been disappointed when visiting a Troon property. Suffice it to say, Colonial CC was no exception in meeting my expectations.

Accompanying me on my visit to Colonial was Tony, a fellow Michigander, longtime friend and a strong player with a keen eye about golf course design. We were fortunate to have associate golf pro Dan Pendola serve as our affable,  knowledgeable guide and playing partner. A native of Rhode Island, Pendola provided many insights and entertaining anecdotes about both the course and the club. The only downside to playing with Dan was remembering he was a lefty when it was his turn to play. Along with being patient, Dan impressed us with his game and length off of the tee.

At Dan’s suggestion and being first-time visitors to Colonial CC, we played the combo blue/white tees and it was a good choice. The tees were set comfortably at 6315 yards but there was still plenty of challenge to score well. We were particularly taken with the par-five third hole that played at 512 yards. The number one handicap hole, it demands attention and smart shot-making into the green which features a dramatic swale. The backdrop of the hole is picturesque and neatly sets the stage for the putting surface. Despite good drives by all, no one parred it.

At this point, Dan made the timely comment that “from the back tees (at almost 7400 yards) Colonial is a worthy tournament course.” As the round ensued, we readily agree with the assessment while again savoring how the designer Lewis created smart and diverse tee box options for the layout.

Besides the admirable course conditions (kudos to Super Jeff Cathey), we liked how the homesites on the course were often set back behind ponds and thus did not overly intrude on the golf experience. Likewise, if you’re a lucky resident here the set backs and ponds afford more privacy and seclusion.

The back nine at Colonial offers a slightly different look and feel but it’s still attractive and inviting. It’s tighter than the front yet a little shorter in length. Again, our favorite hole was another par-five, the 12th which ranges in length from 492 yards to a stout 596. It’s called “Pine Alley” which is fitting. Water comes in to play and like the third hole, the green site is nicely framed. And this time, we all parred the par-five.

Another important factor in our enjoyment of Colonial was Troon’s laudable standards about pace of play. Like much of the golf industry, Troon realizes slow play is ruinous to one’s enjoyment if not adoption of the game. That’s why it established the “Troon Values Your Time” program. Essentially, it sets a time standard or guidepost—TIME PARS— for playing a round in an up tempo yet comfortable fashion. The TIME PAR for Colonial was set at “four hours and 16 minutes” for normal play and 20 minutes faster for designated morning “pacesetter” tee times.

Since Tony and I are fast players (“we miss ‘em quick”), Colonial’s (and Troon’s) pace of play program was preaching to the choir. And it was taken seriously during our round by Dan. On several occasions, he spoke with marshals about a few unexpected bottlenecks. As such, we liked how the pace of play program was monitored in a friendly yet concerned way.

Although our time after the round was limited, we did a quick tour of the stylish clubhouse and dining facilities. Colonial CC is a full-service club with a host of amenities including health and fitness facilities, a library, craft room, massage rooms, swimming pool and tennis courts. The course also features a driving range, open to the public for an hourly fee, as well as a putting green. The community itself has neighborhood parks and trails. On the day we visited the complex was bustling.

One more thing: A golf saying espoused by the club is: “Don’t take this too seriously, relax and enjoy the round.”