Even if my golf cronies aren’t listening—and really I can’t blame them for wearing ear plugs—I often repeat one of my trusted sayings: don’t obsess over not having the latest equipment and technology. “Your current driver or set of irons is just fine. Take a lesson with a PGA professional, instead.” 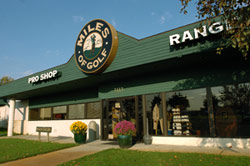 And generally speaking, I still believe in this philosophy. Game improvement should start with adhering to and honing proper swing and short game fundamentals. But as I have learned over the years, don’t ignore the advantages of playing with the proper equipment suited to one’s game and physical attributes—especially as one gets older and those physical attributes gradually change. I was reminded of this truism this fall after scheduling a driver fitting at Miles of Golf near Ann Arbor, one of the most respected and acclaimed certified fitting locations in the country. And this is a big country.

I last did a driver fitting four years ago at Miles of Golf and ended up ordering the Titleist 910D3 model with a 8.5 degree loft, stiff shaft. With the club, I saw immediate improvement in both length and accuracy. Of course, the highest compliment about it was when my older brother remarked during a round: “Man, that driver is hot.” Still in my hand, I didn’t see any resemblance to a supermodel. But hey, I appreciated the words while wondering if my swing had anything to do with those well-struck drives. But that’s asking a lot of an older brother—if you know what I mean.

Earlier this fall I decided to get a driver check-up. I had an inkling that spending a session with Mr. TrackMan (launch monitor) and a knowledgeable fitter might be beneficial. Besides, my overall swing was pretty sound and consistent and was delivering solid scores. That’s an opportune time to visit the Cluboratory, Miles of Golf’s award-winning club fitting facility. 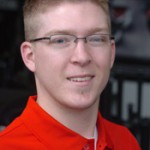 My club fitter was Bryan Carpenter, an experienced, tech-savvy and friendly individual who’s been part of the staff for the past six years and a club fitter for five. A graduate of University of Detroit Mercy with a MA degree in Architectural Design, Carpenter said his education has been relevant and helpful to club fitting. “This stuff makes a lot of sense to me. I have a good math and physics background and that relates really well when it comes to driver and club fitting, especially with the numbers-crunching Trackman,” said Carpenter.

I also like how he’s a competitive golfer and remains active in tournament play when his schedule allows. A frequent qualifier of the Michigan Amateur, Carpenter and Jim Lewis finished runner-up this past year in the GAM Senior/Mid Am team championship. Players/Fitters like him get the nuances and quirks of competitive players and their equipment. Even way-down-the-scoreboard players like me.

After studying my drives under the watchful eye of Trackman, here’s what Carpenter had to say about my Titleist 910D3:

—“Your swing speed doesn’t seem to match up well with this driver and its loft and shaft contribute to a flatter ball flight.”

Then I continued with my quasi-aerobic fitting exercise, hitting a number of drives (it can be tiresome) with several different brands, lofts and shafts. To cut to the chase, Carpenter recommended the new Titleist 915D3 with a 9.5 loft, stiff Diamana shaft. Here’s why:

—The added loft and a lighter (only 50 grams) and higher launching shaft increased carry off the drive. “Your trajectory increased by at least five feet in the air,” said Carpenter. 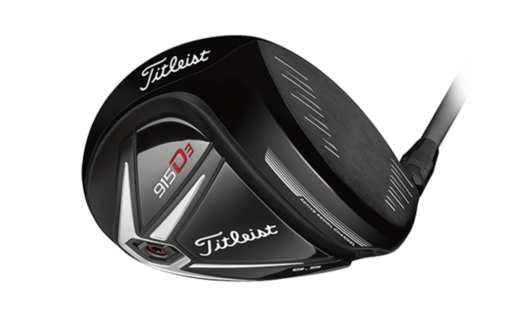 The new attributes and features of the Titleist 915D3 include:

—Active Recoil Channel™ which according to the Titleist website “delivers more distance by actively flexing at impact to launch the ball off the face with higher speed and lower spin.”

—High MOI (moment of inertia) Design: “Reduced thickness up front allows weight to be strategically placed in the back, resulting in a low and deep CG (center of gravity) that provides ball speed while preserving forgiveness.”

On that last forgiving trait, Carpenter added: “With this driver, you not only added length and height but your misses were better, with an acceptable left to right shot—a playable shot.” This was music to my ears as I’ve long subscribed to the adage that “the game is all about the quality of one’s misses.”

Carpenter also enlightened me on the efficacy of the latest technology. “People think there can’t be a huge change in equipment from one year to the next,” he said.  “But the companies always seem to prove us wrong. There are more often than not significant improvements. For example, we’re seeing the lowest spinning drivers nowadays.”

OK, so maybe a re-write is in order for my opening paragraph.