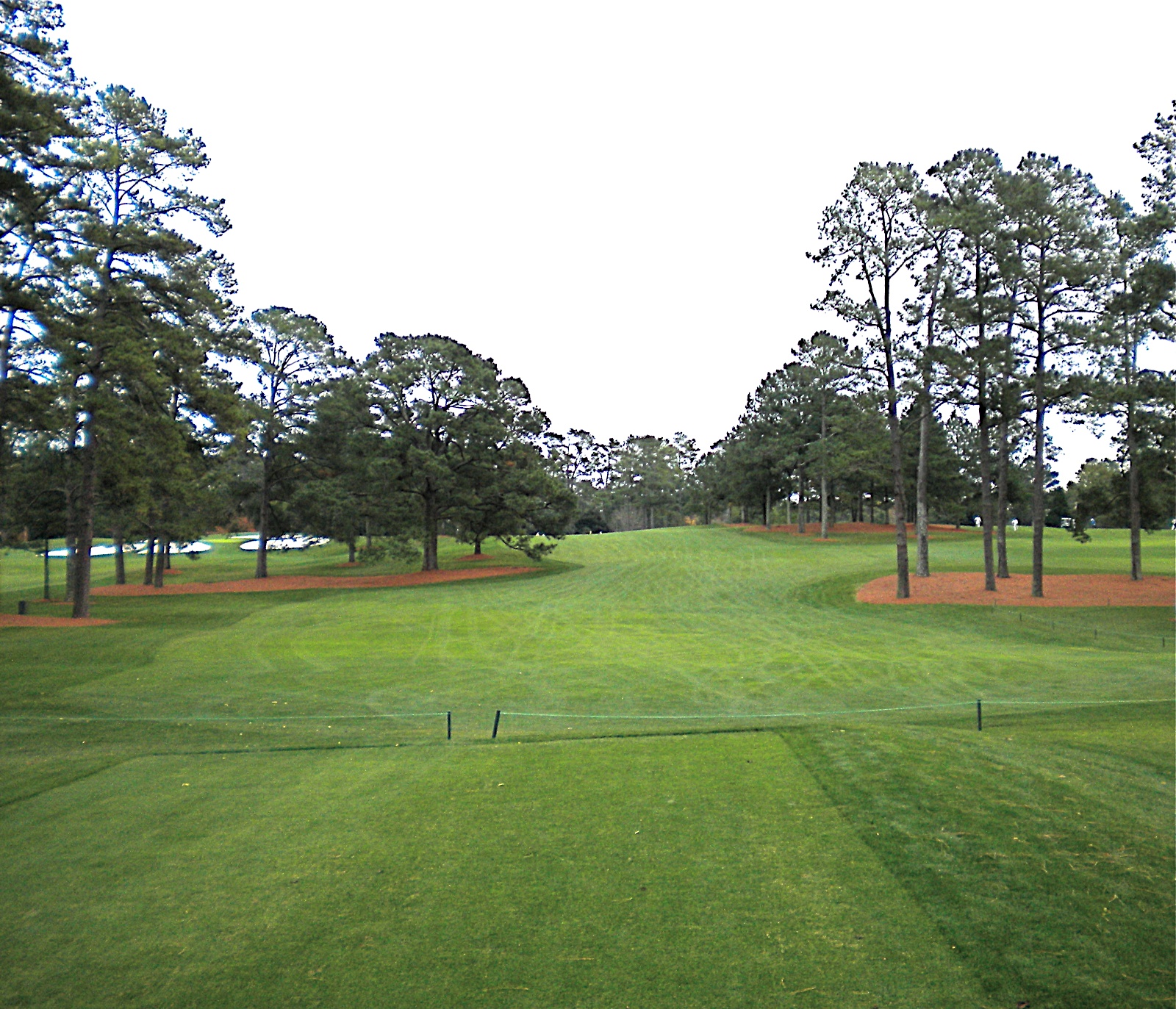 Recently I played golf with Roger Terry, a retired orthopedic surgeon and consummate golf gentleman who answered this question: What ever happened to the famed and fallen Eisenhower Tree at Augusta National? As you may recall last year the huge 125-year-old loblolly pine that guarded the left side of the 17th fairway suffered irreparable damage due to a snow and ice storm. Beyond repair and already supported by cables, the 65-foot tree was taken down and cleared before the 2014 Masters.

In a statement last year, Club Chairman Billy Payne said, “We have begun deliberations of the best way to address the future of the 17th hole and to pay tribute to this iconic symbol of our history—rest assured, we will do both appropriately.”

While the future of the 17th hole is still being debated as far as the space left by the tree, a tribute to it has been quietly arranged. In the past year, wood taken from the tree was used to make a beautiful cabinet table which now sits in the clubhouse’s famous wine cellar.

According to Terry—who played Augusta National a week ago as a guest of a member who gave him a personal tour of the clubhouse and wine cellar—the elegant handiwork was at the end of the wine cellar’s hallway. On top of it rested a vase of fresh flowers and above it hung a color portrait of the Ike Tree. Perfect—especially with a glass of fine Cabernet in hand poised for a toast.

Incidentally, Terry has published “In the Grill Room,” a volume of insightful and entertaining stories about Austin Country Club and Harvey Penick. It’s available through Amazon.com

2 Responses to “A Fitting Tribute to the Eisenhower Tree”