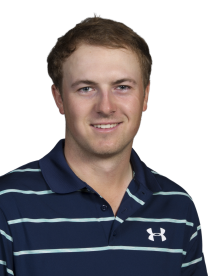 (Augusta, GA) In the summer of 2010 when Egypt Valley CC in Grand Rapids hosted the U.S. Junior Amateur, I made the conscious decision to follow all 18 holes of the defending champion’s first qualifying round. His name was Jordan Spieth. Besides carrying the USGA title, Spieth, 16, arrived in town as one of the hottest juniors in the game, heralded for making the cut at the PGA Tour’s Byron Nelson Classic in consecutive years. With that sort of track record, Spieth was a must-see attraction at Egypt Valley, a demanding design by Art Hills and set up to USGA’s usual rigorous standards in terms of green speed, heavy rough and added length.

Spieth’s performance that day didn’t disappoint. In fact, it was inspiring on several different levels. First, he dissected Egypt Valley with the smoothest five-under par 67 I could ever imagine. He demonstrated total control of every part of his game and never came close to struggling on a single hole. Secondly, his poise and good manners displayed were memorable. He was positive and upbeat but also focused and determined. Most revealing was how he acknowledged and applauded the fine shots and holed putts of his playing companions. Here was a classy and friendly teenager with a bullet-proof game. Even though Spieth later bowed out in match play, that week confirmed his exceptionable talents and bright future.

Now fast forward almost five years and Spieth is the 2015 Masters champion. Again, he arrived in town—in Augusta—as the hottest golfer on the planet. In his three previous starts, he finished first, second and a tie for second, losing in a playoff in Houston. In a pre-tournament poll of 90 media members at the Masters, Spieth was the favorite pick to win— garnering 26 votes while Rory McIlroy, the world’s top-ranked player positioned to complete the career Slam, was second at 12 votes.

After attending Spieth’s Masters press conference on Tuesday, I walked away convinced he could win his first green jacket. In part, it was due to his quiet confidence and composure, a maturity beyond his years. Yet it was Spieth’s hunger and drive about winning the Masters, without any hint of arrogance or cockiness, that was most telling.

My ears perked up when I heard him talk about last year’s Masters when he faltered on the back nine on Sunday and lost to Bubba Watson by three shots. “So I guess the hardest lesson taken from last year was that I had an opportunity to make a dream come true, and I had it in my hands, and then I was just a little anxious,” said Spieth. “You can make the excuse that as a first‑timer and whatever, 20 years old, that that’s likely to happen. But in my mind, I was playing the best through whatever it was, 60 holes, 62 holes, and…didn’t quite close it out. So it was very disappointing, because I felt like the golf course was going to play into my hands…and I felt like the way I was putting and the way I was striking my irons, I could close it out.”

Obviously, Spieth wasn’t settling for just being a mere contender in last year’s Masters. His goals were much higher and this year was more of the same, with added measures of determination and momentum. He drove down Magnolia Lane on Thursday morning aiming to win.

So beyond his unflappable demeanor and competitive edge, how did Spieth take apart Augusta National in a record-tying and wire-to-wire winning fashion? There were several key components:

Course knowledge and preparation: Spieth credited fellow Texan Ben Crenshaw and his longtime caddie Carl Jackson for providing helpful tips to him and his caddie Michael Greller over the last two years during practice rounds. He said: “It’s funny, I told Michael I was going to buy a tee shirt for him that says, “Carl says” because he keeps saying that to me out there. So we’ll have to get that made (laughter).” Spieth said Crenshaw advised him during their nine holes of practice on Wednesday “to hit a couple putts here and there, from this spot to this hole, to get a feel for the speed and the influence of the creek.” Spieth also intentionally played fewer holes prior to the tournament than a year ago so as “to keep the momentum going and not wear myself out.” He added, “I spent less time on the driving range and more on chipping and putting.”

Solid short game: Spieth was superb on and around the greens. After Saturday’s round, he talked about embracing the challenges of Augusta’s confounding putting surfaces: “I like faster greens and more slope and having imagination….seeing that curve and seeing where it’s going to roll around, that’s the way I like to putt. A lot of times when you get flatter greens or the ones that are not as fast, technical putters putt better. Those are not my style. I like to be able to find and pinpoint the high point of a line and then judge the speed off that, or vice versa I guess.”

Mastering the par fives: Although the course played softer and with less wind, Spieth capitalized on the par-fives going 12-under par on them for the four rounds. (In 2014, he was only five under for the week.) His most remarkable birdie occurred on the par-five 8th hole on Saturday. After his tee shot plugged in the fairway bunker forcing him just to blast out, Spieth fired a hybrid shot from 228 yards out to three feet of the cup where he made the birdie putt. Possibly a two-shot swing on the field, it was “the shot of the day.”

Avoiding the dreaded “other” on the card: A train wreck of a hole can derail any Masters bid and Spieth’s worse hole for the tourney was a double bogey six on the 17th hole during the third round. And when Saturday’s round could have ended on a sour, diffident note, he then made a “huge” par save on 18 to maintain a four stroke lead going into Sunday.

Acceptable misses: It’s a truism that elite tournament golf is a game of acceptable misses. In other words, how good are one’s errant shots? Spieth’s misses were in places from which he could recover and still make par. His stray tees shots were almost always were to the right side so he essentially took the left side of the course out of the equation.

Stats: In the all-important Greens in Regulation statistic, Spieth was second overall with 54 out of 72 greens hit, or 75%. And indicative of his 28 birdies and 18-under par tournament total, he was third in overall putting averaging 1.5 putts per hole. He had three three-putts overall, and two of them were in the third round.

The game of golf has a most admirable star in Jordan Spieth. Humble, polite and well-grounded with a supportive family and friends behind him, he recognized the Masters title is “as great as it gets in our sport.”

Same could be said about what he did this past week in winning the 2015 Masters.