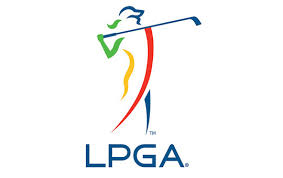 The LPGA may add another Michigan stop in ’16.

First seen in the Aug. 31 edition of Golfweek, it appears Ann Arbor will be the site of a LPGA tournament next year. Its Forecaddie column says: “That Michigan, the Mitten State, is likely to add a second LPGA event in 2016. In addition to the popular Grand Rapids stop (Meijer LPGA Classic) plans are in motion for the tour to play in Ann Arbor, Mich.”

Following up on this tidbit, a trusted source told me: “I certainly wouldn’t bet against it.”

Although it won’t match those golden bygone years when Michigan hosted the Buick Open (Grand Blanc), the Oldsmobile LPGA Classic (Lansing), the Ford Senior Players Championship (Dearborn), Farmers Charity Classic (Grand Rapids), and the Western Amateur at Point O’ Woods in Benton Harbor, 2016 will see a strong line-up of tournaments throughout the state.

In addition to the likelihood of the two aforementioned LPGA stops, there will be the Senior PGA Championship returning to Harbor Shores and Benton Harbor in late May; three different Symetra Tour stops at Battle Creek, Harris (UP) and Tullymore; and the U.S. Amateur at Oakland Hills CC in August. That’s seven tournaments in all from May until August.

About that Golfweek issue, I must pay a special mention about an outstanding article written by James Achenbach, the magazine’s longtime columnist and award-winning equipment writer who’s now retiring after 40 years. In his column, Achenbach eschews talking about his career and instead lauds praise on PGA club professionals who have effectively combatted slow play. In particular, he points out 10 “fast play” tips from two longtime PGA club pros, Dick Hyland in Scottsdale, Ariz, and J.D. Ebersberger in La Quinta, Calif. Some of the tips aren’t new or revolutionary but they deserve repeating. Permit me to paraphrase and consolidate some of them while you search out the issue for yourself:

Play ready golf, determine yardage before you hit, and whenever possible do continuous putting. 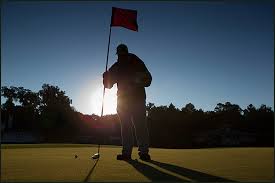 “First one in, grabs the pin”

The first golfer to hole out should hold the flagstick and replace it. My preferred saying has been: “First one in, grabs the pin.”

If riding, park the golf cart on the exit side of the green headed toward the next tee. Can’t believe how many clueless people miss this time-saver.

Give the golf pro the authority to manage slow play groups. Hyland’s approach is to turn a possible confrontation into something positive by asking, “What can I do to help.” In my experience at both private and public courses, not enough “soft power” is granted to marshals, starters or pros trying to monitor and plod groups.

On par-three holes: “spray paint the exact yardage to the flagstick from various tees.” Note: some clubs place a “yardage meter” next to the most popular tee. Fortunately, today’s technology has sped up distance gathering. Remember walking off the paces from the 150-yard marker?

I would add a few more tips to this excellent list culled by Achenbach. If you’re riding in a cart, avoid taking the head cover on and off of your driver. In fact, I use a battery-powered trolley and I always place my driver and putter covers in my bag to save the time and fuss over them. Your clubs will be just fine. Or replace covers when there’s a lull or wait during the round. And if you bring a towel or extra club to the green, leave it near or on the flagstick where it will easily be found.

Anyway, thanks to Achenbach for being ever vigilant about “the havoc created by slow play.”

Images courtesy of the LPGA and the USGA