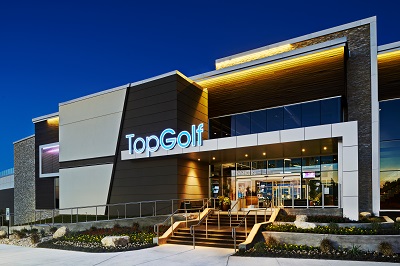 This week is one of my favorite weeks to watch golf on television. It’s the week of the World Golf Championships-Dell Technologies Match Play at Austin Country Club in Texas. I relish it for several reasons: 1) I love watching match play and its inevitable surprises, twists and turns; 2) I love watching it being played at Austin CC, a tough but fair Pete Dye design that I’ve been fortunate to have played on several occasions. (Yes, it lowered its guest criteria); and 3) I love seeing Austin, a thriving and busy city widely known for its music, food, art and varied outdoors recreational outlets. And yes, it’s the state capital, home to the University of Texas and a host of high tech companies like Dell and Apple and HP.

Over the last several winters, I’ve traveled to Austin to escape the Michigan winter and visit family that’s wisely relocated there. Along with the joys of playing some golf and hitting the practice range, I’ve also visited Austin’s Topgolf facility. As most of you know, Topgolf is a phenomenal success as a business and as a golf outlet. Fortunately, Michigan will have its first full-fledged location open later this season in Auburn Hills. I’m confident it will be a big hit if it’s run and managed like the one in Austin. And for those few poor souls unfamiliar with Topgolf, the best way to describe it is a hip, cool driving range and entertainment center on steroids for the 21st century. And definitely, the emphasis is on entertainment.

In 2017, Topgolf’s 40 locations nationally attracted over 13 million guests and over 671 million golf balls were hit. Although figures for the Austin outlet were not available, it’s safe to say it’s one of Topgolf’s busiest locations. 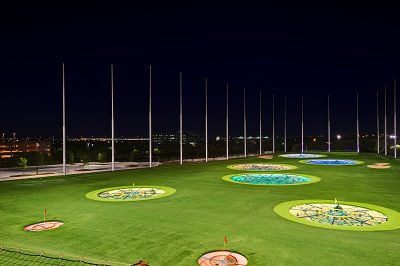 Last year, I experienced Topgolf for the first time. Joined by my family— which included my six-year-old granddaughter—we all had a grand time. The facility was efficiently run and customer service was spot on. As noted last year, I especially admired how the target greens were designed to collect shots hit near them so even my granddaughter’s mishits “scored” some points on our monitor. The hour or so we spent flew by and as we left we talked about a return visit, including our youngest fan of Topgolf.

Last month, we paid that eagerly awaited return visit. We went on a Sunday afternoon and the place was bustling with each of the 100 bays booked. Last year, we were on the second deck above the main floor and it offered a nice view of the expansive range. However, we were somewhat skittish whenever my granddaughter had her turn to hit. Although there’s safety netting in front of the teeing area, wary adults still think about the drop off. This year our bay was on the main floor and it provided no such parental angst.

As I did last year, I took special note of the clientele. There’s definitely a diverse group of golfers enjoying themselves as seen by their nice swings and sound fundamentals. But once again, Topgolf’s sizable entertainment assets attract a high percentage of non-golfers. Paraphrasing Cyndi Lauper, they just wanna have fun. In fact, Topgolf reported that over a third of its customers are non-golfers.

Wylie Manson, the marketing manager at Austin’s Topgolf, says “Topgolf is evolving from a place to a lifestyle.” He says the facility is being used “to celebrate everything from life-changing moments that matter to just another Wednesday.” Or in our case, just another Sunday.

Our experience lasted a little over an hour and included some beverages and appetizers savored between our respective turns hitting shots. My granddaughter liked how her drives resulted in points being automatically calculated under her name on the monitor. She also liked her french fries just as much.

The Topgolf experience and success story always beg the question of whether or not it will lead to increased business and rounds at regular golf courses or will it supplant regular golf for this high-tech, entertaining version. Industry observer Jim Dunlap argues that traditional golf has too many barriers for new and existing customers. He talks about the “total time commitment” posed by traditional golf—the time invested traveling to and from a course, the playing time, and the 19th hole. Dunlap says an 18-hole golf outing may require a total time commitment of six to seven hours. Such an allotment of time might be readily available to seniors and retirees but not young adults and those with families.

There’s definitely some valid concerns with Dunlap’s time analysis. However, the renewed interest in playing nine holes (or less) is always an option. Nine-hole golf leagues remain attractive because they require less time while being highly social. And travel will always be part of any recreational or social event—whether it be going to a park or to a movie. However, Topgolf’s attractive food and beverage offerings and its sports bar atmosphere—that can be partaken rain or shine—are competitive advantages. Its technology gives it an important edge, too.

Manson says “technology enables us to continuously refresh how we engage and connect fans in personal, innovative and surprising new ways – both inside and outside the venue.” He adds: “Toptracer is a great example. This revolutionary ball tracking technology is being integrated not only into venues but golf courses throughout the United States.” Toptracer is the re-branded name of Protracer, the Swedish company Topgolf acquired in 2016 after it became such a big hit on golf telecasts capturing and tracking ball flights in PGA Tour tournaments.

Suffice to say Topgolf is not a passing fad like those elaborate miniature golf courses that popped up in the ‘80s. It’s taken the best aspects of golf—the experience of watching a well-struck ball in flight—and added its refreshing slants on driving ranges, bowling alleys, video games, all in a sports bar setting.

No matter what your thoughts on the enterprise and how it effects traditional golf, one can’t argue about its success or its drawing power for millennials.

And as my granddaughter will attest, the french fries are delicious.