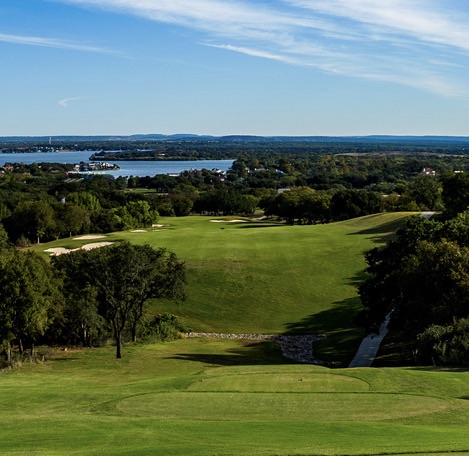 I planned to publish this article last March as part of a preview to the Dell World Match Play Championship in Austin where I visit for a few weeks each February. Well, the pandemic took care of that. Even though that tournament won’t be held until 2021, I do want to share some information and thoughts about playing Apple Rock, a fine resort course at Horseshoe Bay, located an hour’s drive northwest of the capital city.  (Covid-19 public health, safety and cleaning protocols are in place at the course and throughout the resort.)

As only savant readers may recall, last year I wrote about Ram Rock, Apple Rock’s notable sister course at Horseshoe Bay. As part of a $90 million renovation project for the entire resort, all three of its public courses (the other being Slick Rock), each designed by Robert Trent Jones, Sr., underwent major improvements. I was duly impressed with Ram Rock and the player-friendly enhancements made to it.

Eighteen months ago, I was given a cart tour of Apple Rock, closed at the time due to renovation, and found it visually inviting with terrific views of Lake LBJ in the Texas hill country.  The head pro kindly invited me back this year to play when it opened. My memory may slip its gears at times but not when it comes to golf invitations.

Apple Rock plays even better than it looks from a cart tour. The improvements, under the deft direction of Mark Voss, Senior Project Manager for Robert Trent Jones II’s design team, in concert with the course staff, were well-planned and executed. As importantly, they fundamentally didn’t disturb or alter the original intent and design of the course. It’s worth noting Apple Rock was named “Best New Resort Course” by Golf Digest in 1985. To borrow a phrase, its bone structure was sound and strong.

But the game has changed in the past 35 years and the resort was wise to address it. The renovations led to expanding green size which allowed for more pin positions, rebuilding bunkers while adding firmer and visually pleasing lighter-colored sand, and changing the greens to a heat-resistant 007 bent grass. Into the mix, were the reshaping and leveling of some tee boxes and the addition of continuous cart paths. These changes have made the course more playable and less penal while also reducing maintenance costs. And continuous cart paths are an economic necessity for resort courses that can’t afford losing cart revenue for guests and outings following a deluge. Again, they were added with minimal visual distraction.

The day I played Apple Rock I was paired with two congenial Canadians—a father-in-law (Bill) and son-in-law (Brian.) Their different playing abilities gave me added perspective about how the course and the changes stacked up. In fact, we largely played from different tee boxes.

We all agreed driving accuracy was demanded because wayward tee shots aren’t given a license to stray. And second shots to some of the slightly elevated greens also posed a test at times. But overall, we found the challenges reasonable and not excessive.

The stretch of holes on 10-12 offered stunning views of Lake LBJ. It would be hard to match the beauty and brawn of the par-five 10th hole with its high and elevated tee looking down at the fairway and the lake. And the par-three 12th hole of moderate length has almost an island green that requires a well-struck shot or a very lucky bounce (as seen by one of our players).

In spite of it being late winter, the conditions were very good and the greens rolled well. They’ll only improve with time. Given the new bent grass on the greens, the conditions in the summer and early fall should make guests and members very happy.

There’s a nice flow and routing to the course as well as a varied collection of par-3s, 4s and 5s. And the uphill par-4 18th provides an ideal and Instagram-worthy ending to the round. Each of us thought Apple Rock imparted a memorable golf experience.

I should add that being paired with my new Canadian friends was a lucky break. It brought to mind an observation of one admired golf writer: “Where and how you played is seldom as rewarding as the company you kept.”

Often the key to good social chemistry on the course is simply being inquisitive and finding out about one’s partners. The social fabric of the game is best knitted in the interrogative not the declarative.

Case in point was when I asked Bill, a fellow baby boomer who grew up in Liverpool, England, if he’d ever seen the Beatles.

“Of course. I saw them the first time at The Cavern Club in Liverpool when they were known as The Quarrymen,” said Bill. “In fact, Pete Best was the drummer then before Ringo Starr.”

Paraphrasing John Lennon and my plans to play Apple Rock again, imagine that!

It’s always comforting to return to a resort knowing its accommodations, amenities and service won’t disappoint. That’s the case with Horseshoe Bay. My family spent a weekend there a year ago and due to the reopening of Apple Rock, I had a good excuse for a return visit. 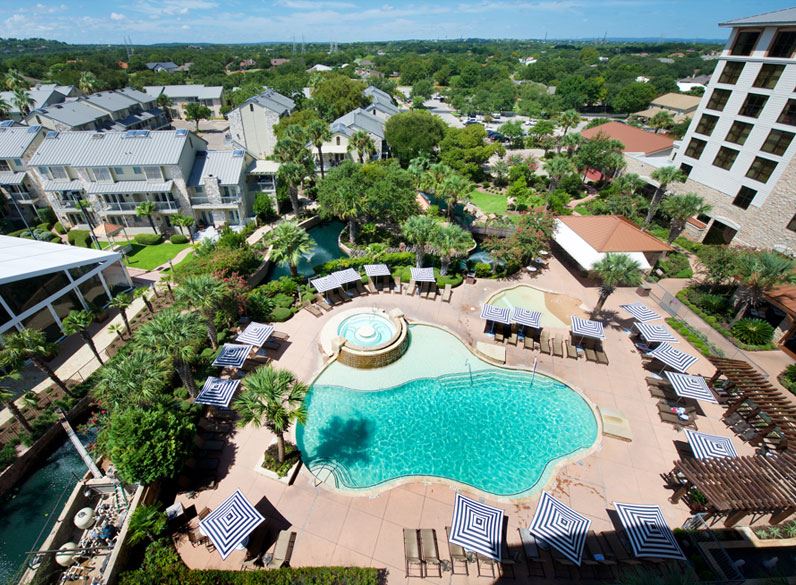 And we had a chance to sample some areas of the resort we missed last time. But first my granddaughter made sure we visited the pool and hot tub.  She had her priorities set. As expected, both were in fine temperature and several hours of leisure and relaxation followed.

For families, there are two- and three-bedroom condo-style units, featuring kitchens and spacious dining and entertainment areas. And for families that like to indulge in evening games, like we do, the rooms are ideal.

Last time, we only watched some couples and families play the Whitewater putting course located next to the hotel. This time around, we didn’t miss it. It’s a winner. With zoysia grass greens, Whitewater features waterfalls, water hazards and bunkers all set within a garden landscape. There’s even exotic birds. My granddaughter is just getting into golf and this smaller version of it was to her liking. 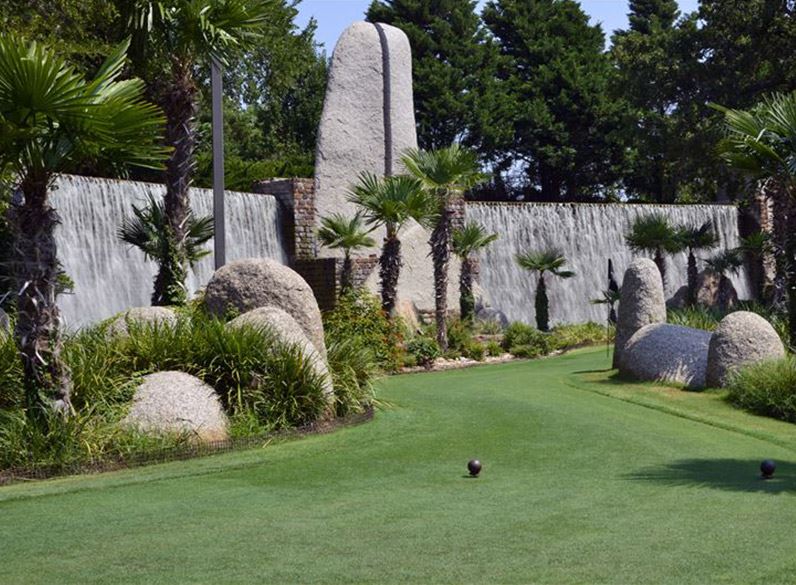 We also stayed on property one evening and were delighted with the views, food and overall ambience of the Waterfront Bar & Grill. Located beside the marina, it’s menu is eclectic and included Texas Gulf Coast seafood which was a hit. Be sure to get reservations before sunset because the scenery is spectacular. If it’s warm, consider sitting outside on the patio.

Horseshoe Bay is a multi-facted resort boasting a full service spa, walking and bike trails, tennis, golf, pickle ball courts, fitness center, a marina, and lots of dining options on property and off. The resort is also pet-friendly with designated accommodations along with plenty of areas for walking the dog on a leash.

If couples and families are looking for a place well-suited for a weekend getaway or for stay vacation, Horseshoe Bay answers the search.